- Yilanli Kale
(Detail of a relief at Karatepe)

(December 1836) Quitting Misis we passed a low range of rocky hills, designated as the Jebel Elnur (Mountain of Light), on the north of which are the ruins of the Shah Meran (Castle of Serpents).
William F. Ainsworth - Travels and Researches in Asia Minor, Mesopotamia, Chaldea, and Armenia - 1842

Yilan in Turkish means snake: it seems this castle owed its name to a (lost) relief above the entrance which portrayed a snake or a mythological king having the body of a snake. Yilanli Kale is located at the southern end of the Cilician plain on a hill near the Pyramus (today Ceyhan) River: it controlled an important east-west route linking Cilicia with Mesopotamia. The castle is visible from a very long distance and today it has become a landmark for motorists travelling on the highway between Adana and the modern city of Ceyhan. 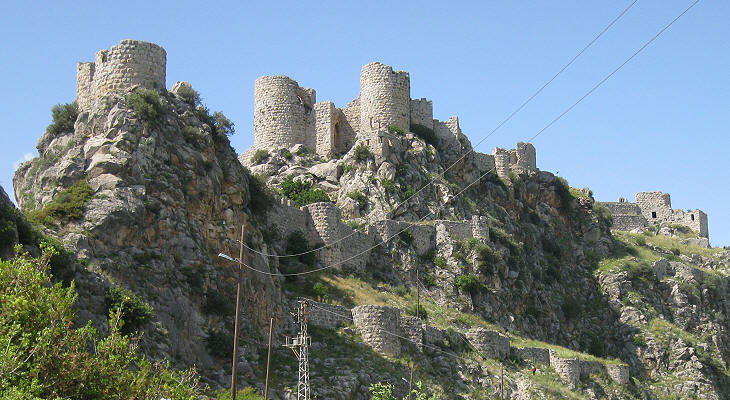 Because of its position and steep rocks it is likely that the hill has been fortified since antiquity; the current castle was built in the early XIIIth century most likely by Leo I, first king of Lesser Armenia. Two enclosures of walls surround the upper part of the hill to protect the access to an isolated bastion and to the main castle. You may wish to see Gaston, another fortress built by Leo I. 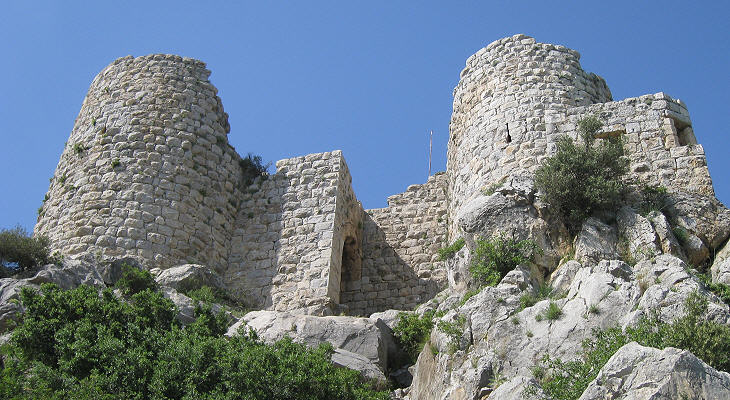 Entrance to the castle

The entrance to the castle was protected by two massive towers; nowadays the access to it is obstructed by boulders: some believe this is due to earthquakes, however because the towers have not fallen and the boulders are at the top of the hill, this explanation is not entirely satisfactory: it is possible that the boulders have always been there and that in time of peace timber ladders facilitated the access to the castle. 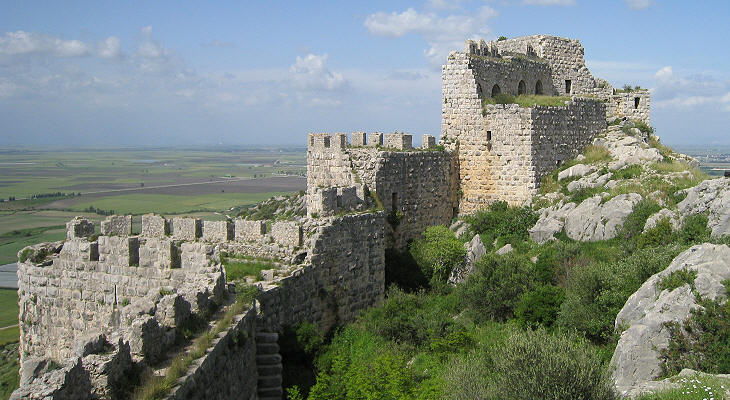 Northern walls and the residence of the commander (upper right corner)

Yilanli Kale and other Armenian fortresses are characterized by horseshoe towers and by the use of stones projecting from the surface of the wall, e.g. Sis; Armenian masons were very capable because this castle is still in relatively good conditions, although it has been abandoned for centuries. It is likely that the access to the residence of the commander was facilitated also by timber structures. 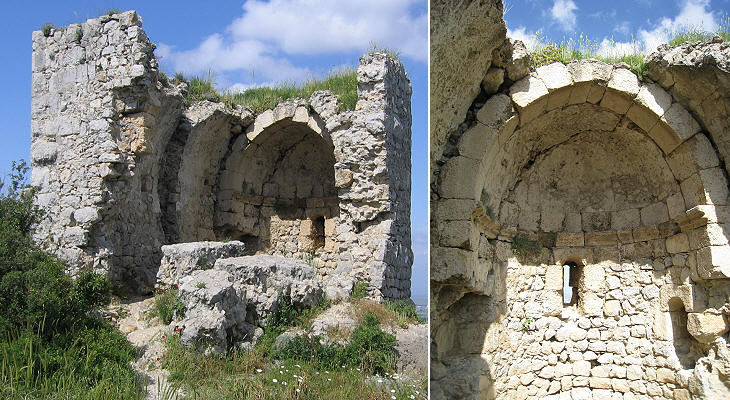 Tower including a chapel (notice the moulding)

The Armenian barons had little to fear inside their strongly built fortifications, but they were unable to prevent Mamelukes from raiding the countryside and the small towns located at the foot of their fortresses. These tactics impoverished and depopulated the country and the Armenians eventually no longer had the resources to garrison their fortresses. 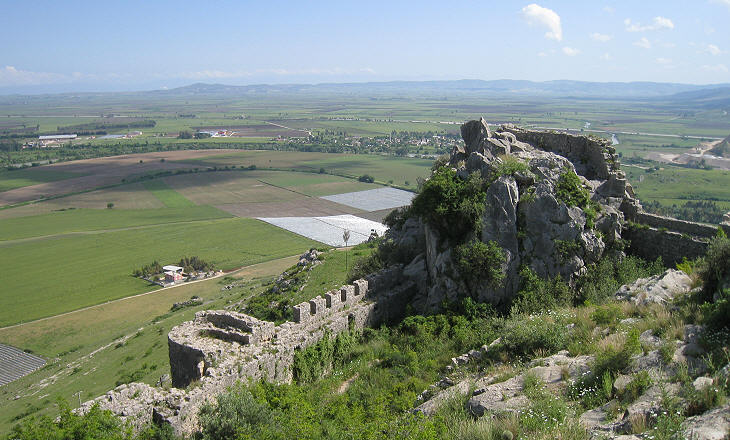 View towards Sis: Armenian fortresses were visible from each other

In 1337 the Mamelukes invaded Cilicia with a large army and besieged Laiazzo, a key port: their aim was no longer to raid and loot, but to permanently control Cilicia; the Armenians had to abandon or surrender many of their castles and fortresses, including Yilanli Kale. 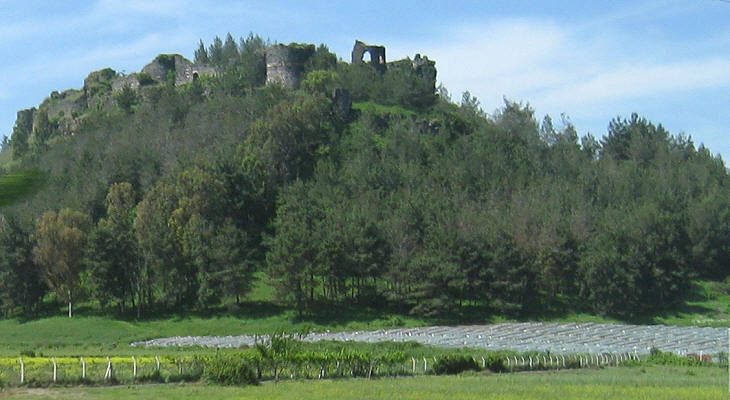 Toprakkale is another Armenian castle located along the modern highway, at the junction with the road to Antioch. The Mamelukes conquered Toprakkale in 1298, but they did not hold onto it and the Armenians reoccupied the castle. The Mamelukes raided Toprakkale again in 1304 and carried out modifications after it permanently fell into their hands in 1337.