- Birecik
(Detail of a relief at Karatepe)

We came to the hill over Beer, where there is a fine spring which is conveyed down to the gardens of Beer, and to every part of the town. Beer is computed to be about sixteen leagues west south west of Ourfa (Sanliurfa), and is situated on the side of the hills, over the eastern banks of the Euphrates. The great plenty of water, together with the fine country along that river, and the islands in it, make this place very agreeable. It is called Beerjick by the Turks.
Richard Pococke - A Description of the East and Some Other Countries - 1745
The upper reaches of the Euphrates River flow through steep canyons and gorges until the river leaves the Anatolian tableland and enters the large plain known as Mesopotamia. The area where this passage occurs has always been important for the ancient empires which competed for control of the region. The Romans located the headquarters of a legion at Zeugma, on the right bank of the river. Birecik, on the left bank, a few miles downstream of Zeugma, was a fortified site which protected the crossing of the river. 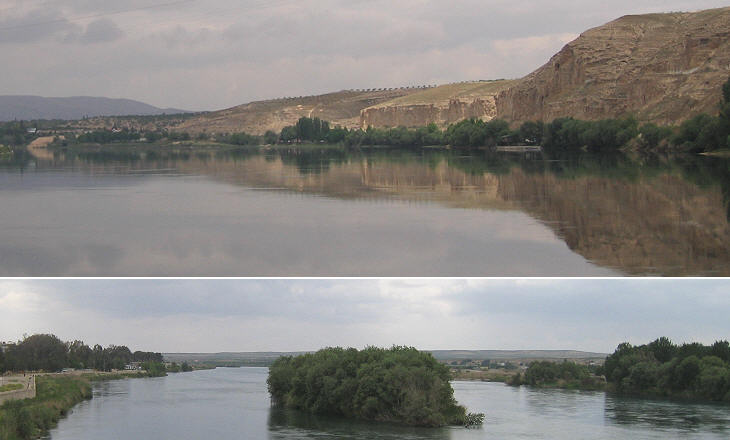 The Euphrates River: (above) view northwards; (below) view southwards

This place is the great passage over the Euphrates from Aleppo to Ourfa, Diarbeek, and Persia. There was formerly a trade carried on from Beer to Bagdat, by two or three great boats, that went loaded yearly with the same merchandizes that are carried from Diarbeek; but, for a year or two past, this trade has been intermitted. Pococke
Birecik marked also the point from which the Euphrates started to be navigable by shallow boats (today navigation is commercially viable only inside Iraq). The view from the modern bridge on the road between Gaziantep and Sanliurfa helps in understanding the change of the landscape: the view northwards shows the steep cliffs of Kara Dag (the Black Mountains) and other ridges, whereas the view southwards is not obstructed by mountains. (left) Partly reconstructed tower at the south-eastern corner of the walls (it was on the river bank and now only its upper part is visible); (right) an arched passage in the old town

Birecik was in turn Roman, Persian (Sassanid), Byzantine, Arab, Armenian and a fiefdom of the Crusaders; later on it belonged to the Atabegs of Aleppo, the Mongols and the Mamelukes; eventually it was annexed by the Ottoman Empire in the XVIth century; Birecik had minor fortifications to protect a small part of the town near the river. 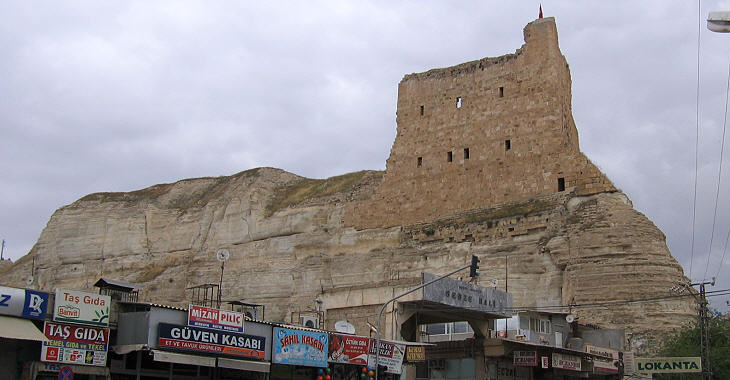 Beer is most remarkable for a strong antient castle, in which there is a collection of those arms and weapons, which were used before the invention of gunpowder; there are many bundles of arrows with iron points of different sizes; to some there is a sort of combustible matter of brimstone, and other things, made in a triangular form bound in a piece of cloth, and tyed on the arrow near the point; this being lighted, was shot from the bows in order to set fire to the buildings of a town: They had another sort of long arrows, at the end of which iron bottles were fixed with wires, filled with the same combustible matter, which being set on fire were shot from their bows: The cross bows are about five feet long; the bow itself being almost strait. There are several large iron casques, and some coats of mail, made of small pieces of thick leather sewed together, so as to make a hoop; several of these hoops joined together formed the coat: There are also many flings, large enough to throw great balls of stone of a foot diameter, some of which stones I saw in the castle; there are cords tyed to the flings, so that they must have been managed by some machine. Many have been of opinion that these were antient Roman weapons; and it is certain they very well agree with the description Ammianus Marcellinus gives of them; but as it may be supposed that the Romans brought these arms to the greatest perfection, and as one sees on the arrows many papers with Arabick and other eastern languages wrote on them, it may be reasonably concluded, that they are the arms which happened to be in the castle when fire arms were first invented. Pococke
A large fortress stood on the very edge of a limestone cliff caused by the erosive action of the river. The fortress was built by the Muslim rulers of Aleppo who, between 1128 and 1260, managed to create an independent state in today's northern Syria (Birecik is located a few miles north of the border). 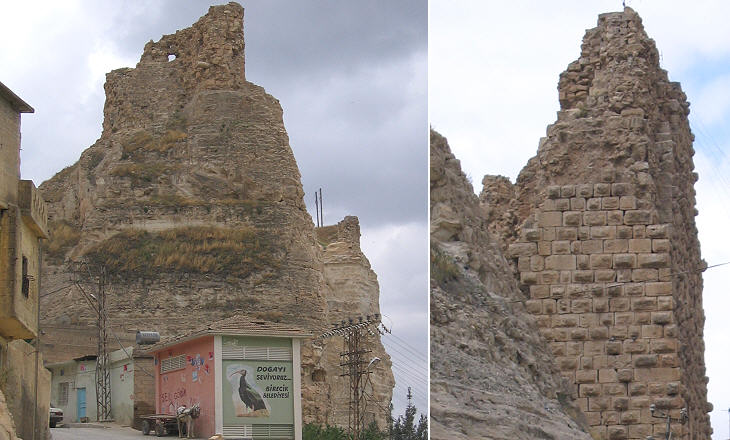 Details of the fortress

In 1838 Helmuth Karl Bernhard Graf (Count) von Moltke (*) travelled extensively in this region as adviser to the Sultan on how to modernize the Ottoman army. He visited the fortress of Birecik which still had three or four levels of outer defences, with crenellated walls. A tunnel led to a groundwater source and thus provided the defendants with a water supply. 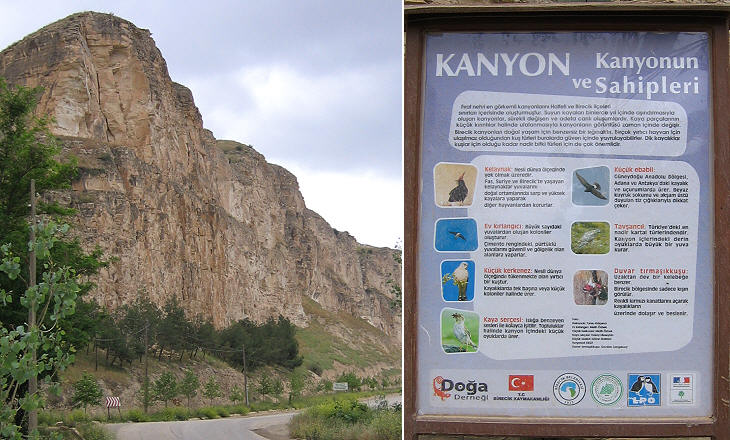 Today Birecik is best known for housing a bird sanctuary for rare species, in particular a black bald ibis (Geronticus Eremita). It is a migratory bird which comes to Birecik in summer for breeding. True to its name it preferred to conduct a hermit's life on the day the material for this page was gathered. You can see it in the image used as background for this page. Museum of Oriental Antiquities of Istanbul: VIIIth century BC relief found at Hadatu/Arslan Tash, an Assyrian town not far from Birecik in northern Syria