If you came to this page directly, you might wish to read a page covering Mardin first.

The population of Mardin is of a very mixed character, composed in great part of Christians, rude and untutored, and each sect bearing a strong animosity against the other; the chief of these are the Syrians and Syrian Roman Catholics.
William F. Ainsworth - Travels and Researches in Asia Minor, Mesopotamia, Chaldea, and Armenia - 1842 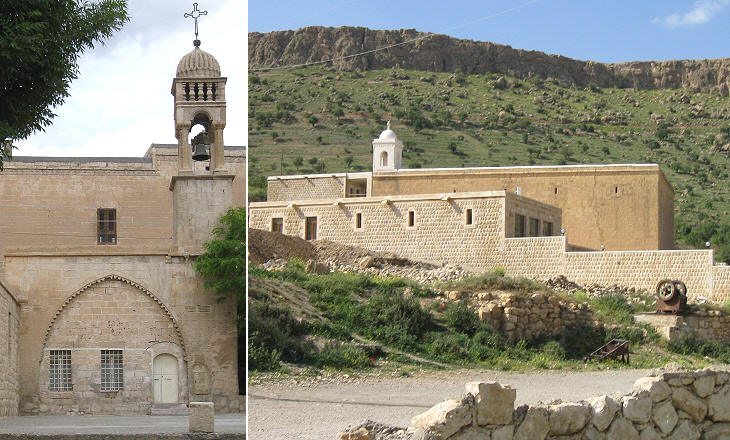 There are several churches in town and monasteries in the countryside, but the Christian population of Mardin is only a small fraction of what it was in the XIXth century. 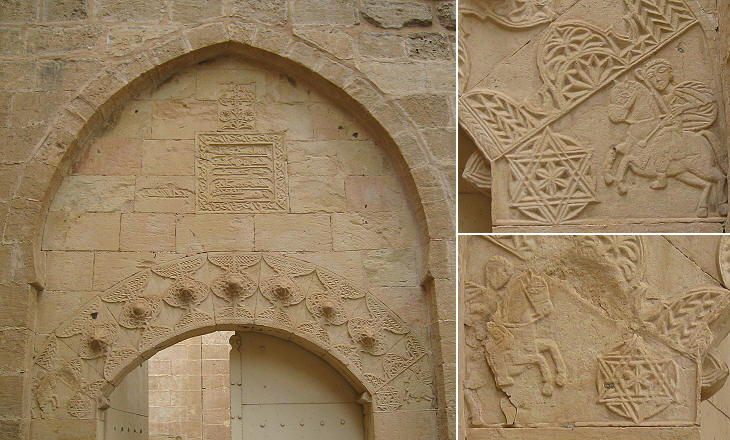 At a cursory glance the portal of Kirklar Sehit Kilisesi resembles that of a mosque: its elaborate decoration reflects Muslim patterns and even the cross above the inscription seems just another geometric pattern. The prohibition against portraying human beings is violated by two very small reliefs which show St. Behanan and his sister Sara. The traditional account about the conversion of Behanan, the son of a pagan king, has points in common with that of St. Eustace; they both saw a stag with a cross on its forehead. 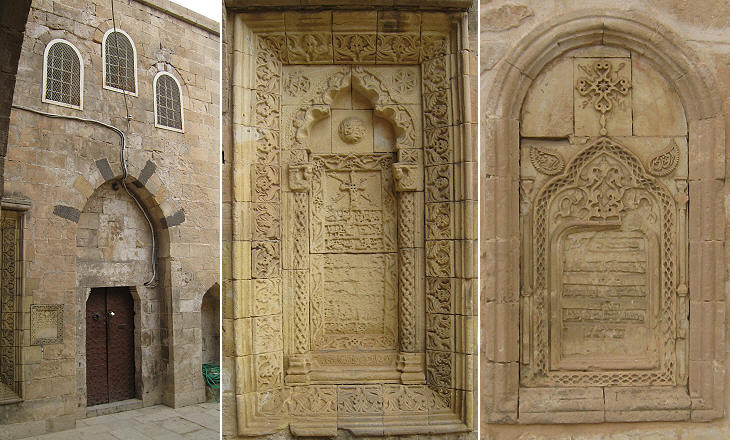 We are so used to regarding Arabic as being synonymous with Muslim faith, that it takes a while before realizing the Christian content of the inscriptions in Kirklar Kilisesi; it is interesting to note that crosses do not follow a common pattern which makes them clearly identifiable. It is evident that the Christian communities of Mardin were wary of giving pretexts for being accused of sacrilege by the Muslim rulers. 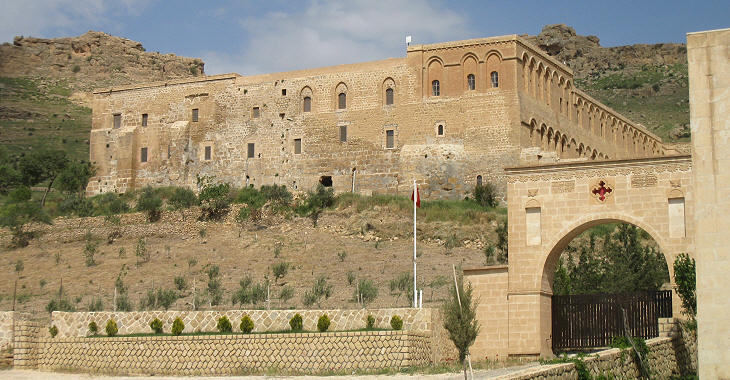 Close to Mardin is the Yellow Monastery, (Der-i-Zafaran,) the seat of a Syrian bishop. Ainsworth
For nearly 800 hundred years Mardin was the residence of the Patriarch of the Syriac Orthodox Church: he lived in the Deyr az Zafaran, a monastery four miles out of town; in 1932 because of the limitations imposed by the Republic of Turkey on religious activities, the Patriarchate was moved to Syria.
Deyr az Zafaran means the Saffron monastery, probably because of the yellowish colour of the rocks behind it. The monastery still belongs to the Syriac Orthodox Church, but in recent years the Turkish authorities have "encased" it into a sort of modern museum; the entrance leading to the actual monastery is modern. 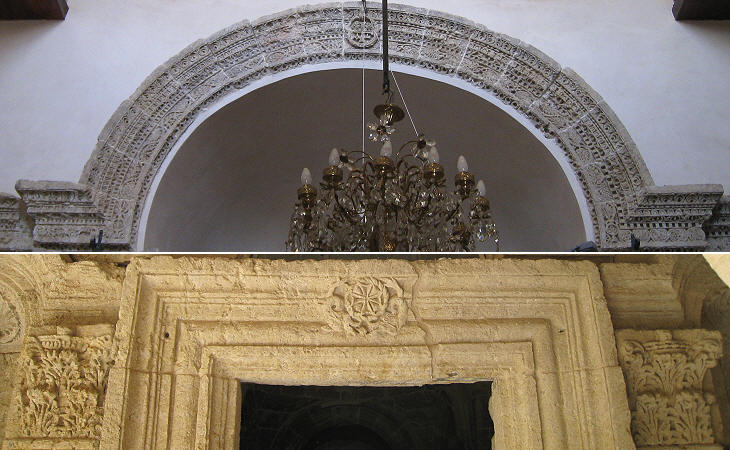 Many of the oldest churches of Rome, e.g. S. Clemente, were built above the small halls where the worshippers of the god Mithra met for their ceremonies as if to erase the memory of that cult. Similarly the monastery of Deyr az Zafaran was built in the IVth century above a temple dedicated to the Sun: it faced eastwards so that the worshippers could see the first rays of the rising sun illuminate the room. Some elements of that temple were probably employed in the decoration of the monastery. 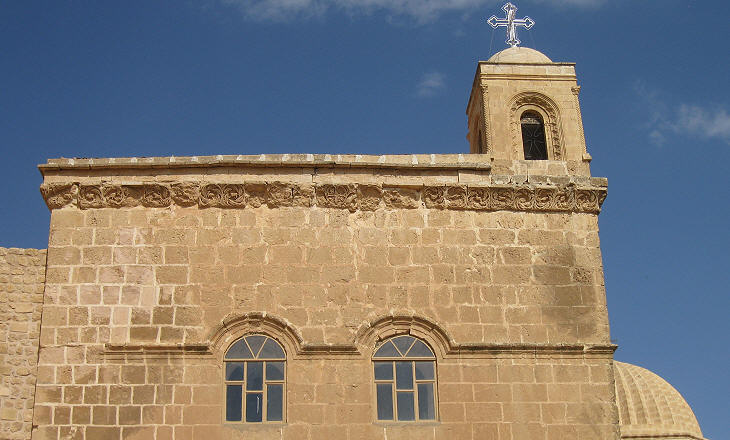 The monastery has been modified so many times that it is better to leave aside the analysis of the overall complex and concentrate on some details of its decoration such as the inhabited scroll frieze of the church, which follows ancient patterns. 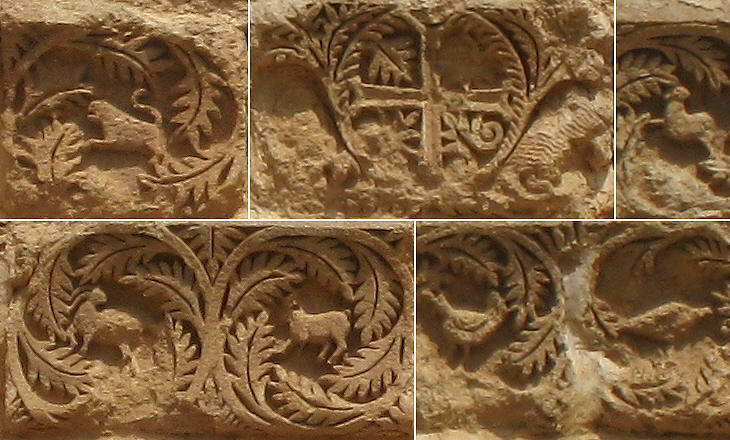