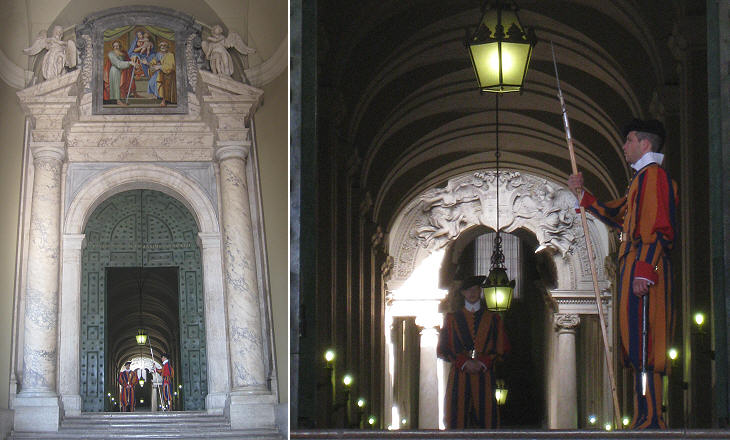 Today the entrance to the Vatican is from Porta S. Anna, but, if you were a king (or a President obviously), you would be admitted to the Vatican through the "Portone di Bronzo" which is on the northern side of Colonnato di S. Pietro. It is the official entrance to the Vatican (although occasionally when Musei Vaticani are very crowded, groups with no other interest than Cappella Sistina exit through it).
Beyond the door a magnificent flight of steps: the "Scala Regia". Built by Antonio da Sangallo the Younger in the early XVIth century it was restored by Gian Lorenzo Bernini for Pope Alexander VII.
The focal point of the perspective is the coat of arms of Alexander VII. Unfortunately from the Colonnade one can see little of it and the Swiss guard cannot be bribed. 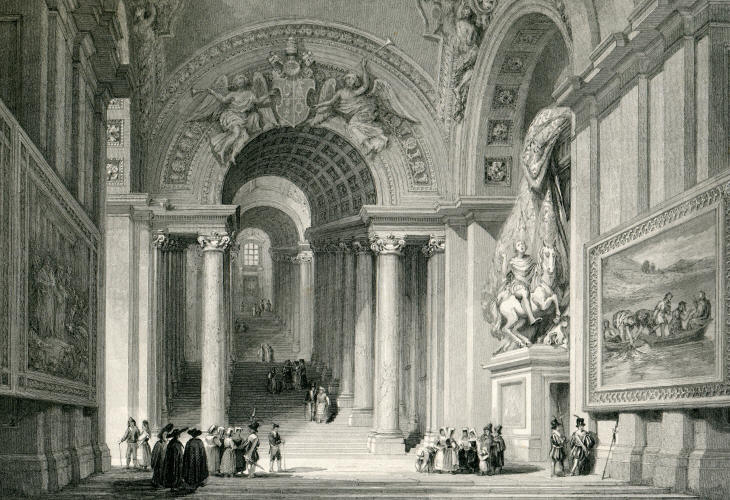 To have an idea of what is behind the Swiss guard we may have a look at this old print. On the right there is a tapestry based on a cartoon by Raphael and after that the statue of the Vision of Emperor Constantine before the Battle of Ponte Milvio by Bernini. This statue and the Scala Regia were printed on the 50.000 Liras note, as shown in the icon at the top of this page (Lira was the Italian currency prior to the move to Euro). 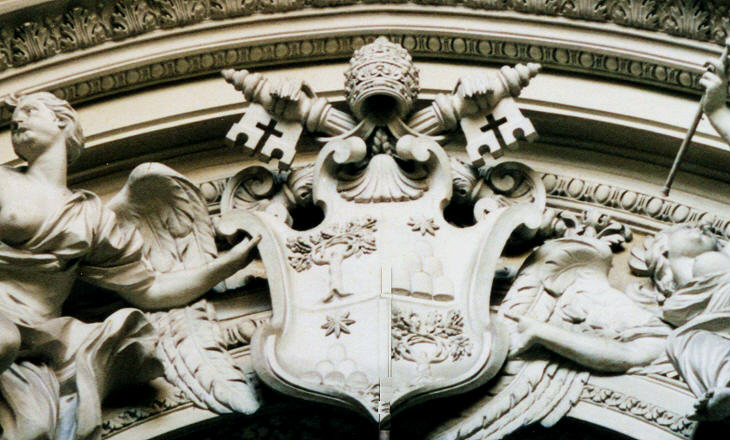 The only real way to have a look at the central section of Scala Regia is from the Portico of S. Pietro. On the right one immediately sees the statue of Constantine, but once you try to have a closer look, a warden immediately tells you that you should stop. Thankfully one morning the warden wasn't there for a short time and I managed to take some photos. 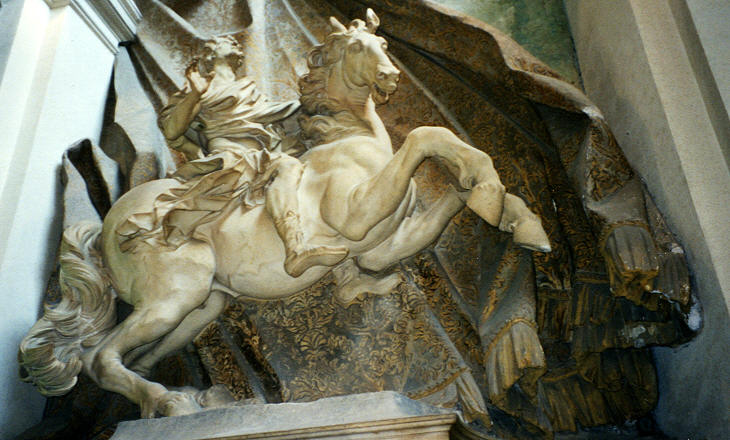 The statue of Constantine by Bernini shows the Emperor in the traditional episode of the cross appearing to him before the battle of Ponte Milvio. Behind the statue a drape painted in red and gold (made in stucco) emphasizes the movement of the horse and the pictorial effect of the monument. The statue was completed in 1668, after the death of Pope Alexander VII. In 1665 Bernini visited Paris at the request of King Louis XIV and in 1667 he was commissioned an equestrian statue of the king in the same posture as that of Constantine which was known because Bernini had already made some terracotta models of it. After a long period of neglect in 1988 a lead copy of the statue was placed at the entrance of the Louvre Museum.

The statue is completed by the cross and the inscription In hoc signo vinces (by adopting this symbol you will win). You may wish to visit the sites of the Battle of Ponte Milvio from where it began to the bridge where it ended. 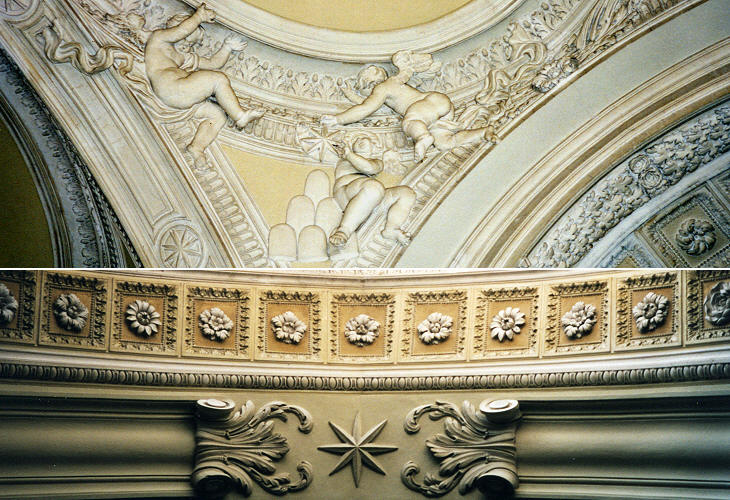 The decoration is extremely rich: you may notice that the flowers are all different. It also shows the improvements made to the use of stucco which reached impressive results in the decoration of the ceiling of Il Gesù by pupils of Bernini. 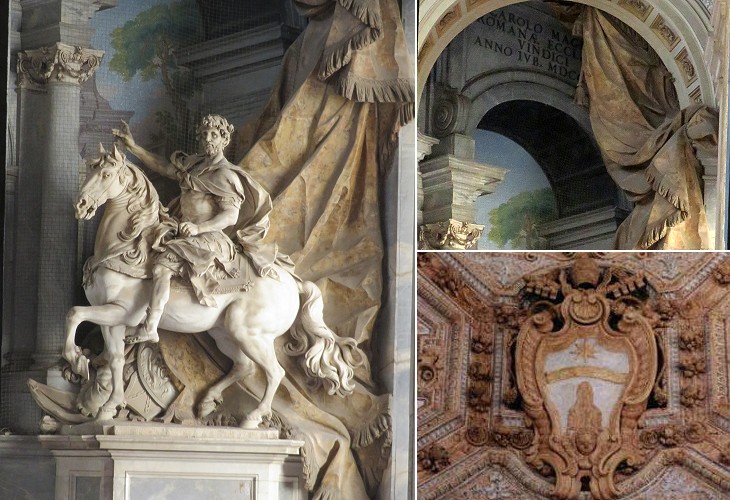 (left) Statue of Charlemagne; (right-above) fake triumphal arch; (right-below) coat of arms of Pope Clement XI in the ceiling of the southern section of the Portico

The statue of Constantine was matched in the Portico by a statue of Charlemagne (who was crowned in S. Pietro in 800). This too is a very complex monument with a combination of sculpture and painting and a sophisticated perspective. It was commissioned by Pope Clement XI, but it was placed in the Portico during the Jubilee Year 1725. The statue is by Agostino Cornacchini. You may wish to see a page on the use of different materials to obtain a very colourful effect in the decoration of the churches of Rome.