Porta Chiusa
(Vasi at work in the Grand View of Rome)

Links to this page can be found in Book 1 and Rione Monti.

The page covers:
The plate by Giuseppe Vasi
Today's view
The Walls between Porta Chiusa and Porta S. Lorenzo (including Villa Gentili) 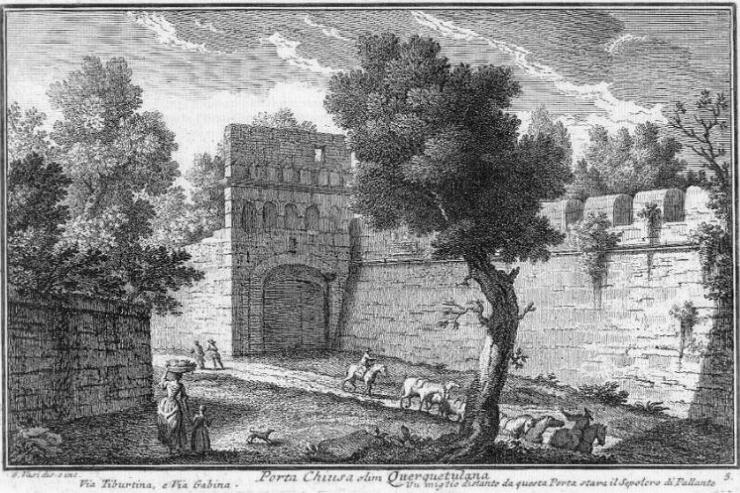 Porta Chiusa means closed gate because the gate was most likely closed immediately after the fall of the Roman Empire. Vasi calls it Querquetulana, (quercia=oak) which is the name of a gate of the most ancient (inner) walls of Rome. The gate is located at the junction between the walls of Castro Pretorio (the barracks of the Praetorian Guard) and the walls built by Emperor Aurelian and it provided the soldiers with a direct exit from Rome. Two short roads started from the gate and reached Via Tiburtina and Via Nomentana.
The view is taken from the green dot in the small 1748 map here below which shows: 1) Porta Chiusa; 2) Villa Gentili. 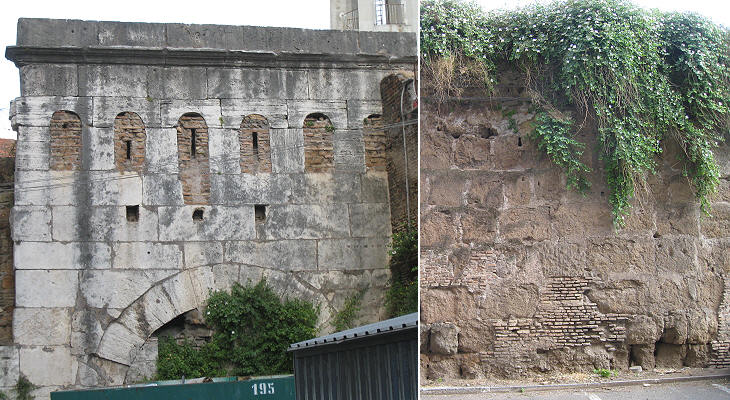 Unfortunately today the gate is hidden by modern buildings and it can only be seen by walking into the parking lot of a large apartment block.
The gate shows the typical features of the improvements to the fortifications of Rome which were made by Emperor Honorius. The section of the walls of Castro Pretorio near Porta Chiusa was built making use of stones of a previous fortification.

The Walls between Porta Chiusa and Porta S. Lorenzo 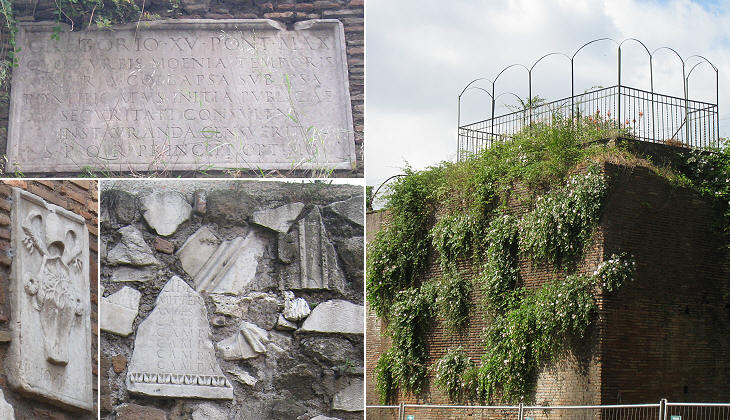 (left-above) Inscription celebrating a restoration by Pope Gregory XV; (left-below) coat of arms of Pope Julius II and marble fragments of ancient buildings (another fragment can be seen in the image used as background for this page); (right) a pensive garden on a tower of the walls

The continuity of the walls was significantly interrupted during the 1930s to facilitate communication with the newly built University campus and with new residential areas. It is not easy to identify the former location of the walls; they restart to be continuous and free from obstacles impairing their view in the proximity of Porta S. Lorenzo. 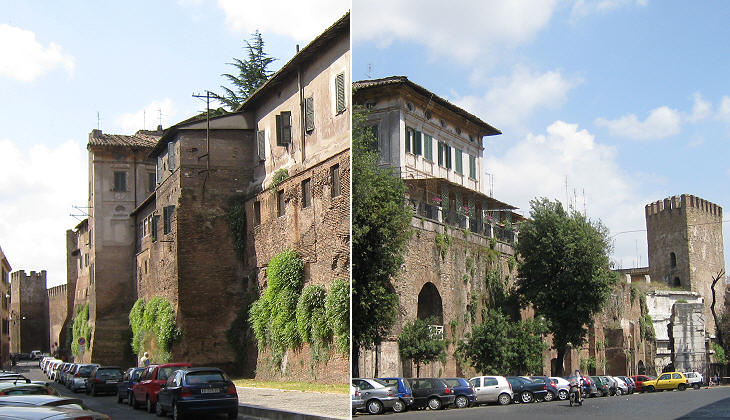 In ca. 1740 a small villa was built by Cardinal Antonio Saverio Gentili above the walls and the arches of Aqua Iulia and other aqueducts; it is still a private property; it is generally thought to have been designed by Filippo Raguzzini. The Cardinal had a palace near Fontana di Trevi.

Next plate in Book 1: Mura dell'antico Castro Pretorio.
Next step in your tour of Rione Monti: Piazza di Termini.