- Papal Coats of Arms
(the street where the nunciature is located) 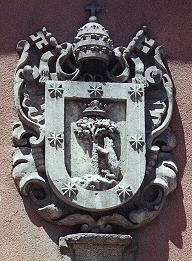 Coat of arms of Madrid

In 1561 King Philip II made Madrid the capital of one of the largest empires in history. Spain was for centuries the most important supporter of the Roman Catholic Church and Madrid retains some memory of these links like this modern papal coat of arms with the symbol of the City of Madrid. 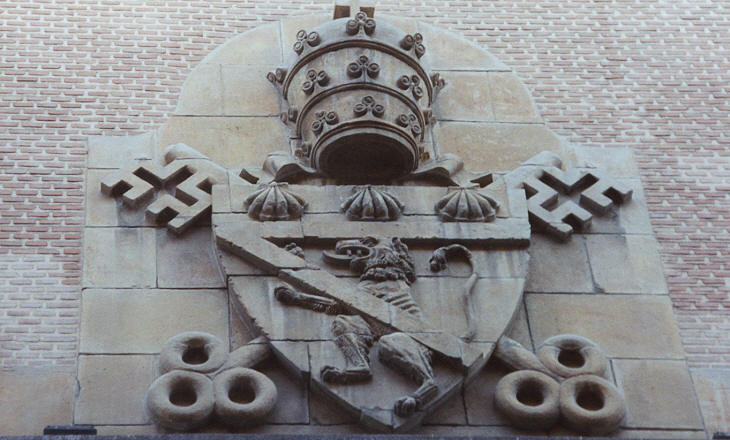 Historical Madrid centres around Plaza Mayor. Although most of the buildings are relatively modern, the net of the streets derives from the old city. In this area is the church of San Gines which dates back to the XIth century, but was almost entirely rebuilt in 1645 (my background shows its elegant bell tower). On the façade there is a large (recent) coat of arms of Pope Innocent VI who ruled the Papal State from Avignon in 1352-1362. 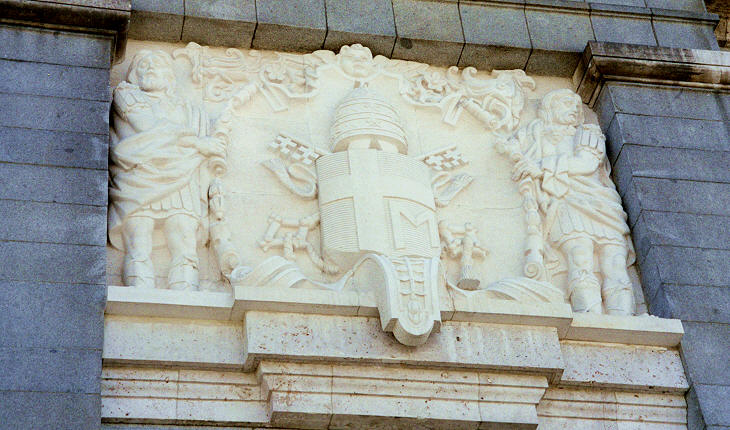 Another recent papal coat of arms can be found on the façade of Nuestra Senora de la Almudena, the (not yet finished) cathedral of Madrid facing the Royal Palace. The coat of arms is in honour of John Paul II. 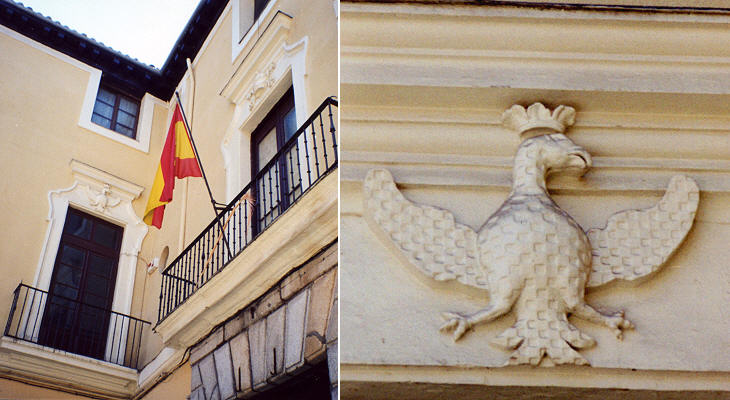 The area south of Plaza Mayor has another, more interesting evidence of the links between Spain and the Papal State. In Calle del Nuncio there is the XVIIIth century Nunciature (the Embassy of the Pope's diplomatic representative in another country) which is still decorated with the chequered eagle of Pope Innocent XIII. 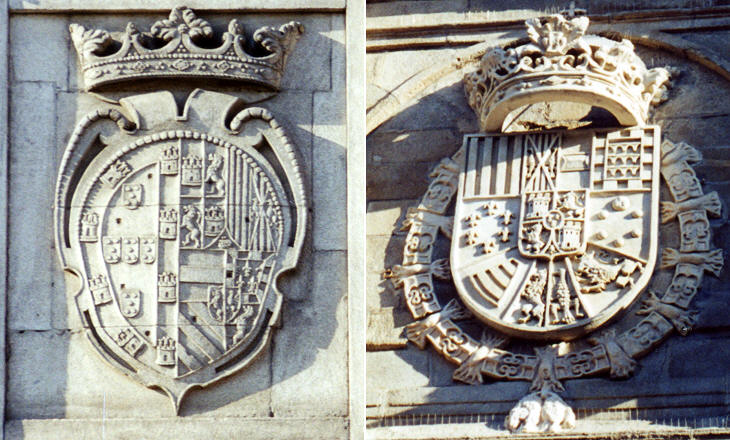 The order of the Golden Fleece was instituted in 1429, by Philip duke of Burgundy; and the king of Spain is sovereign of the order, by being the head of the house of Burgundy. The number of knights is limited to fifty: four collars are at present vacant. This order is honoured by having among its members the king of France, the duke of Orleans, the king of Naples, the Elector of Bavaria, the infante-duke of Parma, etc. The collar of the order is a gold chain representing flints and steels, to which is affixed a, fleece, which the Spanish book by Don Fran de Garma, alludes to the fleece offered in sacrifice to God by Gideon, and not, as I had irreligiously, imagined, to Jason's Golden Fleece.
Richard Twiss - Travels through Portugal and Spain, in 1772-1773
Obviously Madrid has many coats of arms of the kings of Spain and actually most of the churches are decorated by royal coats of arms. The comparison between the two coats of arms shows the addition to references to Italian families, namely the Farnese (on the left) and the Medici (on the right), both extinguished in the mid XVIIIth century and whose rights were inherited or claimed by Philip V of Spain.