at S. Emidio alle Grotte
(detail of a relief)

Ascoli Piceno is a town in the Marche region on the Adriatic side of the Italian peninsula. Ascoli is a jewel of the Renaissance and it retains many interesting monuments of that period and one of the nicest piazzas (Piazza del Popolo) you can see in Italy. After the XVIth century Ascoli entered a long period of decadence. Today it is a rich and well kept town, with very good restaurants. 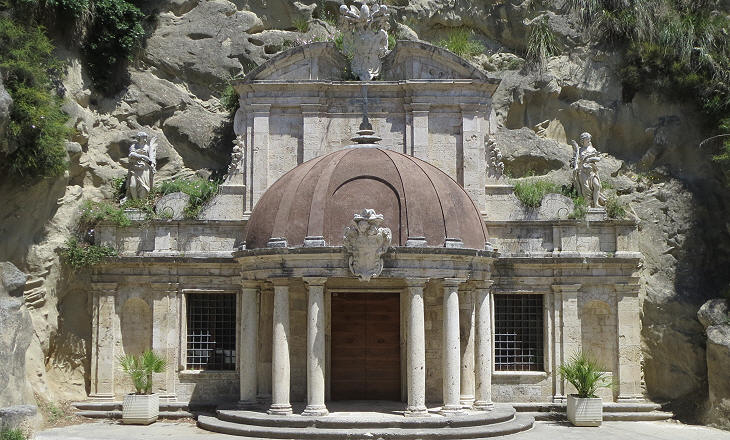 The only important church of the XVIII century in Ascoli is however very interesting. Like the monuments of Petra in Jordan, this church comes out of the rock with an impressive impact. 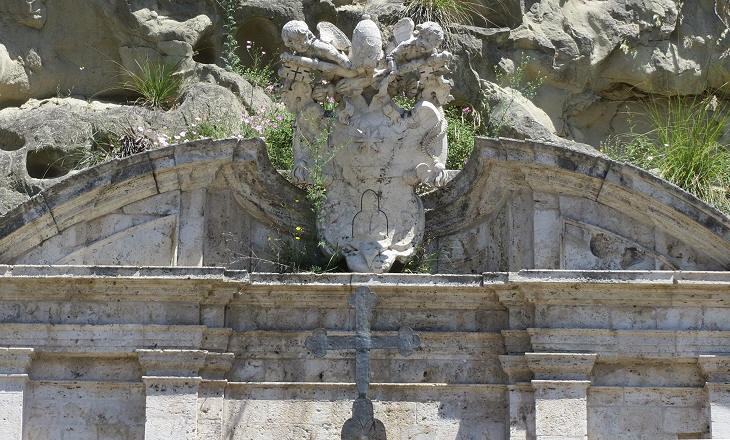 The church was built on the catacombs of early Christian worshippers to thank St. Emygdius, patron saint of the town, for having protected Ascoli in 1703 when an earthquake struck the surrounding countryside. It was designed by Giuseppe Giosafatti (1643-1731) and its round portico resembles that of S. Maria della Pace by Pietro da Cortona in Rome. It was completed in 1721.

The Coats of Arms 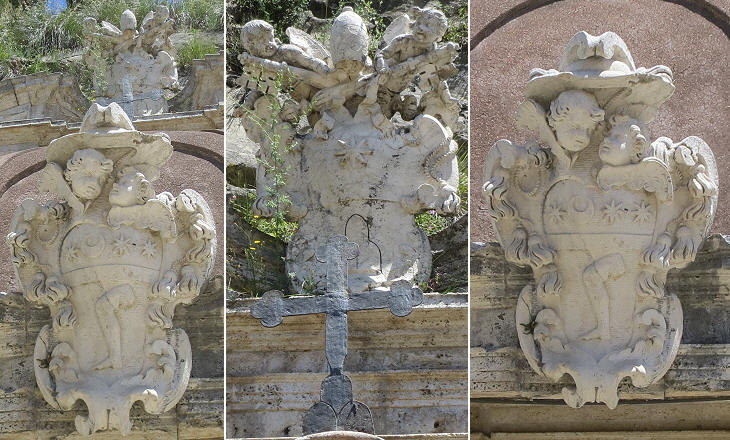 Two large coats of arms play a major role in the overall design of the façade. The coat of arms of Bishop Gambi (It. gamba = leg and there is a leg in the coat of arms), although put at a lower, subordinate level has nothing to envy in the papal one. 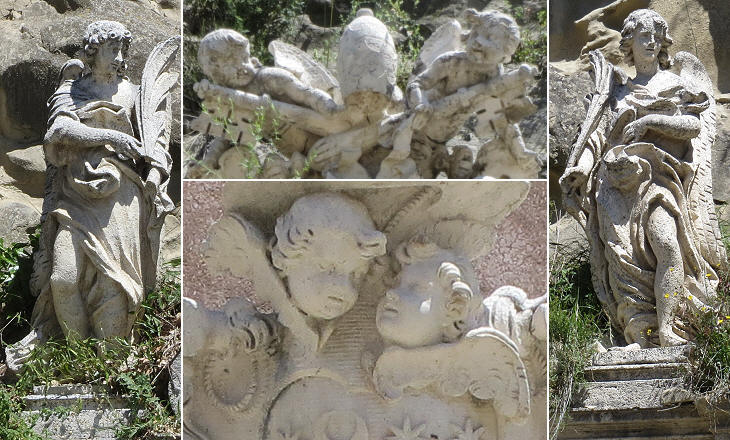 Angels were a very common subject of Baroque statues either as young men or infant children (putti) and Giosafatti (who was a sculptor too) placed four putti in the coats of arms and two angels on the roof, similar to those in Ponte S. Angelo. See pages on Roman Baroque sculpture showing more angels and statues at the top of buildings.