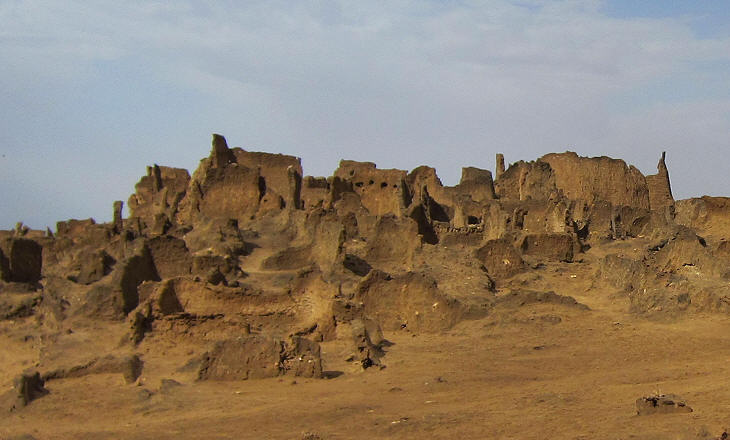 Today the inhabitants of Garama live in modern houses along the road which links Sebha, the main town of Fezzan, with Ghat, near the border with Algeria; until the 1980s some of them still lived in mud-built dwellings around a sort of castle which housed a small Ottoman garrison before the Italian conquest of the region in the 1920s. 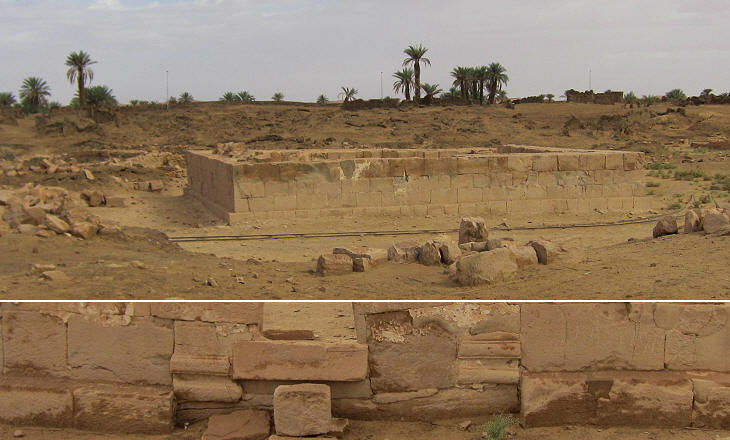 Construction techniques which were better than dried mud were used at Garama at the time of the Roman presence along the Libyan coast; while the region cannot be regarded as having been part of the Roman Empire it was in contact with it; excavations have unearthed the foundations of a series of temples which were built according to Roman practices and which show some signs of decoration. 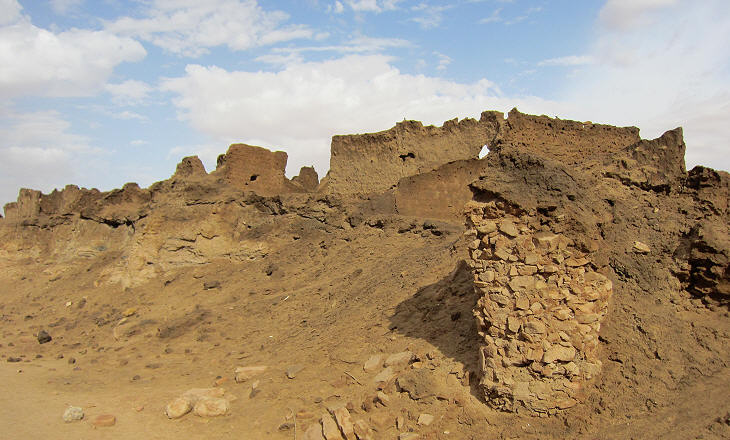 Garama was conquered by Roman Proconsul Lucius Cornelius Balbus in 19 BC; the purpose of the Roman expedition was to punish its inhabitants for their raids on the towns along the coast and their attacks on the caravans which crossed the desert; from paintings found in the region it appears that the Garamantes fought on chariots; the use of horses is an indication that the ecosystem of the region was different from the current one. 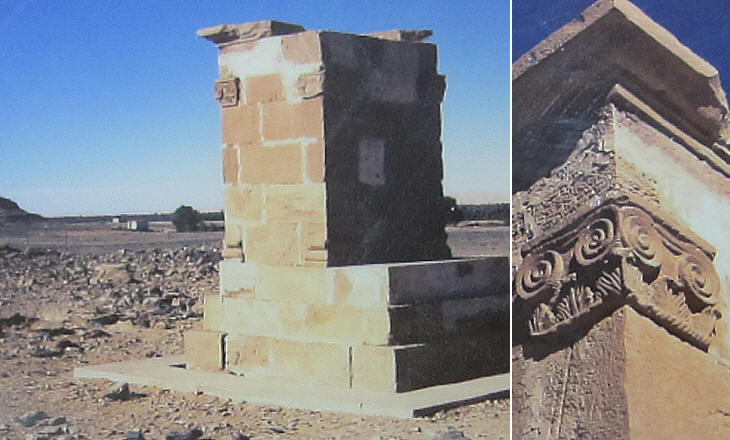 Museum of Garama: photos of the Roman period tomb

After the Italians conquered Fezzan in the 1920s (after a failed attempt in 1914) a decorated tomb of the Roman period near Garama was celebrated as evidence of the Roman rule; it was named after Cecilia Plautilla, but it is now thought to have been the tomb of a local wealthy merchant; its Ionic capitals mark the extreme limit of classic art in this part of Africa; a small museum in modern Garama houses some other Ionic capitals (see image in the background of this page). 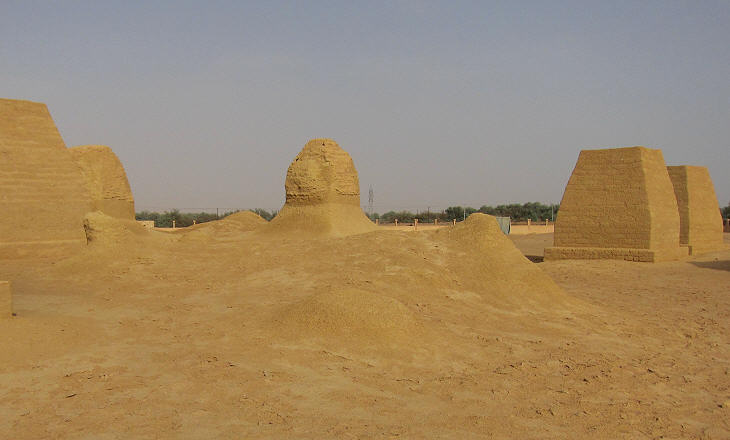 Necropolis of the Kings

The so-called Necropolis of the Kings is located along the road to Ghat and it attracts the attention of the viewer because the tombs have been encased in modern pyramidal "boxes". The actual tombs had burial underground chambers; those which have not been encased form some barely noticeable mounds. The museum of Garama displays a mummy found in the region, another one is at the Museum of Tripoli. 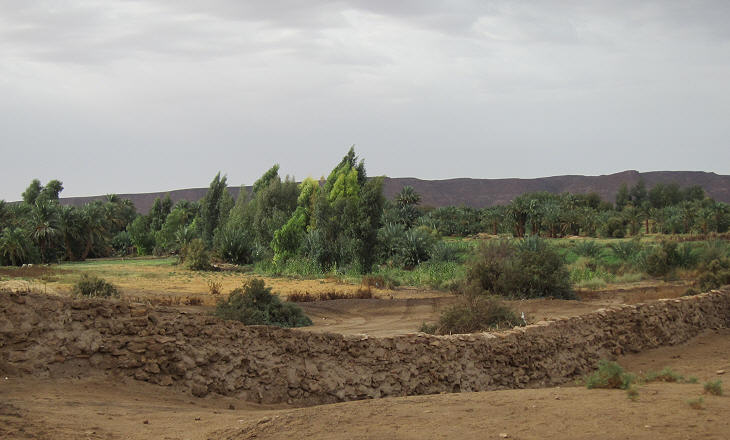 View from the castle towards the tableland

Today the oasis of Garama is a narrow strip between great sand dunes and a petrified tableland; historians indicate that after 250 AD the Mediterranean basin was affected by long periods of drought which impacted the economy of the whole Roman Empire and in particular on its southern provinces; it is therefore likely that also Fezzan saw a deterioration of its climate with an expansion of very dry areas; in addition practices of setting fires to woods to obtain farming land may have contributed to the desertification process. 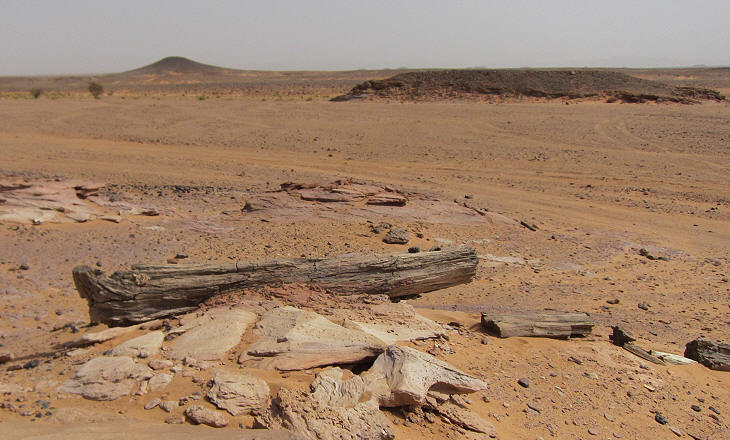 Fossil tree in the desert to the west of Garama

Today archaeologists and meteorologists have come to the conclusion that the desertification process which occurred in historical time was preceded by periods during which the West African Monsoon reached Fezzan and favoured the development of savannah, an ecosystem consisting of small trees and extensive grassland; the current dry phase is thought to have started some 5,000 years ago.