While because of its basalt stones Marqab could have been called the Black Castle, the blocks of limestone which made up the gigantic square donjon (keep) of Safita explain why this site was called Chastel-Blanc (White Castle). The two castles were located in the County of Tripoli, one of the Crusader States which were established in the Levant, during or immediately after the First Crusade. The full Arab name of Chastel-Blanc is Burj Safita which means clear tower. 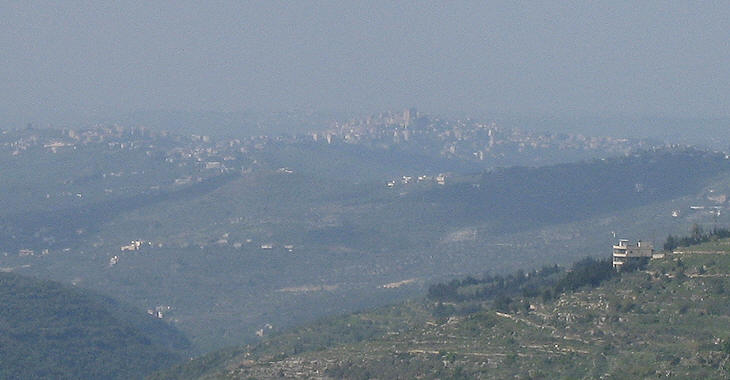 View of Safita from near Krak des Chevaliers

It is thought that one of the reasons for building such a tall tower was to allow visual communication with Marqab and Krak des Chevaliers, another castle in the County of Tripoli. Today the tower is surrounded by a small town housing a large community of Christian Arabs (mainly Maronites or belonging to the Syro or Greek Orthodox Churches), but it is still a landmark which can be detected from a great distance. 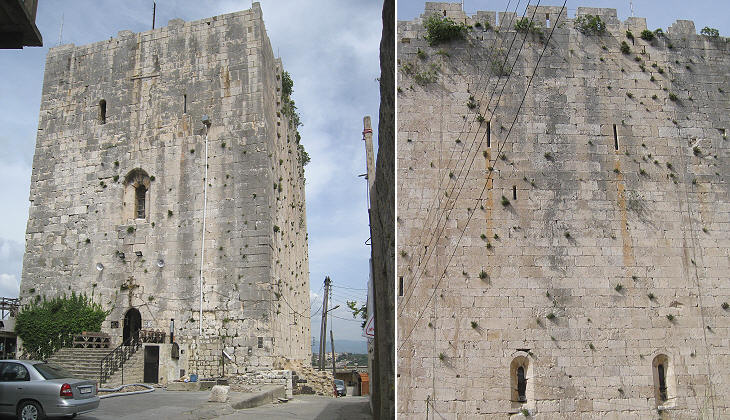 The tower is located at the top of a hill between two ravines not particularly deep or steep (at least today); it was built in its present state after Nur ad-Din, Atabeg of Aleppo twice briefly seized Chastel-Blanc; the castle which directly belonged to the Counts of Tripoli was then assigned to the Templars Knights who in a few years so greatly strengthened its fortifications that in 1188 Saladin, the conqueror of Jerusalem, was unable to seize it. 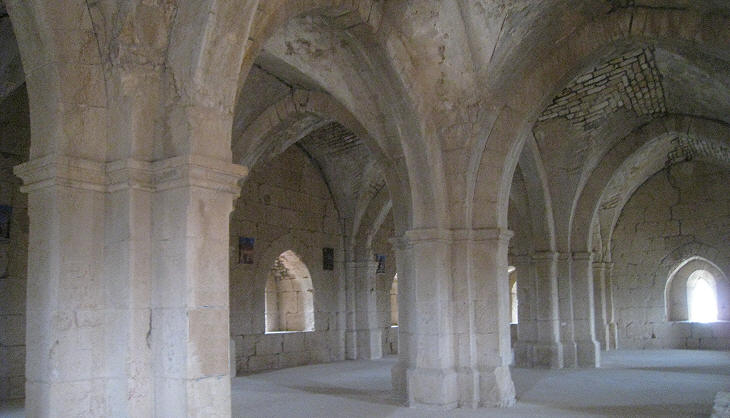 Main hall: a Gothic arch is shown in the image used as background for this page

The tower is made up of just two gigantic storeys; the lower one served as the chapel (today it is a Greek-Orthodox church) the upper one was perhaps an armoury or a hall for meetings; a series of gigantic pillars having the shape of a cross divided it into two naves; although only embrasures let light in, yet the hall was not at all dark; steps led to a fortified terrace, while an underground cistern provided the defenders with a reserve of water in case of siege. 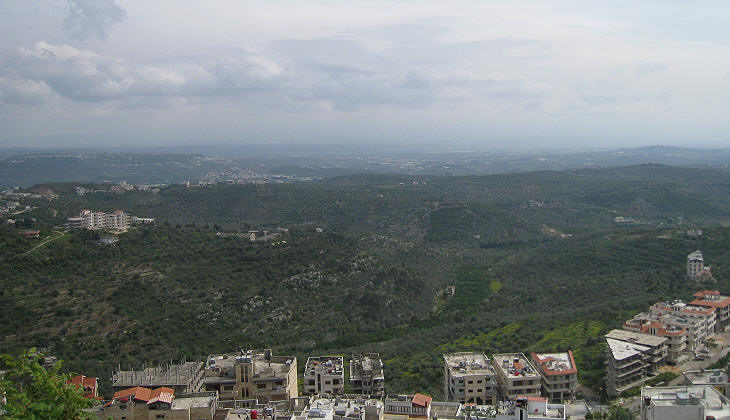 View from the terrace

The Templars Knights not only acted for the defence of the Crusader States; they very often took sides in the conflicts between them and in the dynastic quarrels which arose inside each of them; in this part of the County of Tripoli in addition to Chastel-Blanc, they controlled Tortosa, an important port. 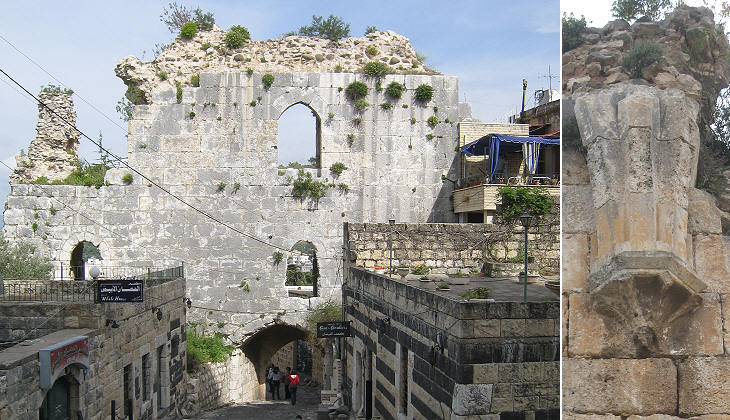 (left) Remaining gate of the external walls; (right) fragment of a corbel on the walls

Notwithstanding its huge tower and the walls which surrounded it, in February 1271 the Knights Templars surrendered Chastel-Blanc to Baibars, the Mameluke Sultan of Egypt and Syria who wanted to eradicate the remaining Christian territories in the Levant; they preferred not to fight to the last man in order to be allowed to retreat to Tortosa; this decision allowed Baibars to lay siege to Krak des Chevaliers in the following month.