Ceremonies meant to propitiate a good harvest were common in most ancient civilizations; in China these continued to take place until 1914, an indication of the extraordinary importance of farming in Chinese society and economy. 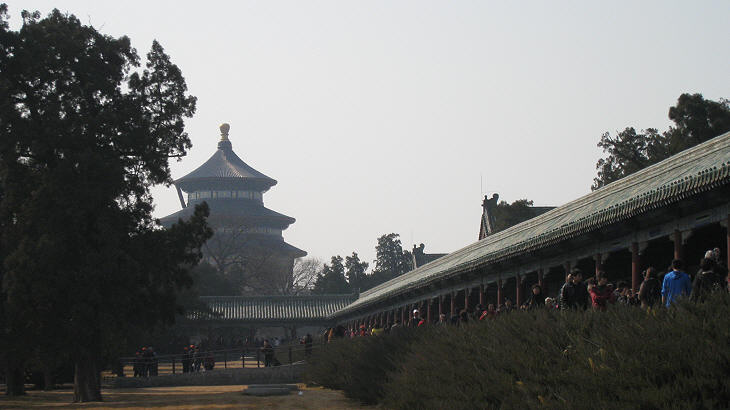 The site for these ceremonies was a vast area outside the walls of the Old City (now a park open to the public). A long corridor linked the main temple to the buildings where all preparatory activities concerning the ritual sacrifices took place. Unlike practices followed in many other civilizations, animals were not killed on the altar, but in these buildings. 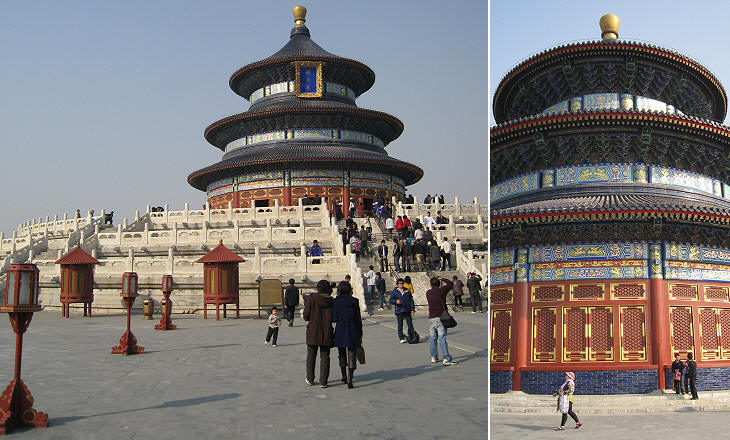 Hall of Prayer for Good Harvests

The hall was built on the assumed point where Heaven meets the Earth; it is placed on a three-level platform and it is covered by three roofs; these symbolized Earth, Heaven and the Imperial Power; the prevailing colour of the roofs is blue (Heaven), but they have on top a yellow symbol of the Emperor.
The hall is a timber structure which was assembled without making use of nails. The first temple was built in 1420 and rebuilt in 1545. It was renovated in the XVIIIth century, it was struck by lightning in the late XIXth century and it was fully restored for the 2008 Olympic Games. 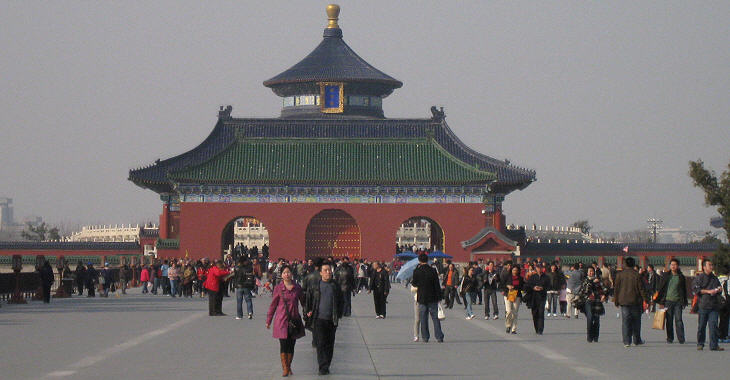 The overall complex of buildings is called Temple of Heaven and it includes a palace where the emperor fasted for three days before officiating at the ceremonies. Another large hall and an altar are located to the south of the Hall of Prayer for Good Harvests; a large walkway links the two main halls.

A circular altar representing Heaven, was the actual site of the most important ceremony which took place at the winter solstice: the rite was scrupulously planned and executed. The choice to perform it on an open altar can be explained with the fact that from December to March the climate of Beijing is very dry. 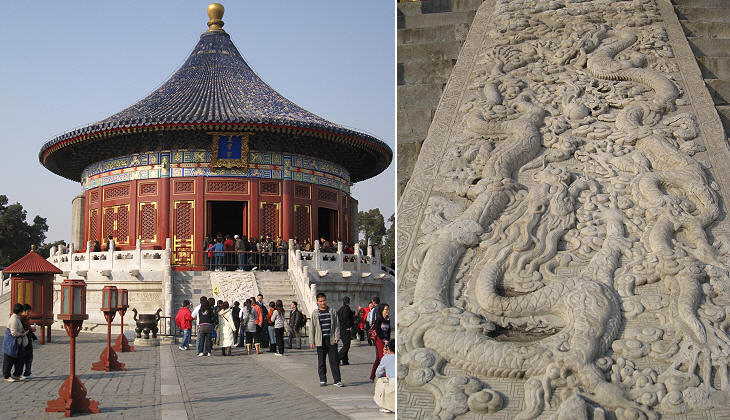 (left) Vault of Heaven; (right) marble relief at the centre of the steps portraying a dragon

A hall similar to that for the Good Harvests is located near the Altar to Heaven. In this hall the emperor burned tablets of incense and repeatedly kneeled. Ceremonies were attended by members of the imperial court, but ordinary citizens of Beijing were asked to stay home and not make any noise. 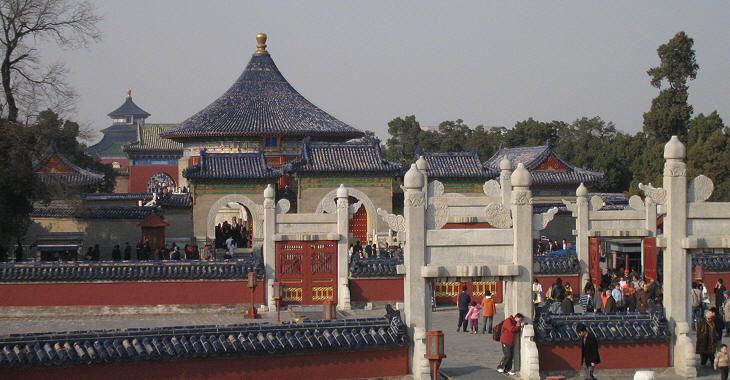 All the key buildings were aligned on a north-south axis to comply with Fengshui rules. The main entrance is located at the southern end of the area. The complex is regarded as a Taoist temple, but the worship of Heaven and in general prayers for good harvests go back to the Chinese folk religion which is still practiced alongside Buddhism, Confucianism, and Taoism. 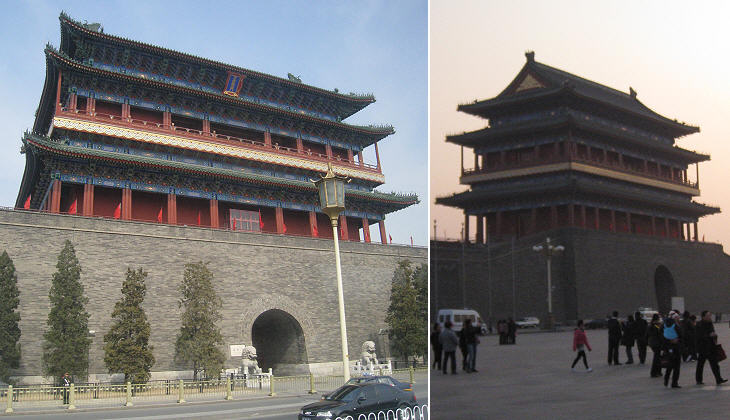 The walls of Beijing were well maintained until 1900, when during the Boxer rebellion, they were damaged by the artillery of the Eight-Nation Alliance. Later on the construction of a railway around the city led to pulling down some towers and the Japanese invasion followed by the Civil War added to the dilapidation of the walls. Eventually the Communist government which took power in 1949 decided to dismantle them. This effort continued until 1979. One of the very few gateways which were not pulled down is Zhengyangmen, which stands at the southern end of Tiananmen Square. The building was extensively reconstructed in 1914 and even more extensively restored for the 2008 Olympic Games.

Another element of the fortifications which has survived to the present time is a tower which in 1442 became the observatory of Beijing. It was entrusted to members of the Muslim community, but in the XVIIth century this task was assigned to the Jesuits, who placed some new instruments on the terrace. Based on the expertise acquired from the introduction of the Gregorian Calendar, the Jesuits convinced the emperor to reform the Chinese Calendar.