In the XVIIIth century the East India Companies of England, France and the Netherlands ruled over many coastal towns and their neighbouring territories in India, Indochina and Indonesia. An early example of such a mixture of trade and politics can be found in the Maona Giustiniani which ruled over the island of Scio (Chios), in the Aegean Sea for more than two centuries, from 1347 to 1566.
Maona is a word most likely of Arab origin, after either maounach (business) or mauna (help). All the families having a share in this company added to their surname that of Giustiniani to underline a Greek origin, making a reference to Justinian, the great Byzantine emperor. 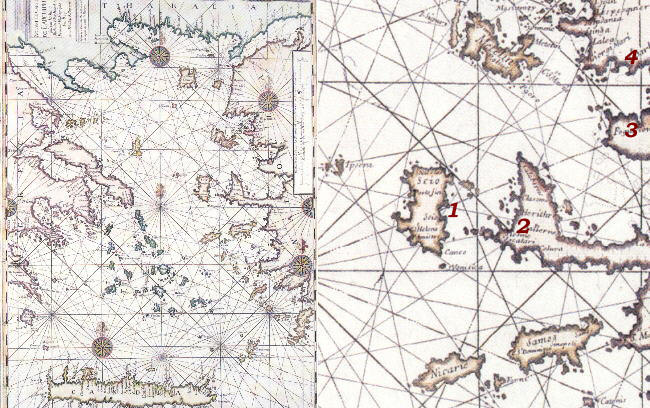 In the XIVth century the Genoese were competing with the Venetians for control of the trading routes in the Levant and in the Black Sea. Venice had a firm hold on Negroponte and Candia and Genoa needed a secure trading post along the route to Constantinople. Therefore in 1346 the Republic decided to occupy the island of Scio and the nearby port of Fochies on the Asian mainland.
Because the finances of the Republic were in very poor health some rich traders were asked for loans to be repaid after the completion of the expedition. Eventually on February 26, 1347 the Republic granted to these traders the revenues of Scio and Fochies allowing them to directly manage the exploitation of the two territories for an initial period of 29 years. The traders founded the Maona Giustiniani and later on obtained an extension of the initial "lease".

Main gate and tower protecting it

Unlike many other Greek towns, Scio was not built on high ground providing a natural defence; it did not have an acropolis, a citadel where the inhabitants could oppose an effective resistance to the assaults of the enemy. The Genoese found some Byzantine fortifications, but eventually decided to build a new set of walls, which would protect their new acquisition.
In the XIVth century several powers were competing with Genoa for the supremacy in the Aegean Sea: first of all Venice with its many fortresses on the Greek mainland and on Crete, then the declining Byzantine Empire, weak from a military viewpoint and torn apart by dynastic quarrels, but rich in gold and diplomatic skills; it was usually at peace with the Genoese, but occasionally it made alliances with Venice against them. Franks, Catalans, Neapolitans, Florentines, all having some possessions, either on the Greek mainland or on the islands, were other players in the game. On the Asian side of the Aegean Sea in the meantime, the Ottomans were laying the foundations of their great empire. Genoa, Venice, the Byzantine Empire, all sought alliances with them as they provided a valiant military force, believing that their lack of naval skills would have always hindered their expansion. It was with the help of the Genoese fleet that they initially set foot in Europe in 1354.

In 1453 when the Ottoman Sultan Mehmet II launched his attack against the walls of Constantinople, the Genoese colony of Galata declared its neutrality, but a Genoese contingent of volunteers from Scio went to Constantinople to join the limited forces of the Emperor. They were led by a gallant young soldier called Giustiniani, who played a crucial role in the siege of the city, until his being wounded during the final Ottoman assault signalled the forthcoming defeat.

Towers strengthened by the Venetians

The Genoese fortifications of Scio included a very deep moat, now a dusty parking-lot, which isolated the town with the exception of one point of access. After the fall of Constantinople, Genoa had to come to terms with the Sultan. Because he rightly saw that only Venice could actually challenge his expansion aims, he preferred to establish a good relationship with Genoa and Scio was not threatened by the Ottomans. However, Maona Giustiniani had to agree to pay the Sultan yearly a large amount of gold and to grant him a supply of mastic, a gum exuding from the bark of a tree grown in the southern part of the island.

Maritime walls and tower at the north eastern corner

Maona Giustiniani continued to rule Scio until 1566, when a delay in the payment of the yearly tax gave Sultan Suleyman the Great the pretext to make his last conquest. Apparently there was little resistance, but when the Ottomans requested enrolling in the janissary corps one youth per family, some Giustiniani refused and eighteen of them were slaughtered in what was called the massacre of Scio. In Italy the event was portrayed by many painters and in particular by Francesco Solimena whose painting is one of the masterpieces of Museo Nazionale di Capodimonte in Naples.
The wealthiest Giustiniani families chose to leave the island. Giuseppe Giustiniani moved to Rome, where his brother in law Cardinal Vincenzo Giustiniani (a Giustiniani of a different branch) introduced him to the papal court. He married his three daughters to members of the Roman aristocracy and his son became a cardinal in 1586. In 1590 he bought what today is known as Palazzo Giustiniani and in 1595 the fief of Bassano. 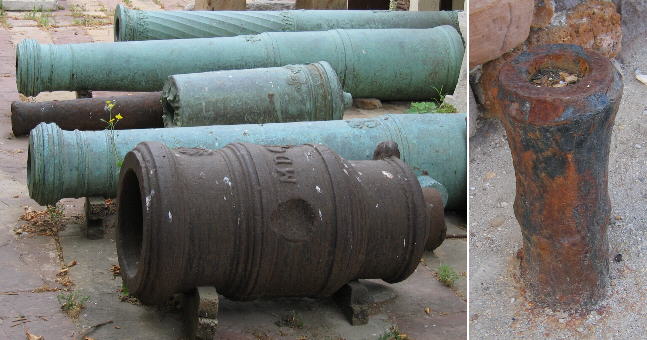 Overall life did not change very much in Scio: the Ottomans forced the Latins, as the Genoese and the Venetians were called, to abandon their houses in the fortified town, but they retained most of the land they owned and Scio continued to be a prosperous island where Turks, Greeks, Latins and Jews lived if not in harmony, at least without major frictions.
Things changed in September 1694: in 1685-86, under the leadership of Francesco Morosini, the Venetians had conquered Morea and in 1687 they had seized Athens, while their allies, the Emperor of Austria and the King of Poland, had inflicted several defeats on the Ottomans in the Balkans. These events led to the deposition of Sultan Mehmet IV. Under his successors Suleyman II and Ahmet II the Ottomans were able to partially offset their losses and the conflict came to a phase of stalemate with both parties unable to reach a final victory or to agree on peace terms.
The Venetians made unsuccessful attempts to conquer Negroponte and then La Canea. The Venetian commanders decided in 1694 to try to capture Scio to force the Sultan to accept a peace. The conquest of Scio was relatively easy and the Venetians were welcomed by the prevalent Greek population: the news raised a lot of enthusiasm in Venice and soon the Venetian commander Alessandro Zeno started to strengthen the fortifications of Scio by modifying the structure of the five towers which protected the walls to enable them able to resist Ottoman cannon. In doing so he most likely required both forced labour and heavy taxes from the local population alienating support for the Venetian cause.
The war went on as the loss of Scio, although a blow to the pride of the Sultan, had no strategic impact. Alessandro Zeno realized that his communication lines were now very long and that keeping the Venetian fleet in Scio exposed Morea to Ottoman attacks. In February 1695 he suddenly decided to abandon Scio and to retreat with the fleet to Morea. The Ottomans were called back by the Greeks and their vengeance fell on the Latins whose rights and privileges were suppressed. Alessandro Zeno was summoned to Venice and put in jail where he died two years later. 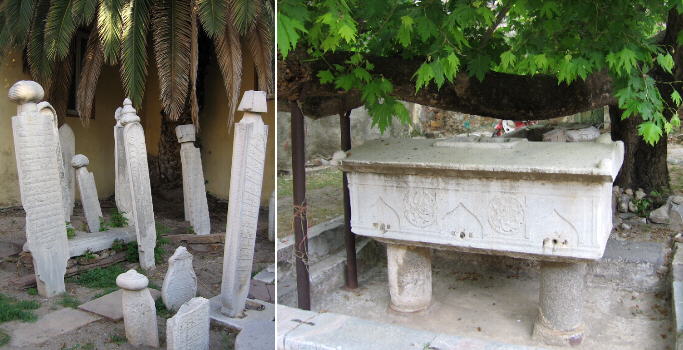 Turkish tombs and a Turkish fountain in the old town

In the XVIIIth century Scio continued to be a prosperous island and it is estimated that it reached a population of 100,000 (today just 50,000). The Greek community, as on many other islands (see what happened in Tine) replaced the Venetians and the Genoese in the role of main traders within the borders of the Ottoman Empire which spread from Crimea to Yemen, from Algeria to Kuwait. In 1822 in the frame of the general rebellion against the Ottomans launched in 1821 in Patras, the Greeks of Scio made an attempt to free the island from the Ottoman yoke, but the revolt failed and the vengeance was particularly cruel as the Sultan regarded the rebellion as treason, considering the privileges granted to Scio. The massacre of maybe 25,000 Greeks had an enormous impact on European public opinion and increased its philhellenic mood. One of the masterpieces of the French painter Eugene Delacroix portrayed the massacre at Chios and was exhibited at the Salon in 1824; it is now at the Louvre in Paris.

The (former) main mosque and the Turkish baths

In 1884 a major earthquake destroyed most of the houses inside the walls and accelerated the decline of the island. In 1912 the island was annexed to the Kingdom of Greece, but this caused a worsening of its economy and, eventually in 1923, when Greece and the newly born Republic of Turkey signed a peace treaty in Lausanne, all the ties the island had had for centuries with the nearby Asian coast were severed: a sort of iron curtain fell between the two countries, which hopefully in recent years appears to be dissolving.

Discover why Scio was so rich. Go to page two.