In 1841 Edward Lear titled San Buci a picturesque drawing of the small town, on the assumption it was named after a saint, similar to many other Italian locations. It was first recorded as Sambucus in a IXth century document listing the properties of the Benedictine Abbey of Subiaco. It owes its name to the small trees of sambuco (elder) which once were very common in the area. 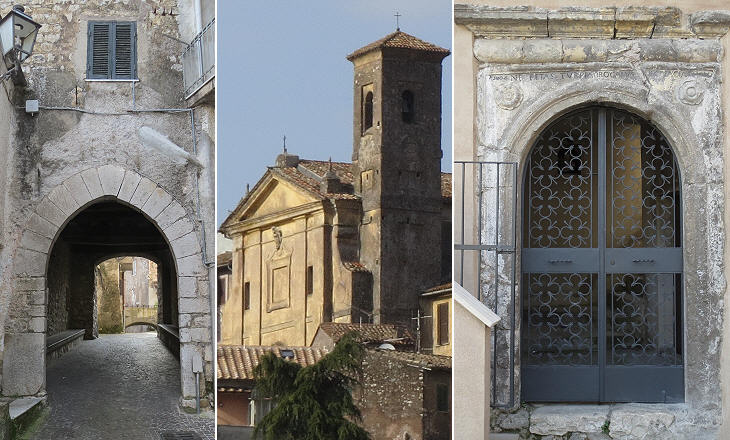 (left) Gate to the older part of the town; (centre) S. Pietro Apostolo, the parish church; (right) portal with the heraldic rose of the Orsini and the inscription "Nec petas turpia rogatus nec facies" (Do not desire wicked things and, when asked, do not do them)

Sambuci was a small town indeed. Its medieval part is made up of a very few houses grouped around the parish church (which was renovated in the XVIIth century) and a castle. In the Xth century it belonged to Convento di S. Cosimato, a Benedictine monastery near Mandela. In the XIIIth century it was part of the possessions of Corrado d'Antiochia, feudal lord of Anticoli. It was assigned to the Orsini of Vicovaro in ca 1514, but just for a short period. 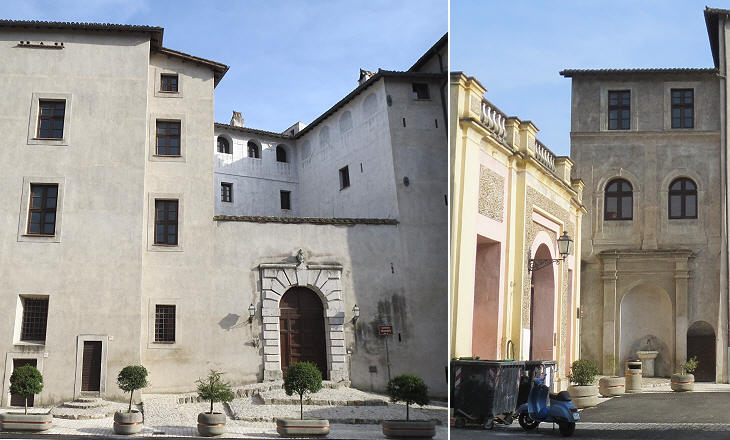 Sambuci was acquired by the Astalli, a minor Roman family, in the late XVIth century. They became important when Tiberio Astalli married a niece of Olimpia Maidalchini, sister-in-law of Pope Innocent X. Camillo, Tiberio's brother, was created cardinal in 1650 and he was granted many privileges. In 1654 he was charged with plotting with Spain against the Pope. The privileges were revoked and he was asked not to move from Sambuci, but the ban was lifted by Pope Alexander VII in the following year. In 1686 Fulvio, nephew of Camillo, was created cardinal. The Astalli turned a medieval square castle at the top of Sambuci into a small palace. 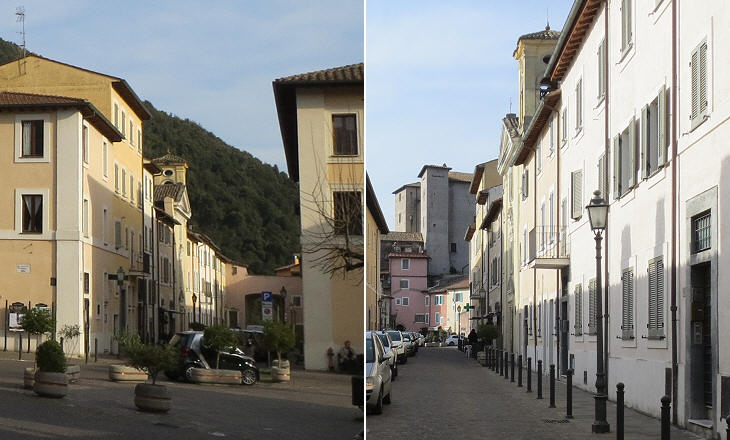 In 1656 a major pestilence hit Rome and its environs. Its effects were particularly severe in the areas around Tivoli and Palestrina. The lords of many small towns built new, more hygienic, boroughs in an attempt to repopulate their fiefdoms. Cardinal Camillo Astalli built il Borgo, an expansion of the medieval settlement, similar to what was done at S. Gregorio di Sassola (Borgo Pio). 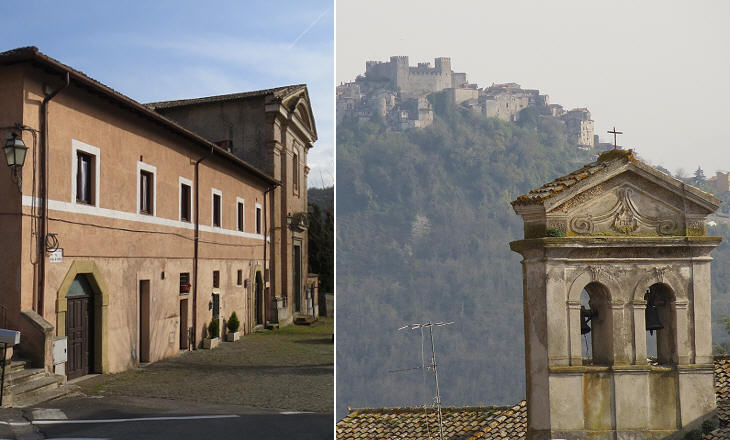 The Astalli had their family palace near Palazzo Muti Bussi, but the size of the building was significantly reduced in 1930-1932. They had a small villa on the Esquiline hill which today houses a school. At Sambuci they promoted the enlargement of a Franciscan monastery and the renovation of S. Pietro Apostolo where they placed their coat of arms (which you can see in the image used as background for this page). The Astalli family became extinct in 1783. 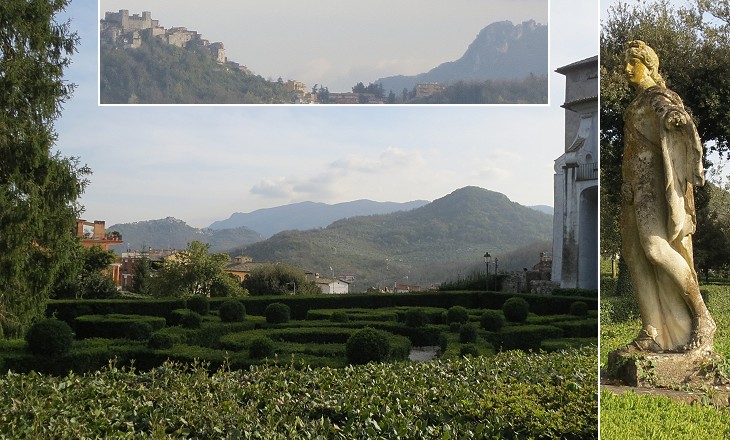 In the XIXth century the Theodoli, Earls of nearby Ciciliano and Marquises of S. Vito, acquired the Astalli Palace at Sambuci and promoted its restoration together with that of its garden. The box hedges are still cut to form the three circles of the Astalli coat of arms. In 1991 the City of Sambuci bought the palace and the garden; the latter is now open to the public. 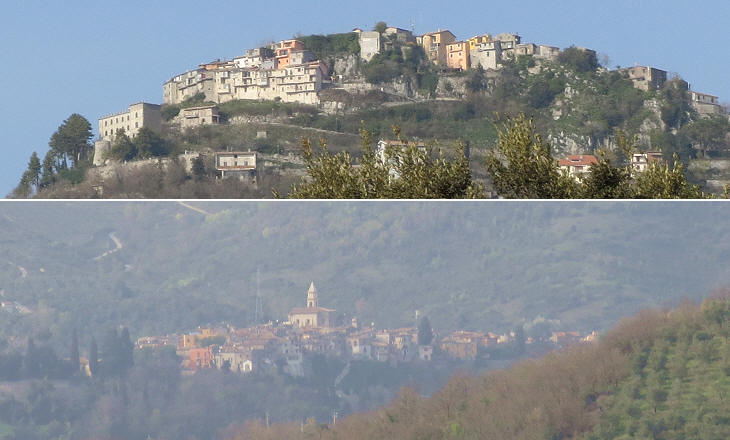 Views from Sambuci: (above) Saracinesco, a small town on a mountain near Sambuci, which is said to have been founded by the Saracens; (below) Mandela in the River Aniene valley

Return to Introduction and Castel Madama or Vicovaro or move to Mandela and Roviano or Anticoli Corrado and Arsoli.