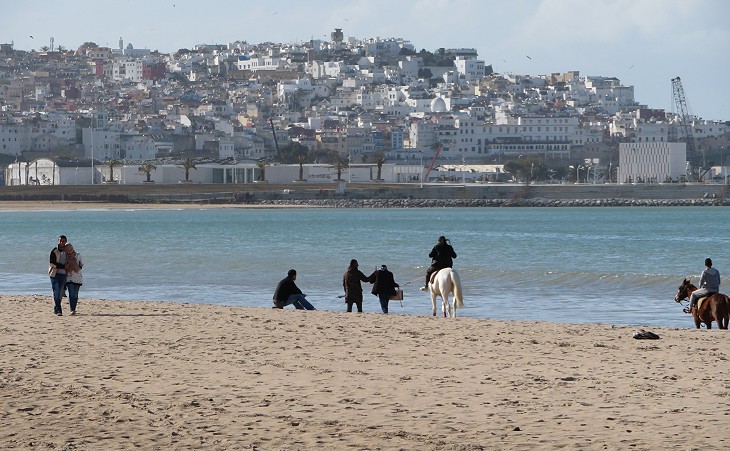 The extreme promontory of Africa, which projects into the ocean, is called Ampelusia by the Greeks. There were formerly two towns, Lissa and Cotte, beyond the Pillars of Hercules; but, at the present day, we only find that of Tingi, which was formerly founded by Antaeus, and afterwards received the name of Traducta Julia, from Claudius Caesar, when he established a colony there.
Pliny the Elder - Historia Naturalis - Book V - translation by John Bostock and H.T. Riley
The great and ancient citie of Tangia called by the Portugals Tangiara, (..) was built by the Romanes upon the Ocean sea shore, at the same time when they subdued the kingdome of Granada.
Leo Africanus - The history and description of Africa: and of the notable things therein contained - 1526 - 1600 translation by John Pory
The Roman town lies under that which was built during the Portuguese tenure of Tangier in 1471-1661. The Portuguese walls are believed to stand on the ancient ones and archaeologists have tried to associate some of the streets of the Medina with those of the Roman town, of which overall there is no clearly visible evidence. A Punic necropolis was found on a rock overlooking the Atlantic Ocean. 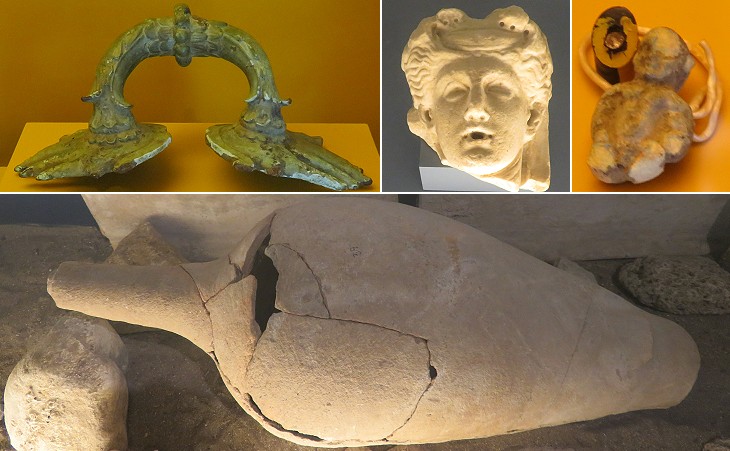 Museum of the Kasbah: (above - left to right) bronze handle from Had el-Gharbia, south of Tangier; head of a small statue and amulet of Bes from Marchan, near the Punic necropolis; (below) funerary urn for a child from Cotta (Ceuta); the image used as background for this page shows a small votive statuette

The visible heritage of the ancient town is limited to exhibits in its archaeological museum inside the Kasbah, the fortress which protected the town. Some of the exhibits testify to the Phoenician/Carthaginian past of Tangier and its environs. Bes was an Egyptian god who was adopted by the Phoenicians as protector of navigation. The use of jars as burial containers is attested in many ancient civilizations, including the Phoenician one. 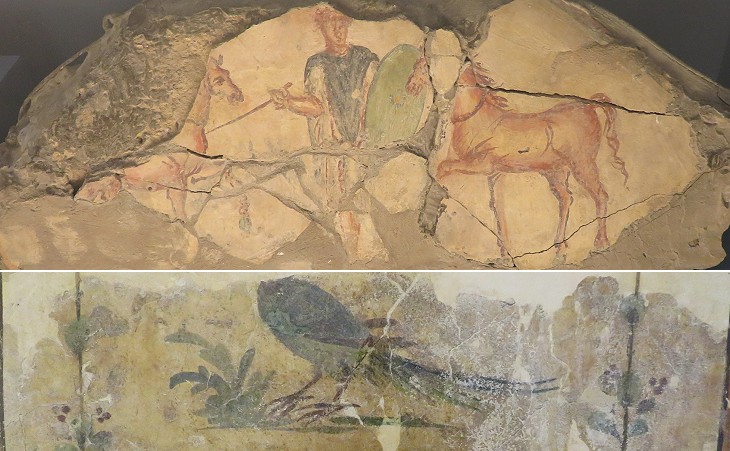 Museum of the Kasbah: frescoes from Bou Kachkach, a necropolis south of Tangier

The exhibits include rare fragments of frescoes including one which portrays a cavalryman with shield and sword leading two horses, a subject which is rarely seen. Because no archaeological excavations have been carried out in the presumable site of the ancient town, the exhibits come from necropolises outside it. 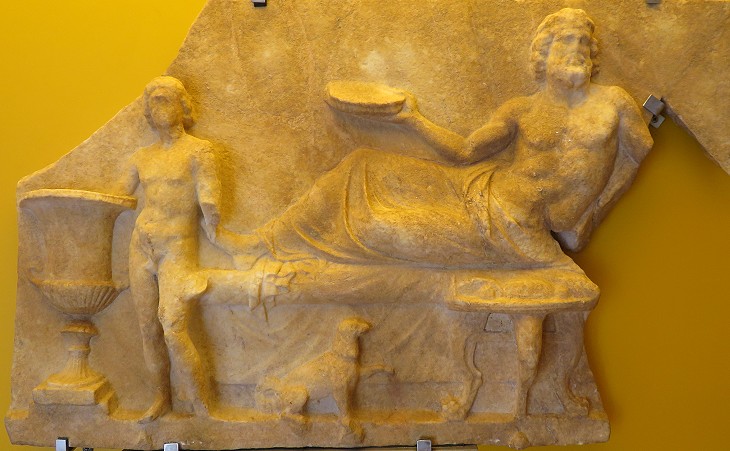 At a distance of twenty-five miles from Tingi, upon the shores of the ocean, we come to Julia Constantia Zilil, a colony of Augustus. Pliny
The great citie of Arzilla called by the Africans Azella, was built by the Romans upon the Ocean sea shore, about seventie miles from the streits of Gibraltar. Leo Africanus
Arzilla lies only five leagues from Tangiers, and is built at the mouth of a river, and inhabited by Moors and Jews, who carry on no trade. It was formerly a Roman colony, afterward fell under the government of the Goths, and was next taken by the Mahometans. Alphonso of Portugal, surnamed the African, mastered it in 1471: and it was abandoned by the Portuguese toward the end of the sixteenth century.
Louis de Chénier - The Present State of the Empire of Morocco - 1788

Museum of the Kasbah: relief from Iulia Constantia Zilil

Julia Constantia Zilil, similar to Lixus, was situated on a hill near the mouth of a river. Archaeological excavations identified some houses, a temple, baths and a large cistern. 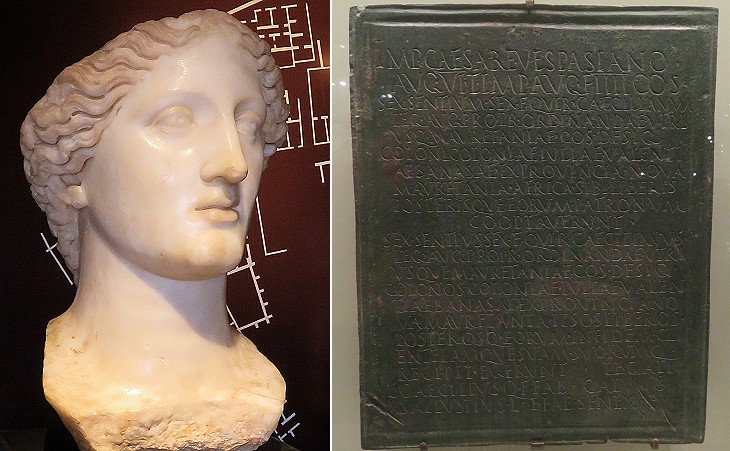 Archaeological Museum of Rabat: exhibits from Iulia Valentia Banasa: (left) head of Juno; (right) bronze inscription of the time of Emperor Titus mentioning the appointment of a governor at Banasa

At a distance of seventy-five miles from Lixus is Banasa, with the surname of Valentia. At a distance of thirty-five miles from this last is the town of Volubilis. (..) On the coast is the river Subur, which flows past the colony of Banasa, a fine river, and available for the purposes of navigation. Pliny
Banasa was a small town, with a tiny forum at its centre. It is likely it was abandoned at the end of the IIIrd century when it was excluded from the territory of the Roman Empire by Emperor Diocletian.

Move to Tangier after the Fall of the Roman Empire (in another section) or to:
Introductory page
Lixus
Sala and Chellah
Volubilis