We next came to two decayed and uninhabited fortresses, called Korghos Kalaler (castles); the one standing on the main land, and connected with the ruins of an antient town; and the other, covering the whole of a small island close to the shore.
Francis Beaufort, Captain of HMS Frederikssteen, a frigate of 32 guns: Karamania; or a brief description of the South Coast of Asia Minor, and of the Remains of Antiquity collected during a survey of that coast, under the orders of the Lords Commissioners of the Admiralty, in the years 1811 & 1812 - Published in 1817 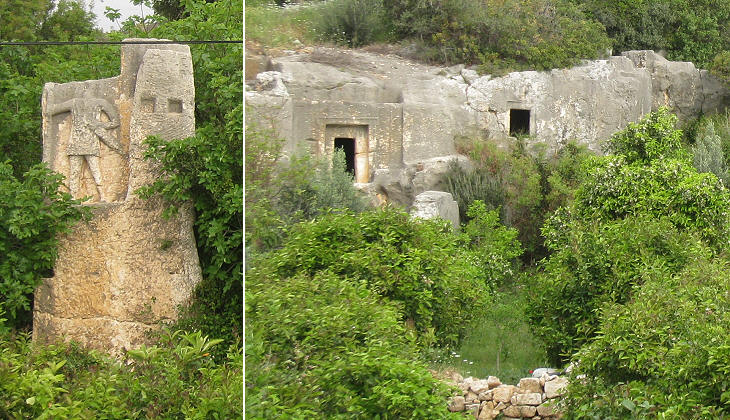 The fortress of Korykos was built on previous fortifications by the Kings of Lesser Armenia (Cilicia) in the XIIth century. The area was highly populated in Roman time and there are many ancient buildings and tombs in the vicinity of the fortress. 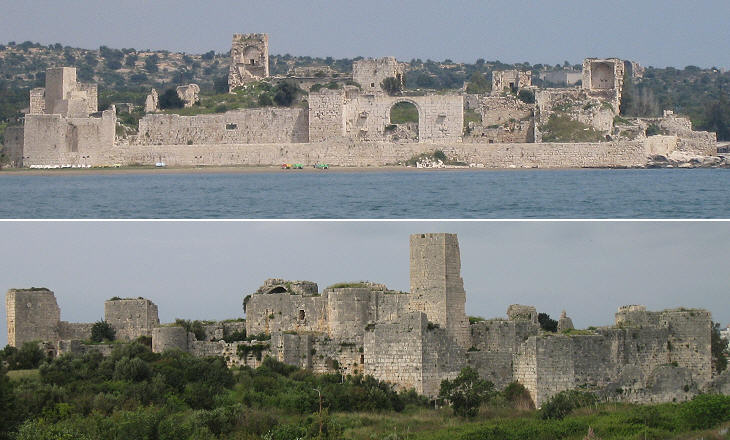 Korykos: (above) western side; (below) eastern side)

The Armenian barons of Korykos controlled most of the eastern coast of Cilicia and their possessions or those of minor feudal families who reported to them included Silifke and Cape Anamur. 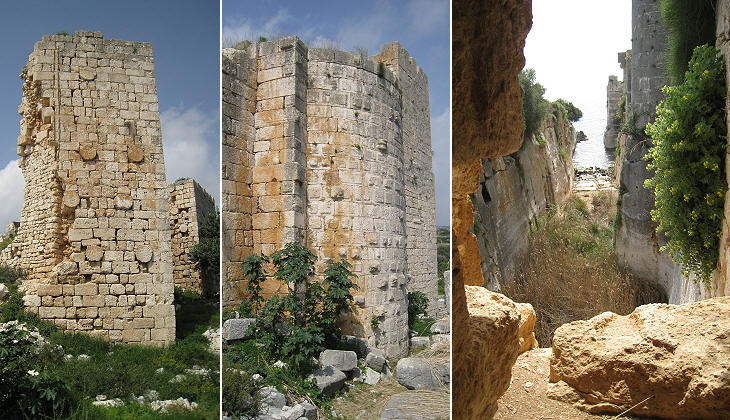 The former (Korykos) has undoubtedly been a place of considerable strength; it is enclosed by double walls, each of which is flanked by towers, and again surrounded by a moat, communicating with the sea by an excavation through the rock of thirty feet in depth. F. Beaufort
In addition to a large natural harbour, the fortress of Korykos housed a very small harbour cut into the rock; Korykos was a port of call for Genoese and Venetian merchants. Chapel and other buildings

We arrived at a castle named Curco, with another on a rock outside the port. (..) The one on the mainland, which I take to be the ancient Coricus, is a place of great strength. (..) There are many ruins of modern churches and monasteries and numberless sarcophagi of ancient and early Christian times, but the whole place, town and castles, is absolutely deserted.
Travels in southern Europe and the Levant, 1810-1817. The journal of Charles Robert Cockerell
The fortress protected a small town with several buildings and three chapels which can still be identified because of their shape. The barons of Korykos had contacts with noble families in southern Italy and France. Hethoum of Korykos spent several years in France advocating an alliance with the Mongols to free the Holy Land; he also wrote in French Histoire merveilleuse, plaisante et récréative du grand empereur de Tartarie, Grand-Khan, a historical and geographical account of western Asia. 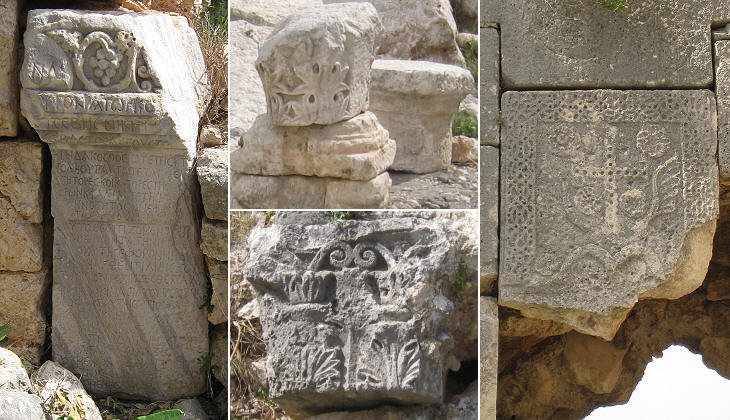 Details: (left) an ancient funerary inscription used as a stone in the construction of the walls; (centre) ancient capitals; (right) Armenian cross

The fortress placed on the island appears to be of the same age with that already described, but owing to its insular situation, it has been much better preserved; the wall, which is about eight feet thick, and twenty-five high, is so perfect, that at a small expense it might still be rendered a respectable post. It is nearly triangular; and at each of the angles are towers sixty feet high, besides five others of lesser dimensions. F. Beaufort
The fortress of Korykos was complemented by a small castle built on an islet at the centre of the bay. A dam linked Korykos to the islet. (above) Western side showing a rebuilt tower; (below) eastern side (in 2010)

The dam did not survive for long and its existence was forgotten. A tale, clearly inspired by Cleopatra's death, explained in a new way the origin of the castle. A maid had been foretold death by a snakebite. Her father built the castle on the waves to protect her, but a snake hidden in a basket of figs sent by an admirer reached the castle and killed the maid. That's why the castle is called Kizkalesi (The maid's castle). 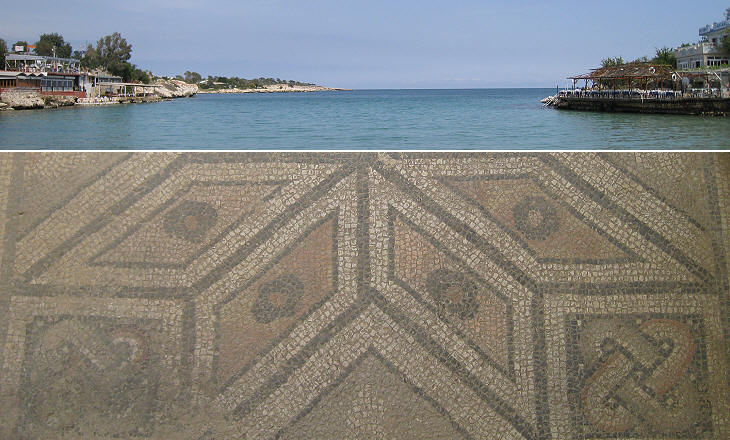 (above) Narlikuyu bay; (below) detail of the mosaic

A few miles to the west of Kizkalesi an underground stream of cold water empties into a small bay; a wealthy Roman chose this spot for building a villa with a bath on the edge the bay; the ancient Romans enjoyed taking baths at different temperatures and the underground stream cooled the water of the sea.
The bath was decorated with a large mosaic showing the Three Graces who were symbols of Beauty, Mirth and Good Cheer. 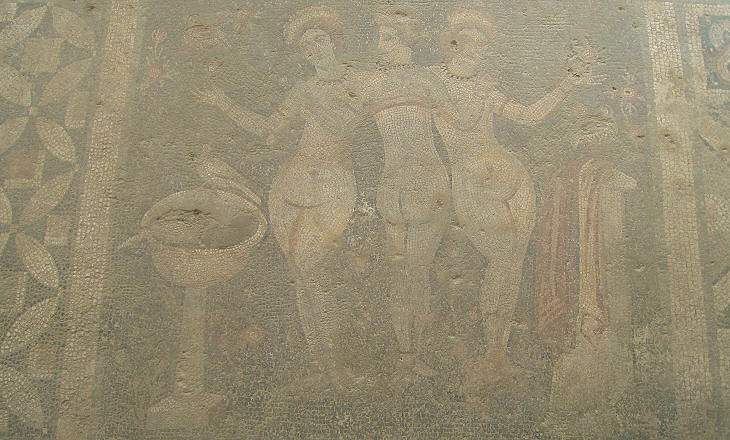 Narlikuyu mosaic: section showing the Three Graces, also in the image used as background for this page

You may wish to see mosaics portraying the Three Graces in Syria, Spain and Algeria and a statue of them from Perge.