Page revised in January 2017. The locations covered in this section were visited in November 2007.

Most travel agents "sell" a journey to the temples of Angkor in Cambodia together with a tour of Thailand or Vietnam and more recently Myanmar. 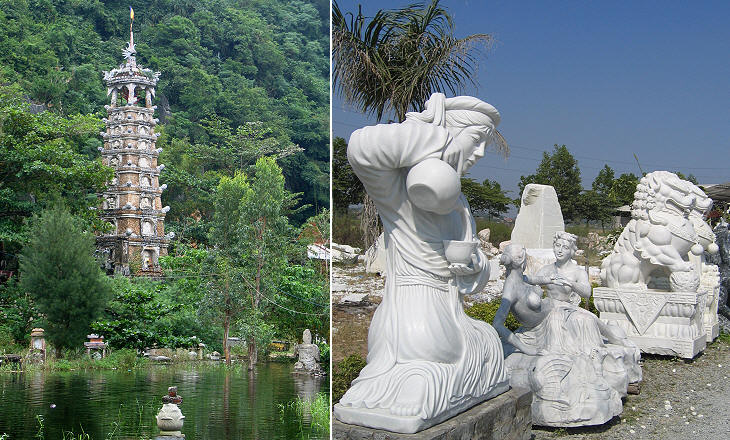 (left) A pagoda at the Mountains of Marble near Da Nang; (right) a sculpture factory near Hanoi

Organized tours often provide shopping opportunities, but in Vietnam, as well as in Myanmar, the main focus of the tour being offered at present is on factories and shopping centres rather than on showing visitors the actual historical sites which may have been the main reason many tourists decided to visit these countries in the first place. In 2006 on the second day of a tour of Vietnam our group was accompanied by a local guide to visit a factory near Hanoi where they make copies of famous statues, available for tourists to buy and have shipped home. On the fifth day of the tour a visit to a series of pagodas near Da Nang was dropped from the itinerary in order to visit a nearby factory to watch the production of yet more copies of statues. The tour guide announced the cancellation of the visit to the pagodas saying "We have already seen many pagodas.
This section is named Postcards from Vietnam because the tour did not allow for a proper visit to the most interesting monuments of the country. 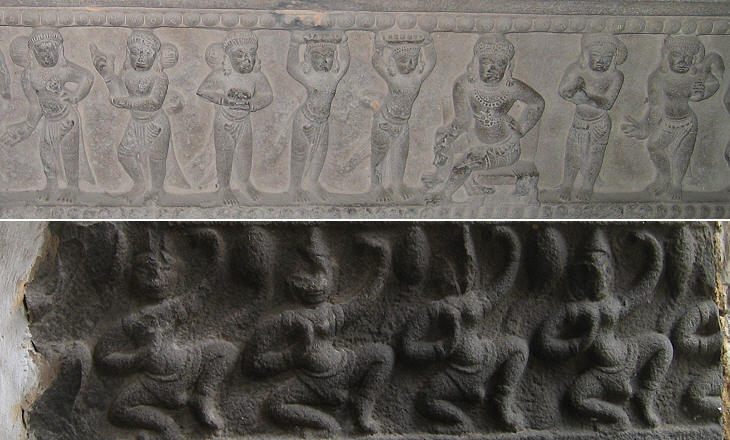 Da Nang Museum: reliefs on Champa altars; the image used as background for this page shows a Champa capital 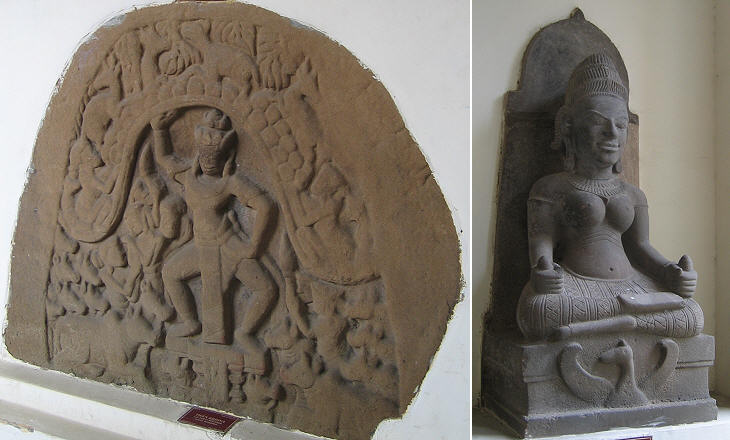 Pagodas, Temples and other Monuments 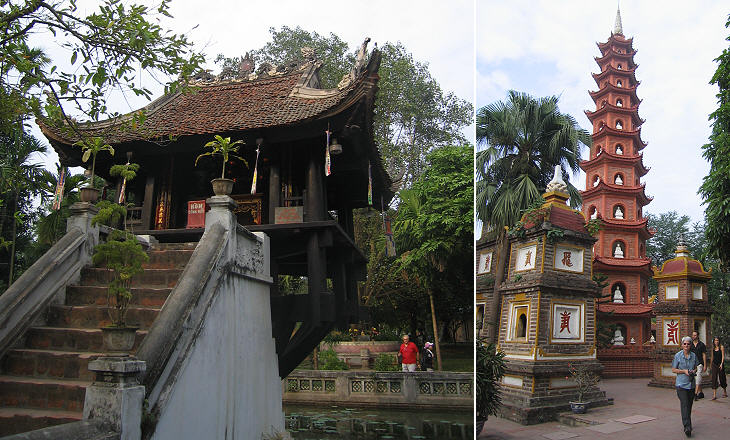 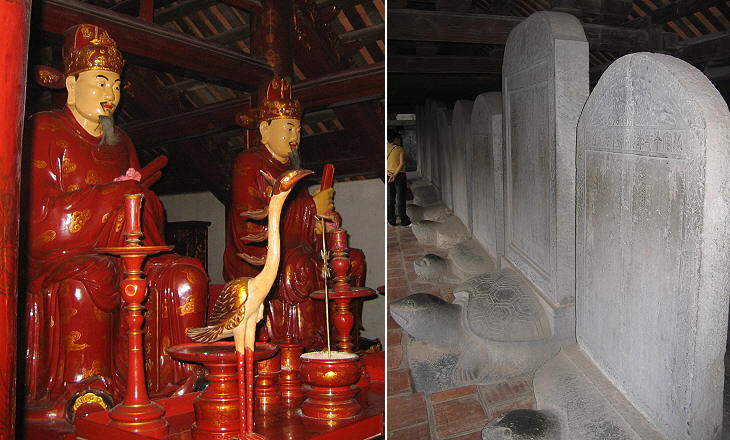 Temple of Literature at Hanoi 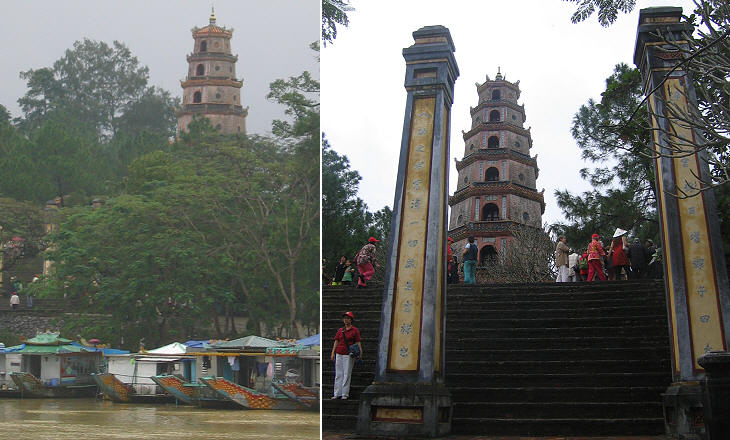 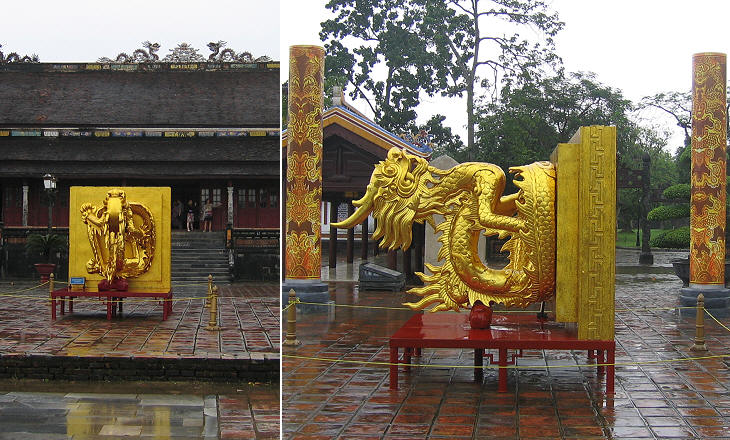 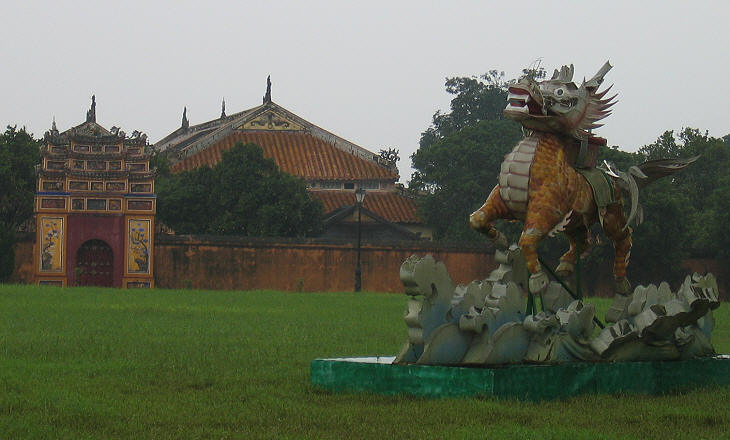 Gate of the Imperial Palace at Hue 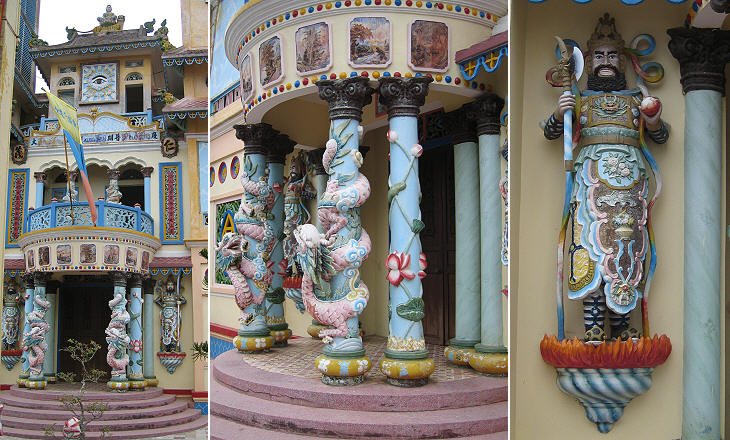 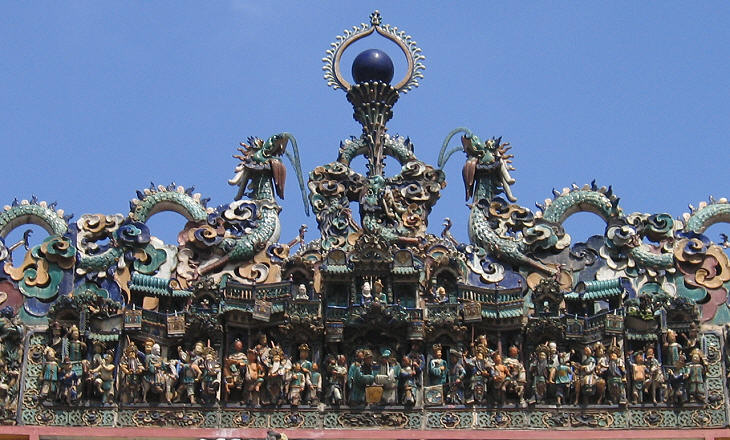 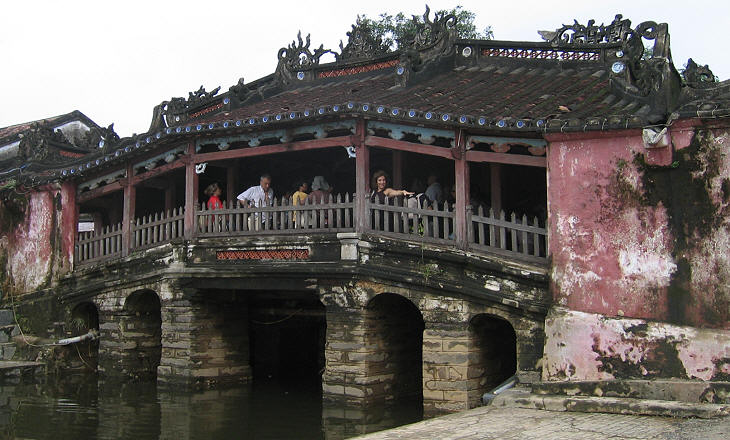 Japanese Bridge at Hoi An 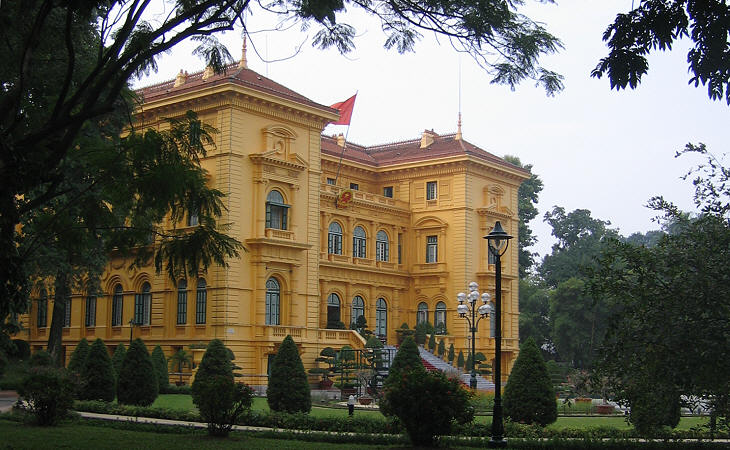 Presidential Palace at Hanoi, former residence of the French Governor 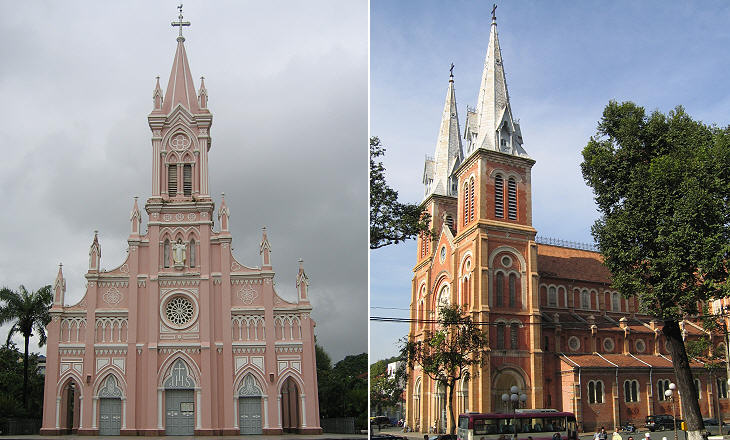 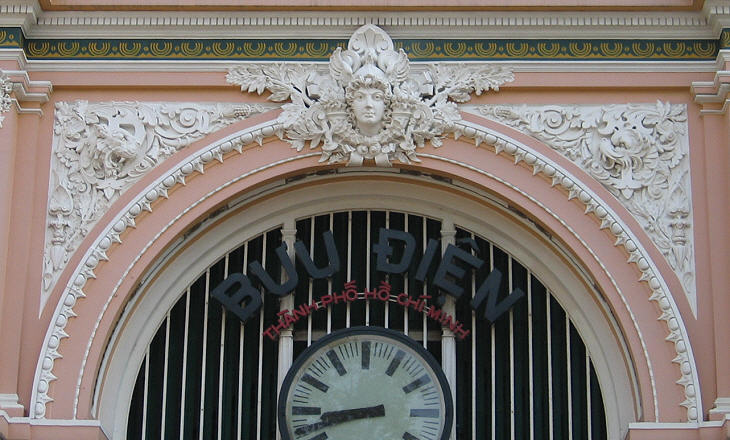 An Excursion to Ha Long Bay 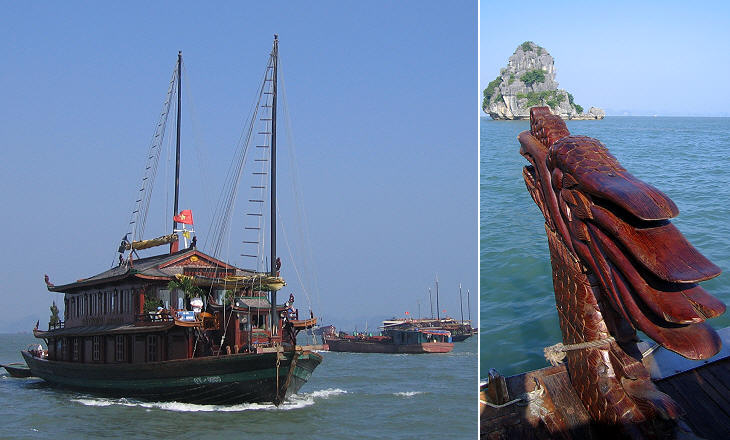 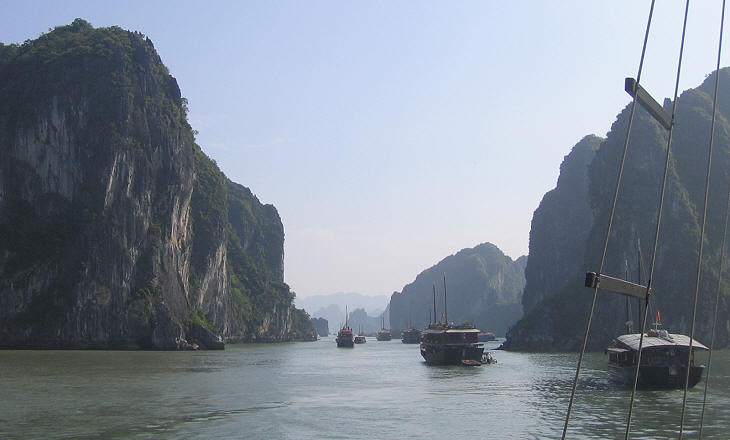 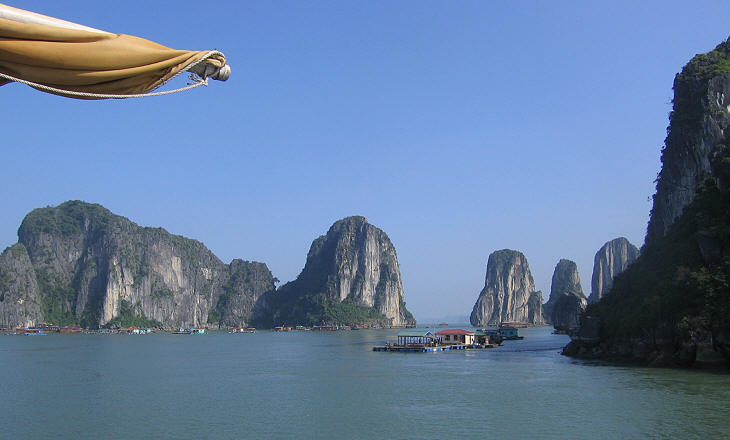 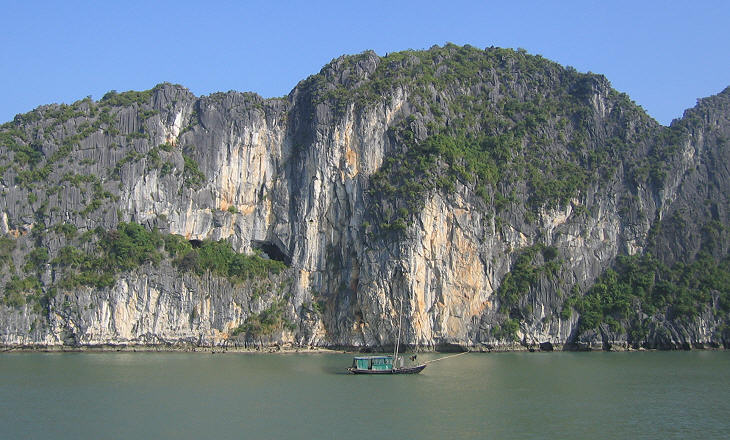 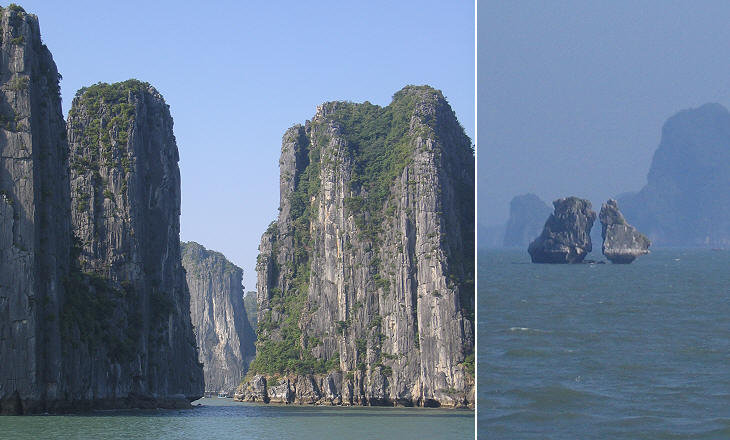 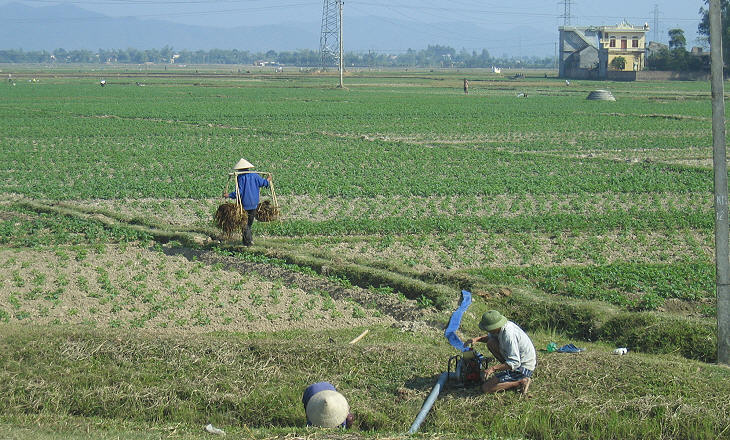 Farmers at work near Hanoi 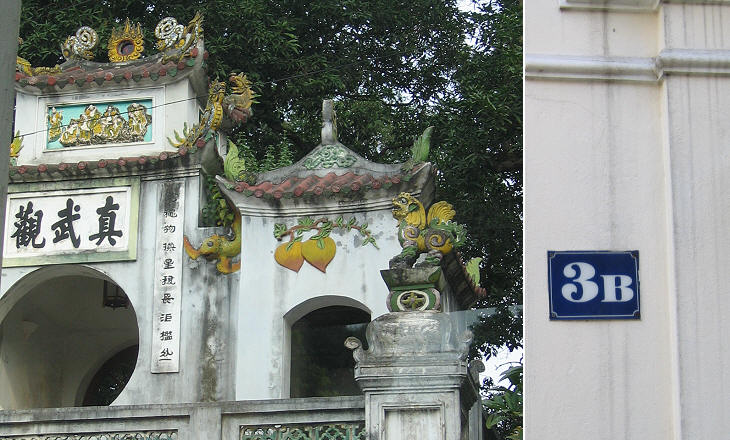 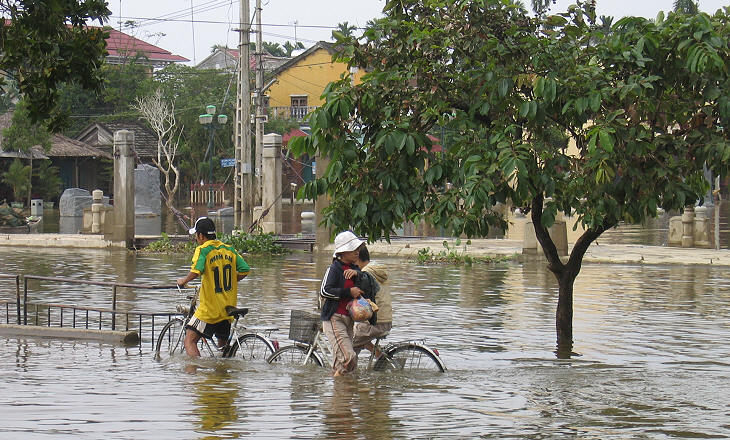 Coping with heavy rain at Hoi An 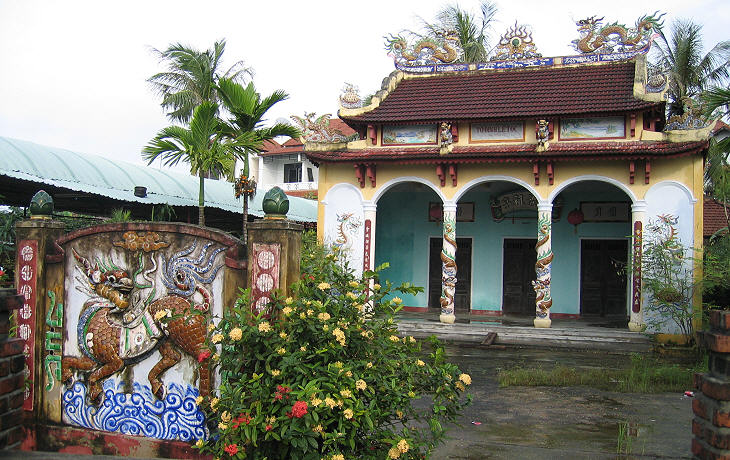 XIXth century house at Hoi An 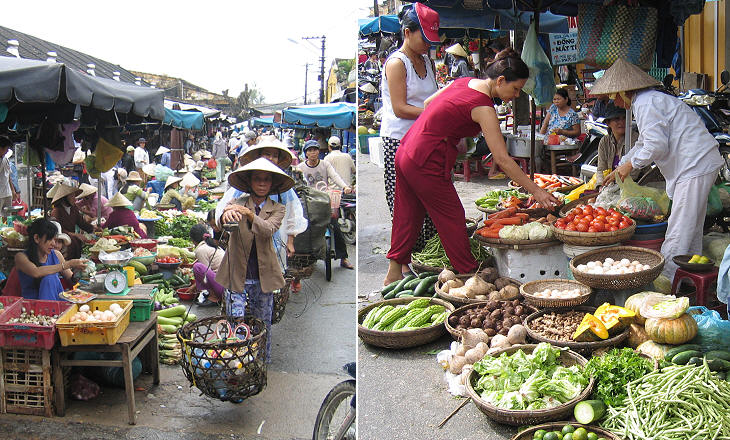 Market scenes at Hoi An 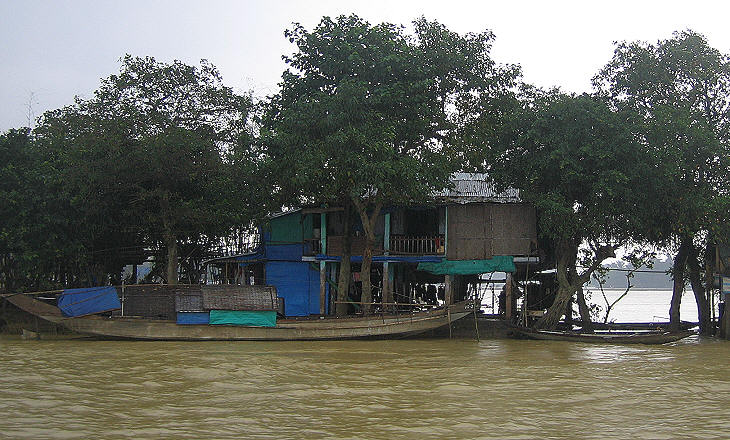 Houses on the river at Hue 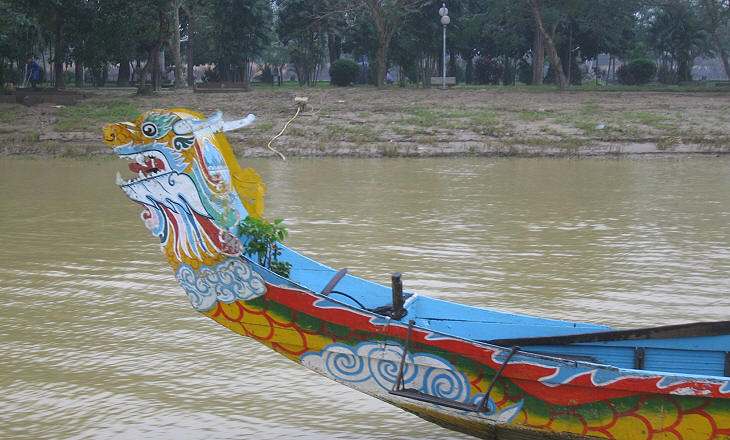 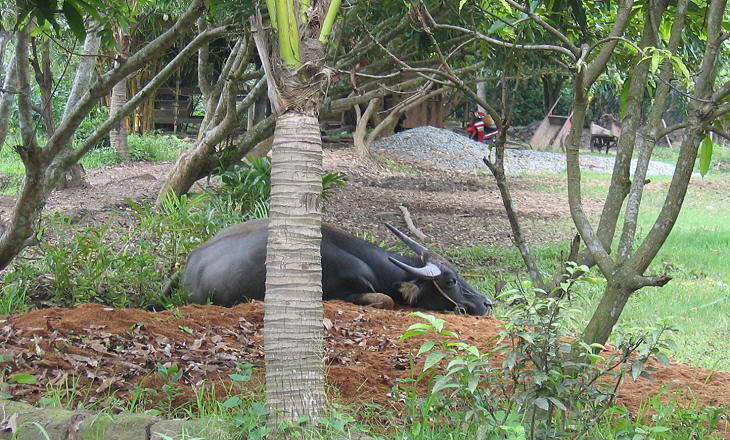 A water buffalo in the River Mekong delta