Annually, during the Burmese month of Thadingyut (from September to October), an 18-day festival is held, during which four of the five Buddha images housed at Phaung Daw U Pagoda are placed on a replica of a royal barge designed as a hintha (a mythical bird resembling a goose) and taken throughout Inle Lake.
The elaborately decorated barge is towed from village to village along the shores of the lake in clockwise fashion, and the four images reside at the main monastery in each village for the night. The high point of the festival is on the day when the images return to Phaung Daw U where they are welcomed by high-ranking officials in the government. The religious ceremony is followed by a race among boats of the various villages. 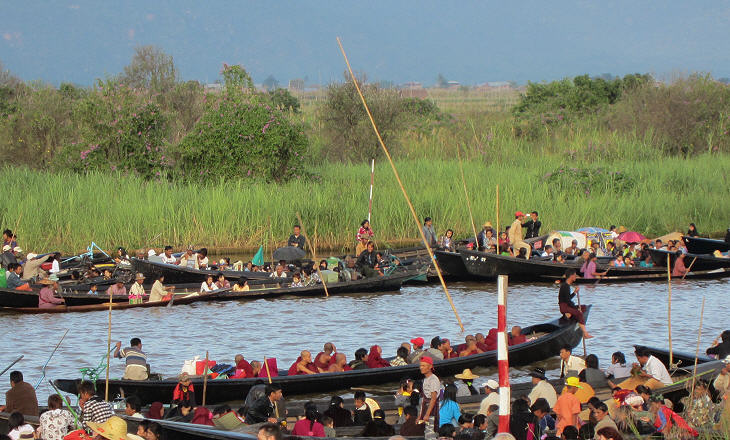 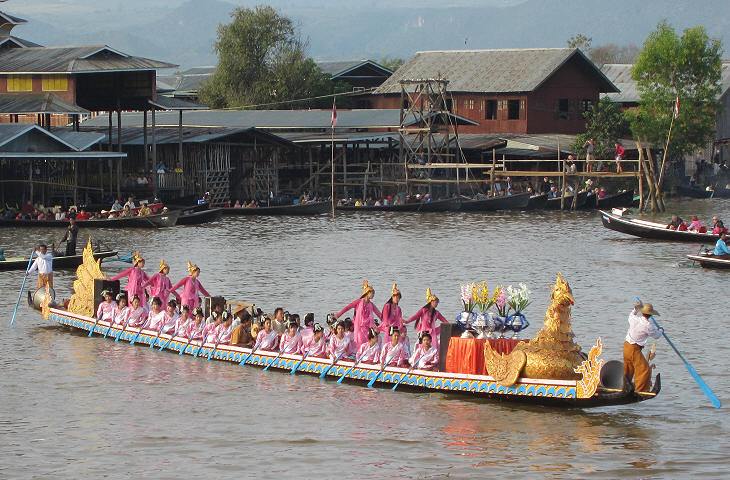 The boat which entertains the audience prior to the religious ceremony. It carries a small orchestra, a singer and six dancers (the image used as background for this page shows one of the dancers) 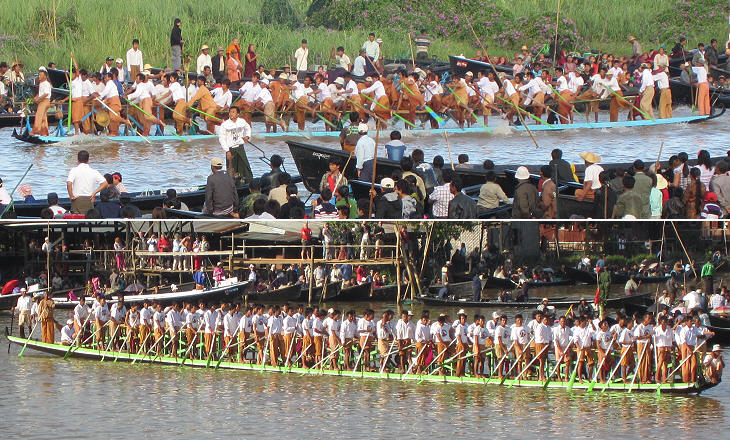 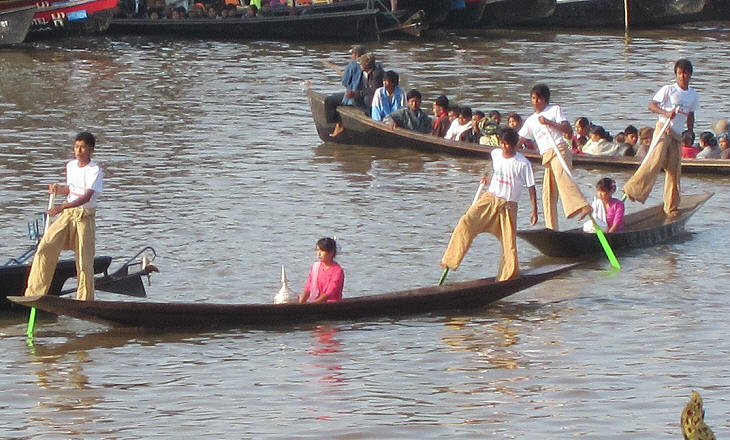 Boats carrying gifts on their way to the pagoda 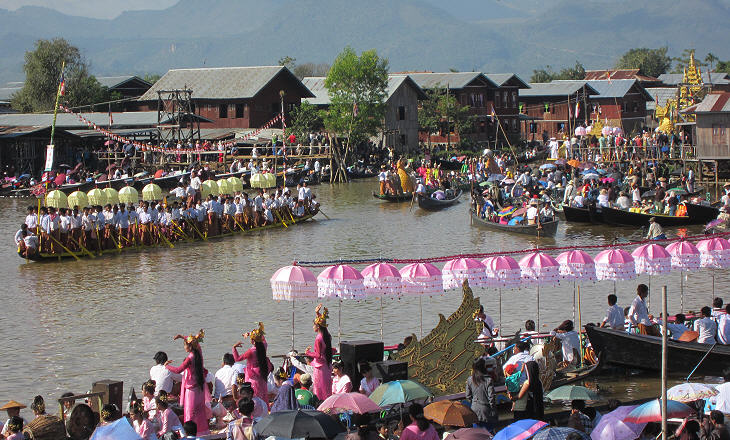 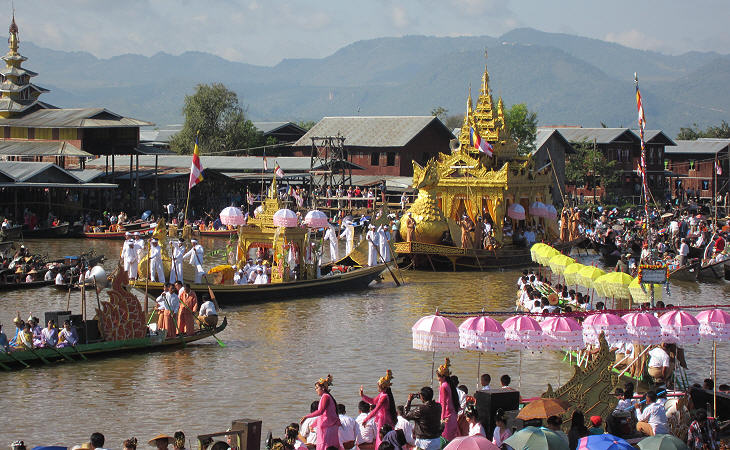 The large boat makes its entrance 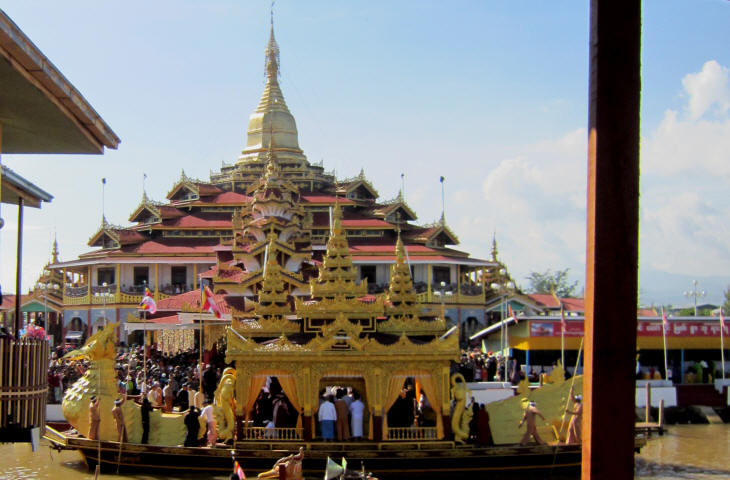 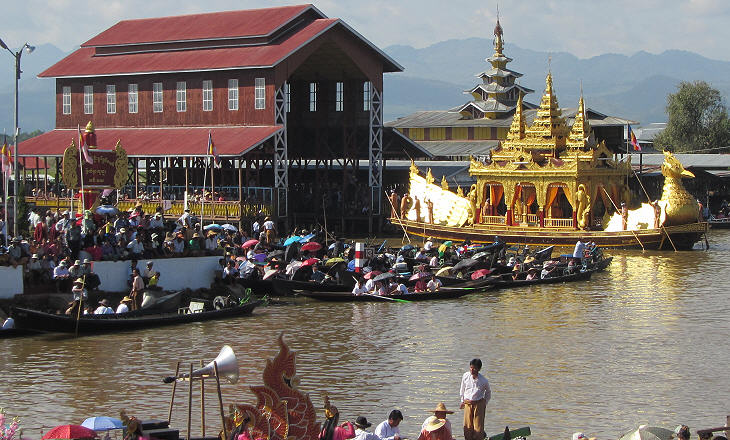 The boat retires into a boathouse built just for this purpose 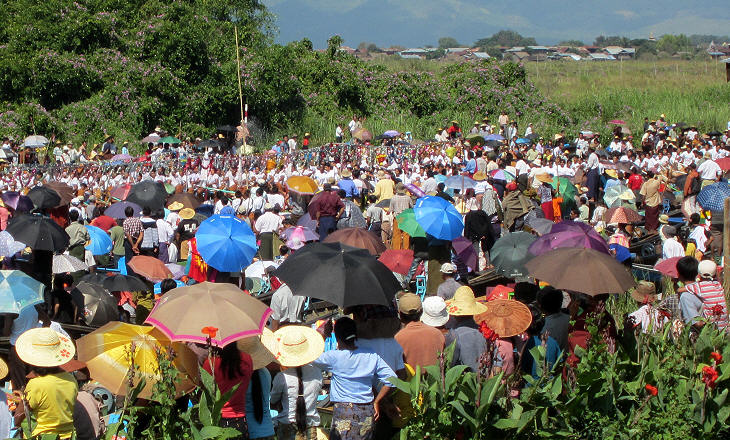 A moment in the race 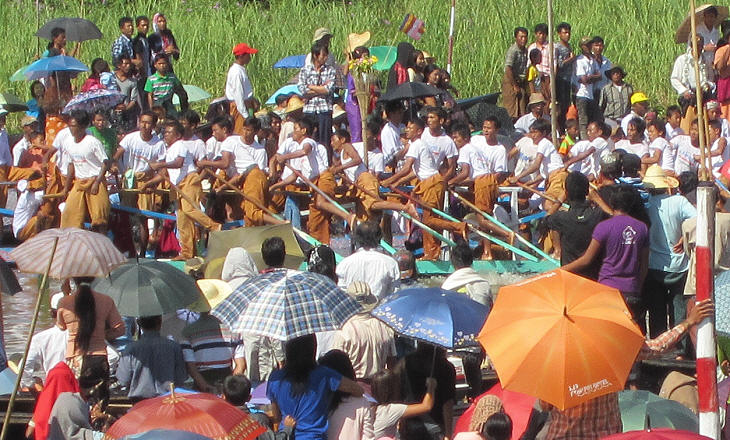 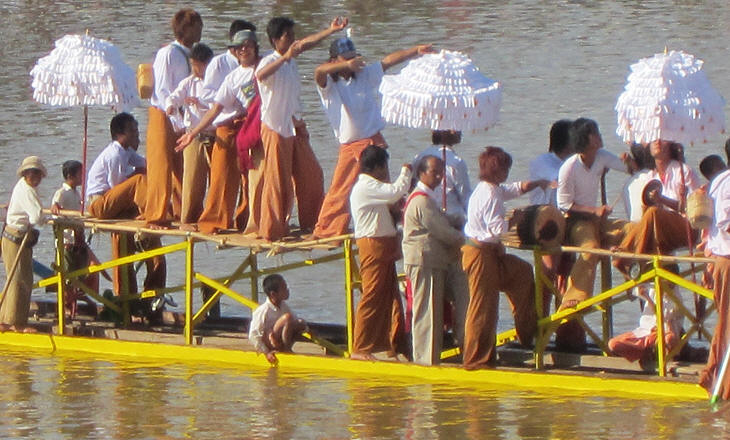 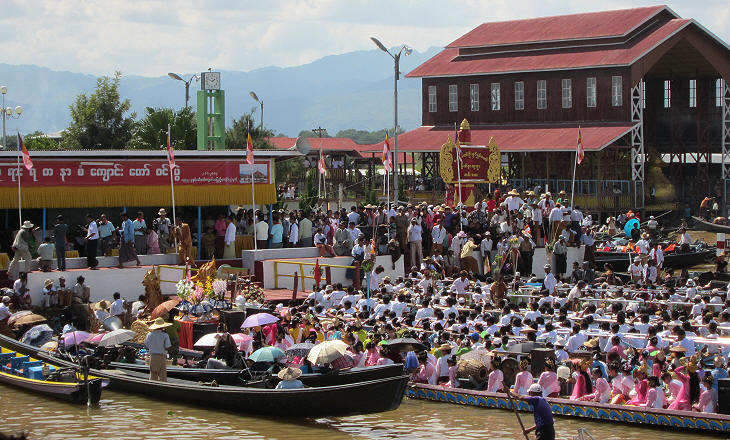 All teams gather for the award ceremony