- Preveza
(detail of a 1651 engraving by Marco Boschini)

Preveza is located at the tip of a narrow peninsula which closes a large internal gulf, known as Gulf of Arta or Amvrakikos Gulf. Its strategic importance was such that the town changed hands several times. In the small map at the top of the page the cartographers of the 1900 Times Atlas used for Preveza the symbol meaning fortress, because at that time the town was protected by three fortresses and a moat. Today Preveza is a thoroughly modern town with little evidence of its past. 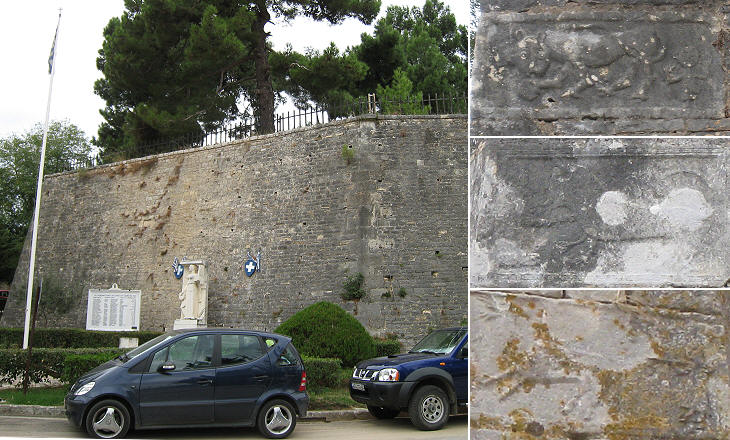 The fortress of St. Andrew is the only one which dates back to the Venetian period: the current set of walls and buildings however is due to an 1807 reconstruction by Ali Pacha and to many later additions/modifications. Some worn out reliefs portraying a man and a beast were placed on the walls; because their design is very naive, it is unlikely that they came from Nikopolis, an ancient town, founded by Emperor Augustus and located 5 miles north of Preveza. 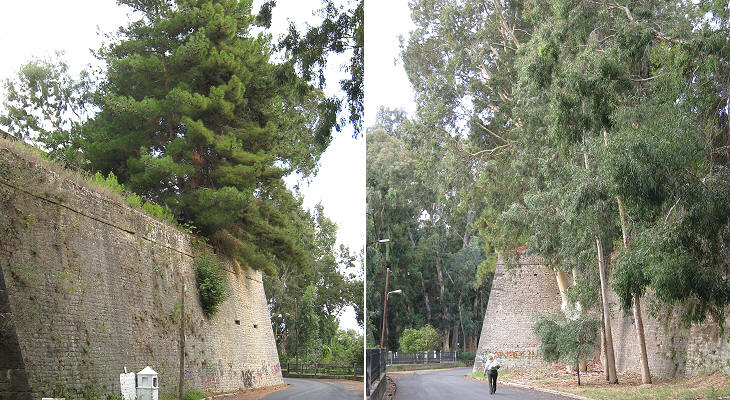 Ali Pacha had a penchant for fortresses; he built at least ten of them along the coast of Epirus. The purpose of this effort is unclear; the Ionian islands of Santa Maura, Paxi and Corfu, after the 1797 fall of the Republic of Venice, were occupied in succession by France, Russia, France again and Britain, but these powers were not interested in invading the extremely poor and inhospitable territory controlled by Ali Pacha.
St. George's castle is located at the western end of Preveza and it faces the Ionian Sea, whereas St. Andrew's Castle is inside the Gulf of Arta. It consists of a rather plain rectangular set of walls.

Ali Pacha built another fortress a mile or so north of St. George's Castle; it is called Pantokrator fortress after the name of a small church built on its top (it is shown in the background of this page). The seaward rampart was added in the late XIXth century. 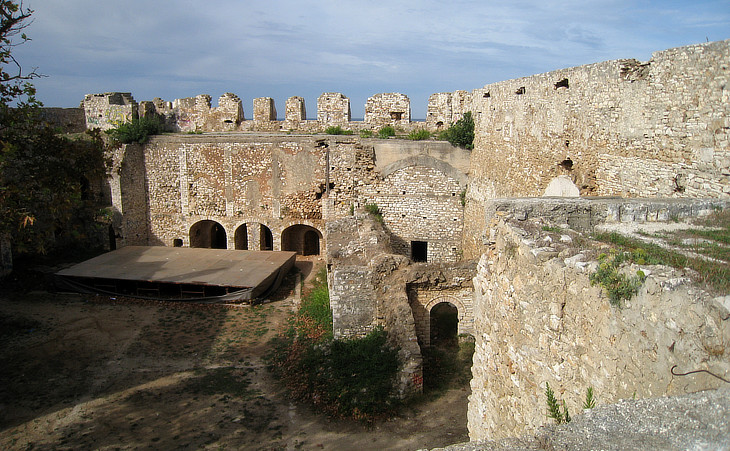 Entrance and interior of the fortress

"The site is now abandoned and because it is very easily accessible it looks bound for a rapid deterioration." This statement was written in 2003: unfortunately a visit in September 2009 confirmed that the site continued to be damaged by vandals. 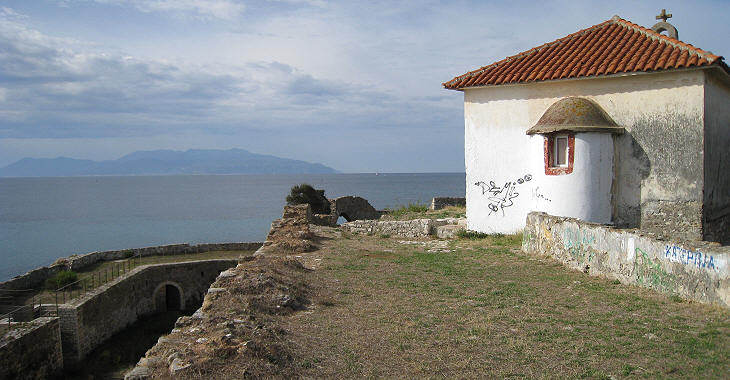 View towards the island of Santa Maura

The fortress is built on a cape which protrudes from the coastline. This affords a clear view over Santa Maura. Ali Pacha made an attempt to conquer that island, but he did not reach his objective.
The image above shows the battlefield of the 1538 engagement between the Ottoman fleet led by Hayruddin Barbarossa and a Christian fleet under the command of Andrea Doria: the Ottomans moved northwards from Santa Maura and although the Christian fleet was larger they forced it to flee.

For most tourists this is the entry airport for the region, for the military historian it is the site of the naval battle of Actium where in 31 BC Octavian's General Agrippa defeated Antony and Cleopatra in an epic clash of some 800 vessels.
In 1812 Ali Pacha built a small fortress at the southern entrance to the Gulf of Arta.

Views of the fortress in Azio