Page revised in February 2017. The locations covered in this page were visited in April 2010.

Earthquakes, epidemics and wars have often caused the abandonment of prosperous cities, but when an entire region is affected by such a phenomenon the causes are not due only to dramatic, but transient events. In the case of the limestone hills situated in the triangle formed by Antioch, Aleppo and Apamea an economic theorem developed by David Ricardo in 1817 may help in understanding why they have been abandoned for centuries: The exchangeable value of all commodities (..) is always regulated, not by the less quantity of labour that will suffice for their production under circumstances highly favourable, and exclusively enjoyed by those who have peculiar facilities of production; but by the greater quantity of labour necessarily bestowed on their production by those who have no such facilities; by those who continue to produce them under the most unfavourable circumstances. (Principles of Political Economy and Taxation - Chapter On Rent) 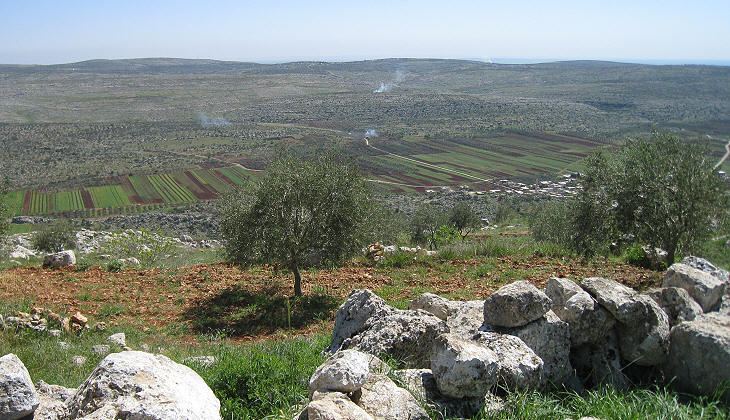 In 1953 Georges Tchalenko, a French archaeologist, published Villages antiques de la Syrie du Nord, le massif du Bélus à l'époque romaine, an extensive study on the settlements and architecture of the limestone hills of northern Syria.
Tchalenko came to the conclusion that the growth and decline of more than 700 villages was closely linked to olive oil manufacturing (you may wish to see a map of the region covered in this section showing the most important villages - it opens in another window).
Peter Heather in The Fall of the Roman Empire - Oxford University Press 2006 summarizes Tchalenko's findings: Tchalenko spent much of the 1940s and 1950s roaming the limestone hills; these hills belonged to the rural hinterland of one of the great imperial capitals, Antioch; in his explorations he came across the remains of a dense spread of villages, sturdily constructed with limestone blocks which had been abandoned in the eight to ninth centuries after the Arab conquest of the region. The villages showed that these hills had once been the home of a flourishing rural population, which could afford not only to build excellent houses, but to endow their villages with sizeable public buildings. This ancient population was much denser than anything the region has supported at any point since, and it clearly made its living from agriculture: Tchalenko believed it produced olive oil commercially. 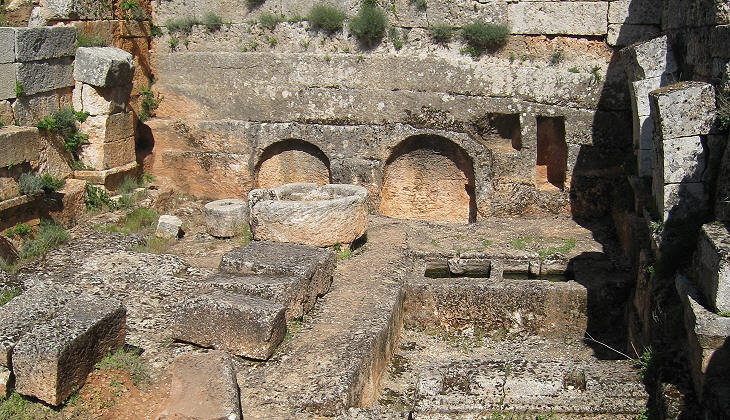 Olive press and other equipment for manufacturing olive oil at Sergilla

Tchalenko's successors have refined the detail of his investigations and come to the conclusion that farming was less monocultural than Tchalenko had realized, animal husbandry and viticulture being noticeably significant. It is however generally agreed that the villages were owned by rich city families or by powerful religious communities such as the monastery of St. Simeon and were inhabited by dependants. 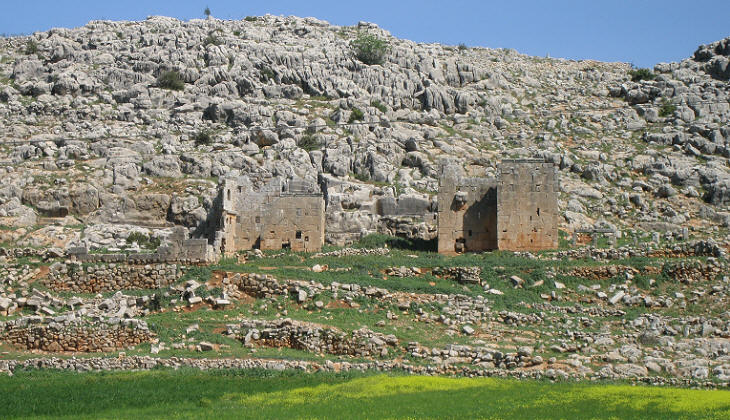 On the way to Qirqbizé

The bubonic plague that spread through the Roman Empire at the time of Emperor Justinian hit Antioch in 542 and ancient historians reported that its population was halved, thus greatly reducing the total demand for the commodities; the villages of the limestone hills which, because of the nature of the soil and the distance from the city, were the economically marginal suppliers, were particularly affected by this reduction; a second cause of decline of the total demand can be found in the events which occurred in the first half of the following century: the Sassanids (Persians) conquered Apamea in 610 and Antioch in 611; the Byzantines retook the cities in 627, but in 639 the whole region was conquered by the Arabs; as a consequence of these wars the urban population significantly decreased.
Tchalenko set the abandonment of the limestone hills immediately after 610, on the basis that the last new construction he could date was a 610 building, but further research has moved the end of the settlements to a later period.
Another element which could have contributed to the abandonment of the region is the excessive exploitation of the land, which eventually led to significant erosion of the soil, thus unearthing the bare rock. 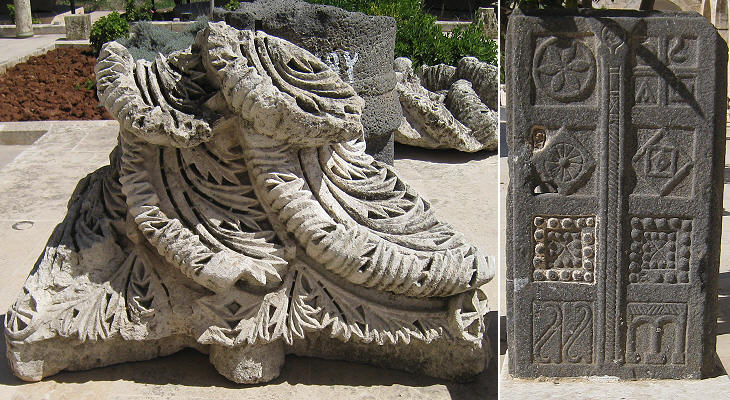 An interesting aspect of the buildings of the region is that, while interesting from an architectural standpoint, they are devoid of decoration outside of doors and windows. The region became Christian at an early stage and churches are its most significant monuments; their design departs very significantly from the Greek-Roman tradition; although the Hellenization of Syria began at the time of Alexander the Great it is likely that the first local Christians did not belong to the upper classes of Greek/Roman origin/education and that they regarded Classic art as foreign and pagan. In the few cases where a classic pattern was utilized (e.g. Corinthian capital) it was significantly modified. Another interesting aspect relates to the construction technique which in this region was based on the almost exclusive use of cut stone, in preference to the brick and mortar of Roman practices. 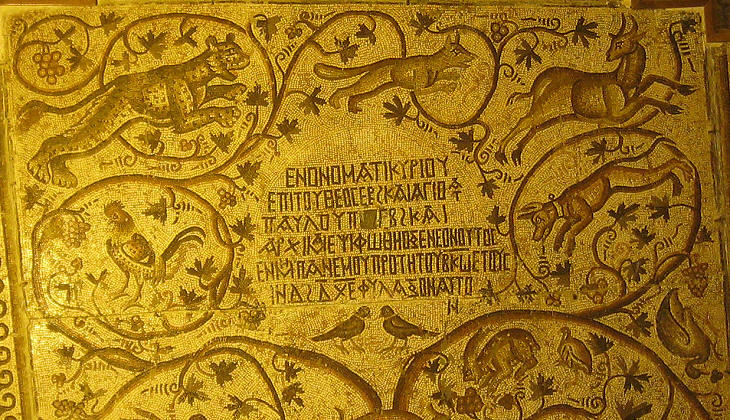 The region of Antioch retains some of the finest Roman mosaics; this tradition was not abandoned when the new faith prevailed, but the subjects portrayed no longer included references to a Greek myth. The Museum of Maaret an-Nouman houses several interesting mosaics found in the limestone hills. The image used as background for this page is based on an exhibit at that museum.