Priverno was not the only town founded by the inhabitants of the Amaseno River valley when they had to find a safer location in which to settle to escape Saracen raids. Some of them chose to found Sonnino (perhaps from Latin sommum, meaning top) in a very remote location on a mountain which was hardly visible from the valley. Eventually this mountain became the border between the Papal State and the Kingdom of Naples; there were no roads through it and only a mule track linked Sonnino to Priverno. (left) 2004 monument to the victims of the 1944 bombings; (right) engraving by Domenico Pinelli portraying a Sonnino brigand with his wife

The City of Sonnino has dedicated a street to Pope Pius VII (as you can see in the image used as background for this page), because, notwithstanding the 1819 edict, the town was not razed to the ground and its inhabitants were not deported. The edict granted Sonnino a reputation which the current citizens are proud of, at least to some extent, because a modern relief portrays an inhabitant of the town in the traditional costume of the brigands. 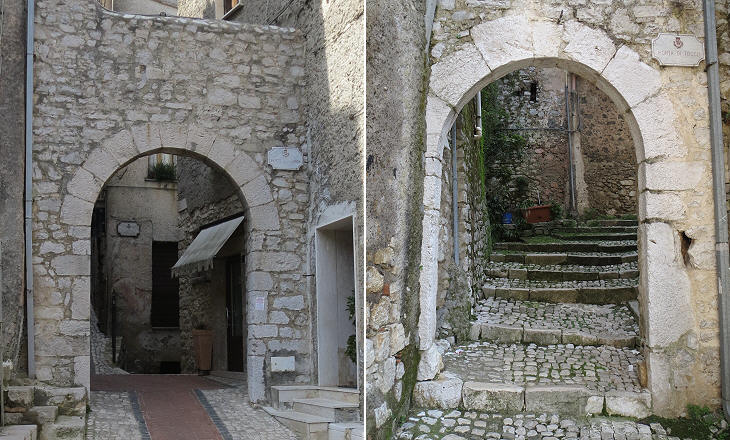 Indeed the first report was that the town had actually been battered down and all the inhabitants put to death in the night. The peasants who gave this evidently exaggerated account were of opinion that the men must certainly have been absent from the town or they would never have suffered it to be so surprised. Lady Maria Callcott.
Cardinal Consalvi actually sent the army with some artillery to Sonnino and Porta Riore, the gate where the mule track from Priverno ended was razed to the ground with the neighbouring houses. As reported by Lady Maria Callcott, there was no resistance to the troops sent by Consalvi and the other gates were not damaged. 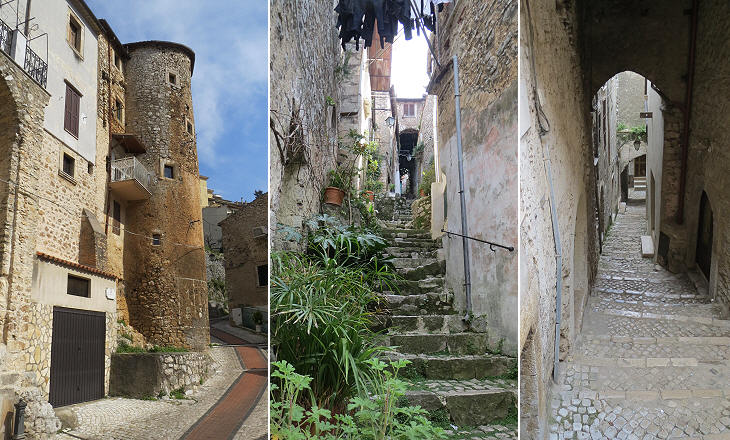 (left) La Torretta, one of the towers which protected the town (Giacomo Antonelli was born there in 1806); (centre/right) narrow streets

Cardinal Consalvi sent the army because he knew that Sonnino had walls strengthened by round towers and steep and very narrow streets which could be easily blocked. Had he fully implemented his edict he would have deported Giacomo Antonelli, one of his successors, at the time a boy of thirteen. Cardinal Antonelli was appointed Secretary of State by Pope Pius IX in 1849 and held this office until 1876. 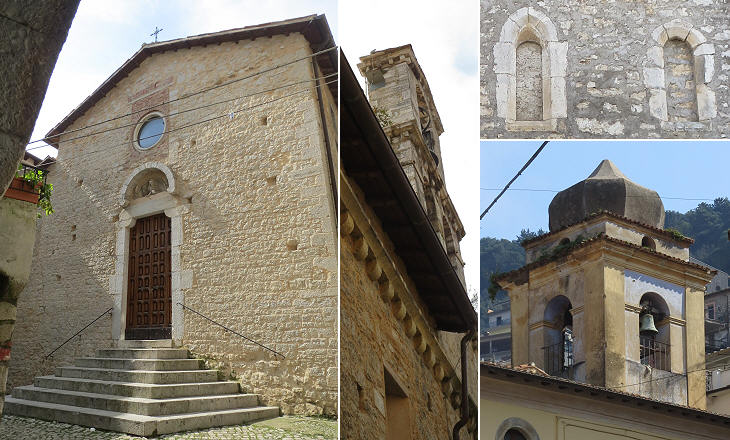 S. Michele Arcangelo was built in 1210 most likely with the assistance of monks from the nearby Abbazia di Fossanova which had just been completed. The portal and the side of the church show elements of the original building. In 1300 the Franciscans built a church outside the walls of the town; similar to S. Michele Arcangelo it was modified in the following centuries, but it retains some windows of the original building. 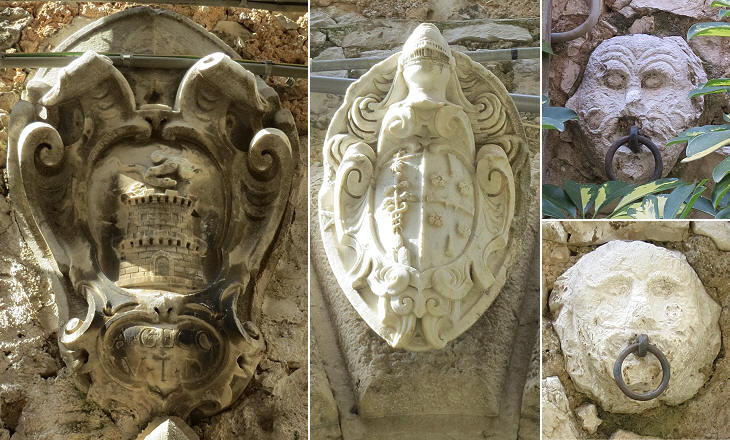 (left) Coat of arms of a "V.I.D." (Utriusque Iuris Doctor - Doctor of both laws); (centre) coat of arms near S. Michele Arcangelo; (right) nearby ancient reliefs with horse tie rings

Not all the inhabitants of Sonnino were brigands; there were some noble families and a holder of a doctorate in both civil and church law, which he probably was given at la Sapienza, the University of Rome.