The eco system of the marsh was not that unfavourable to the settlement of our ancestors; the ponds and the coastal lakes provided fish which were easy to catch, the volcanic hills had several caves which provided a shelter, the hunting of boars and wild buffaloes was another source of food: these factors explain why so many remains of prehistoric times have been found in the area of Sezze.

The town of Sezze lies at the top of a hill: while the town has expanded outside the ancient walls on the eastern side, the walls are still limiting it on the side towards the plain where there is a precipitous slope, similar to that of Norma.

Views towards the former marshland

Today Sezze is made up of two very different towns because a part of its population has moved near the railway station on the plain, from where it is very easy to commute to Rome. 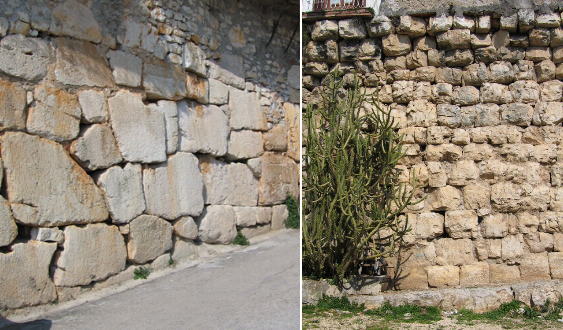 Sezze retains sections of its very ancient walls built by laying next to each other gigantic blocks of different shape (other similar walls can be seen in Segni and Alatri) and of the much more elaborate walls built by the Romans when the town fell under their hegemony in 382 BC.

The old gates of Sezze have been sacrificed to the needs of modern life (with the exception of Porta Paolina shown in the image used as a background for this page) so this interesting building near the lost Porta Romana, which was the main gate of Sezze, cannot be seen in the right context. 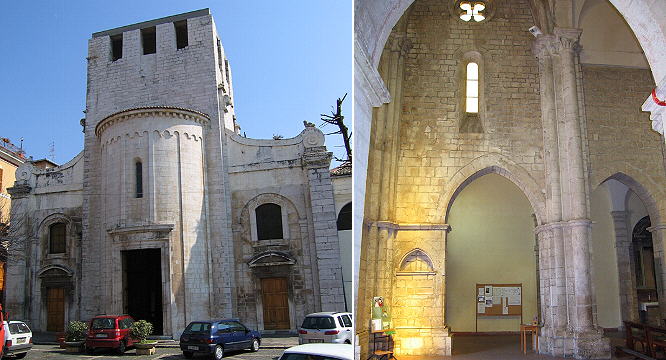 The main monument of Sezze is its medieval Cathedral, built having in mind the pattern set by the Cistercians at Abbazia di Fossanova, but this was upset in the early XVIIth century when the orientation of the church was reversed and the apse was turned into the entrance with a final result which is rather unique.