- Pope Clement XII
(bronze decoration at the entrance of Cappella Corsini in S. Giovanni in Laterano)

Cardinal Lorenzo Corsini was elected pope at the age of 78 on July 12, 1730 after a very long conclave (more than four months), maybe with the help of money paid by the Grand Duke of Tuscany. Lorenzo Corsini belonged to a very influential and rich family of Florence. The Corsini had been on friendly terms with Pope Urban VIII Barberini and for more than a century they had a cardinal in their family. 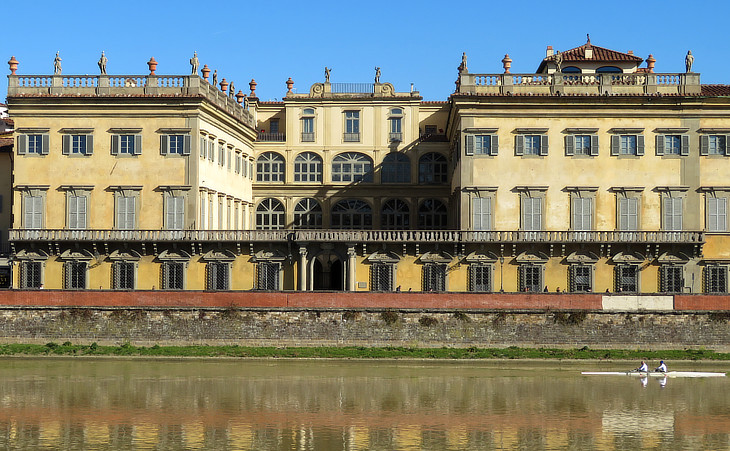 Lorenzo Corsini became a cardinal in 1706 and he was a candidate for being elected pope in 1721 and 1724, but both the Austrian Emperor and the King of France were hostile to his appointment. He Corsini was known for his vast culture and his support for the arts including music (he was a good violin player).
His predecessor Pope Benedict XIII had been influenced by his relatives and friends from Benevento, a town near Naples, but belonging to the Papal State. His views on artistic matters were considered very provincial and he had little interest in promoting the arts. On the contrary Clement XII shared the view of many other popes about the appropriateness for a pope to promote the embellishment of Rome. 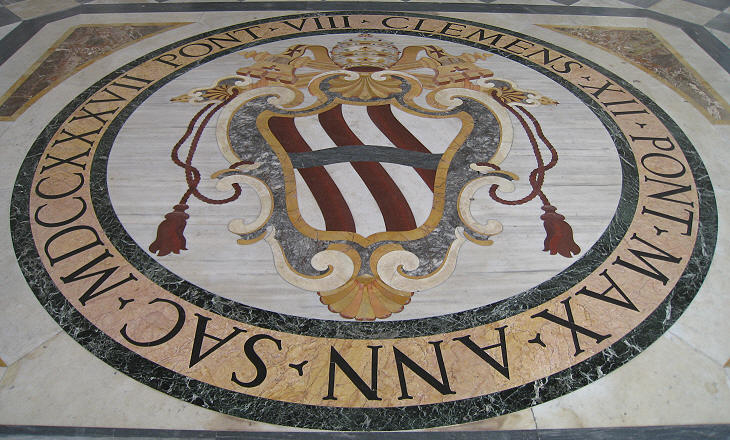 Coat of arms of Clement XII (marble inlay) in the floor of the new portico of S. Giovanni in Laterano; the image used as background for this page shows another coat of arms of the Pope in the same basilica

Clement XII reintroduced the lotto (banished by his predecessor) and its revenue was used to finance a series of new projects, the main one being the new façade of S. Giovanni in Laterano.
Clement XII became blind in 1732 and until his death in 1740 most of the routine decisions were made by his nephew Cardinal Neri Corsini. A vivid account of life in Rome towards the end of his pontificate can be found in Lettres familières sur l'Italie by Charles de Brosses, also known as President de Brosses, as he was appointed President of the Parliament of Bourgogne. His letters, written in 1739-1740 when he was 30 were published in 1799.

Fountains are one of the main attractions of Rome. Clement XII is known for having built Fontana di Trevi, but also other fountains are decorated by his coat of arms. Fontana del Mascherone makes use of the head of a Roman satyr. The fountain is completed by an elaborate inscription and by the coat of arms of the Pope.

Fountain in Vermicino near Frascati

Vermicino is a little hamlet on the road leading to Frascati. Here Clement XII built a simple but elegant fountain. He also built not far from here the fountain of Porta Furba. 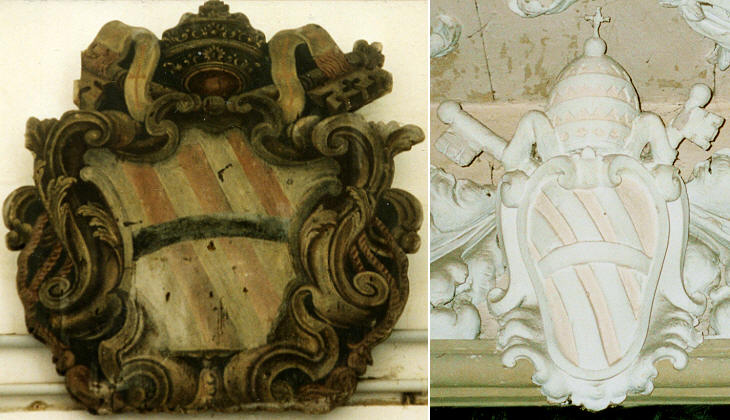 Statues to Clement XII were erected in Ravenna and Ancona, but the coat of arms of the Pope was not spared by the effects of the French Revolution.
Matelica is a little town in the inner Marche near Fabriano which houses a museum of papal memorabilia of the XVIIIth century. The material was gathered by Monsignor Venanzio Filippo Piersanti a prelate of the papal court in the first half of the XVIIIth century. The museum has a small collection of cardboard papal coats of arms. They were (and are) used to show the coat of arms of the current pope and very few of them have been retained. The church of S. Filippo in Matelica has another coat of arms of Clement XII. 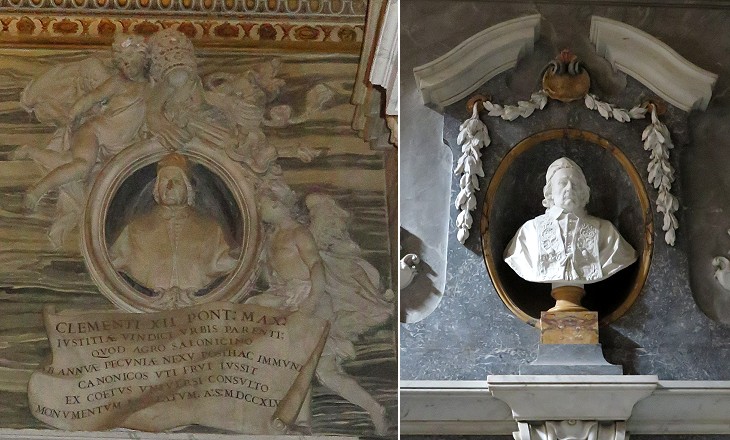 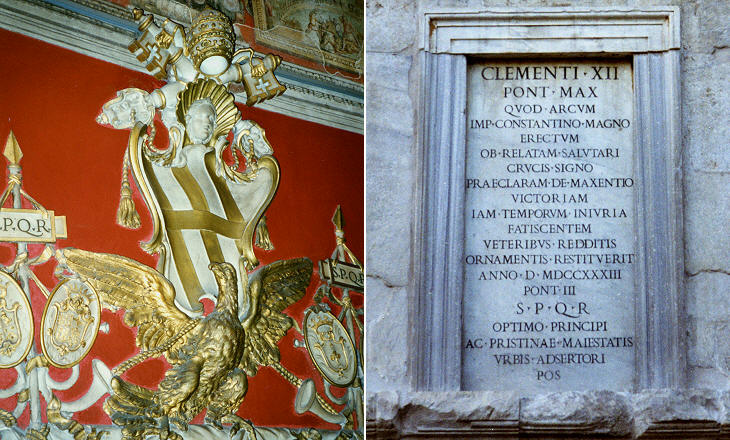 Clement XII enlarged the collection of antique statues in Musei Capitolini which were opened to the public for the first time. He also promoted the restoration of Arco di Costantino: the inscription celebrating the event was put on the side of the monument in order to preserve its integrity, a sign of the acknowledgement of the importance of art irrespective of the religious aspect.