In 1682 some Hungarian noblemen who nourished some strong anti-Habsburg, anti-Catholic sentiments sought Ottoman help in establishing an independent Hungarian kingdom under the Sultan's suzerainty. France, at that time at war with the Habsburgs, acted behind the scenes to support the revolt and the Ottoman intervention.
Border skirmishing escalated to a full-scale war and towns (e.g. Sopron/Oldenburg) of Royal Hungary, the part of the country belonging to the Habsburgs, fell into the hands of the rebels and their Ottoman allies. Kara Mustafà Bassa (Pasha), the Grand Vizier leading the Ottoman army, thought the time had come to take Vienna and thus achieve what Suleiman the Magnificent could not in 1529. The military structure of the Ottoman Empire however did not foresee waging war in winter; because of the partly feudal nature of the army and because of the extremely poor road conditions during winter, campaigns were carried out between April and September, so Kara Mustafà plans had to be postponed to 1683. 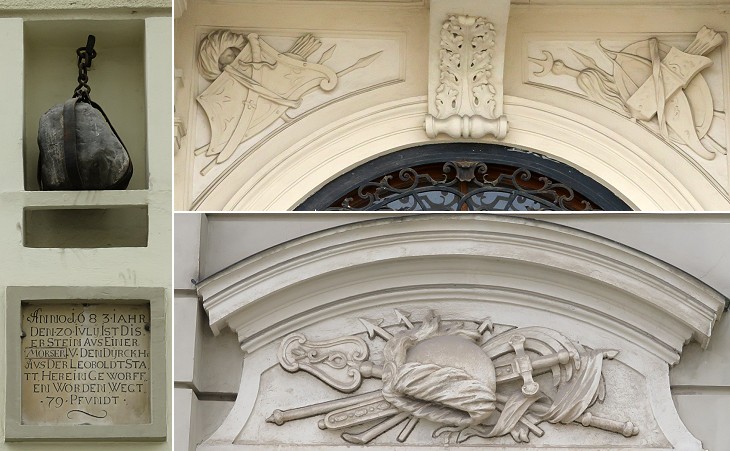 (left) Stone fired by the Turks on July 20, 1683 from the northern outskirts of Vienna in the very heart of the city (Sterngasse 3); (right) details of the decoration of the Lower Belvedere (above) and of the Hofburg (below)

In 1669 after a siege which had lasted more than twenty years, the city of Candia (Iraklion) fell into Ottoman hands: as a matter of fact the very long siege had showed the weaknesses, rather than the strengths of the Sultan's army, but nevertheless that event had raised fears of a renewed attempt to conquer the Christian nations of Europe. For this reason Pope Innocent XI made an appeal for a joint effort to repel the new threat: he managed to secure men and money from Spain and Portugal, as well as from Poland and many Catholic German princes.
Kara Mustafà was able to advance on Vienna only in late June 1683 and to put the city under siege in July.
In 1683 Vienna was not for the Habsburgs, what Constantinople had been for the last Byzantine emperor in 1453. Its fall would not have meant the end of the empire and as a matter of fact Emperor Leopold I chose to retreat with the court to Passau. Even though Kara Mustafà had managed to assemble an army of 200,000 his communication lines were so long that, had he taken Vienna, he would have been in great difficulties in moving further west or north. 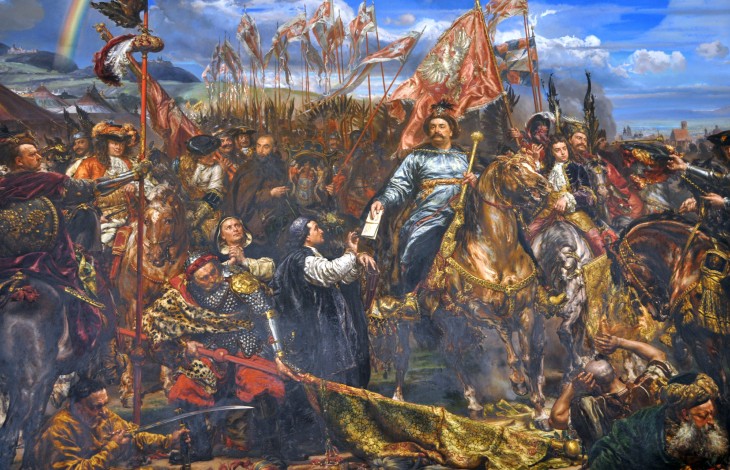 The defence of Vienna was entrusted to some 16,000 troops, including citizens with no military training who were encouraged to fight by Johann Andreas von Liebenberg, Mayor of Vienna.
The Ottomans tried to open a breach on the southern part of the walls near the Hofburg, but on September 10, a Christian army led by King John III Sobieski appeared on the hill of Kahlenberg, west of Vienna. At dawn Marco d'Aviano officiated a mass for the troops. Then the army moved down towards the enemy's camp. The Ottomans were routed and their failed attempt to siege Vienna was soon heralded as a new Lepanto, the great 1571 victory of a Christian fleet on the Ottoman one (the image used as background for this page shows a detail of a statue of an Ottoman prisoner in a console at Palazzo Colonna in Rome).

The Ottomans, after having retreated from Vienna, with the loss of all their heavy equipment, tried to hold their Hungarian conquests, but on November 1, they were defeated at Gran and had to seek refuge in Belgrade, which was the cornerstone of the Ottoman defensive line in Europe. Here the dissatisfaction of Sultan Mehmet IV for the unsuccessful campaign sealed the fate of Kara Mustafà; the Gran Vizier was strangled and then beheaded (see his turbe at Istanbul).
Kara Mustafà was portrayed in many XVIIIth century prints and his name was always accompanied by the adjective "infelix" (unhappy) in a sort of post-mortem mockery.
Pope Innocent XI regarded the defence of Vienna as his major achievement and the relief on his monument was dedicated to this event, with the Catholic soldiers portrayed as ancient Romans. 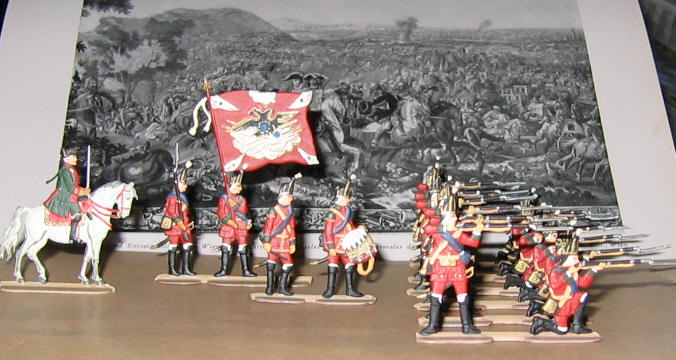 In the XVIth century the Ottoman army was at the same "technological" level as those of the other European countries. In the XVIIth century they started to lag behind in musketry. During the Thirty Years' War (1618-1648) the relatively small, but well trained European armies developed techniques which granted a continuous fire by rotating the musketeers and by using a mechanism which facilitated the firing of firearms. 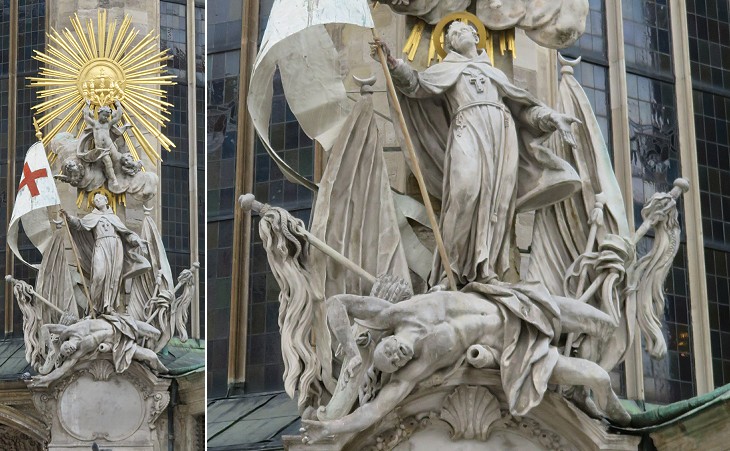 In the prevailing iconography of the Ottomans which one can see in some monuments of Vienna, they do not appear particularly threatening from a military viewpoint, as if their army was just relying on scimitars and arrows: in the monument to Giovanni da Capistrano, a Franciscan preacher who at the age of 70 led a wing of a Christian army to victory in Belgrade in 1456, the Ottoman warrior is portrayed half naked, with a very barbarian appearance; the long strand of hair on the shaved head was supposed to be left to provide a handle for drawing the wearer into Paradise. The monument was inaugurated in October 1738 during another war against the Ottomans; the Imperial Army was unexpectedly defeated in July 1739 and the Ottomans were given back Belgrade in the peace treaty which was signed soon after.