- Renaissance Syracuse
(left) Temple to Hercules at Agrigento; (right) detail of the apse of Palermo's Cathedral 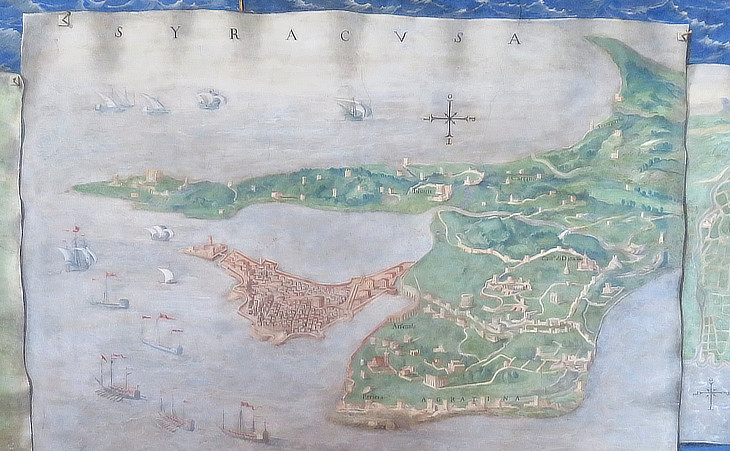 Syracuse was the town of Sicily which was most damaged by the growth of the Ottoman Empire, because of its location at the south-eastern tip of the island. In the middle of the XVIth century the eastern part of the Mediterranean Sea was almost an Ottoman lake. Syracuse was protected by state-of-the-art fortifications but all trade relations, apart from those with Malta, were hindered by an almost permanent state of war between Spain and the Ottoman Empire. 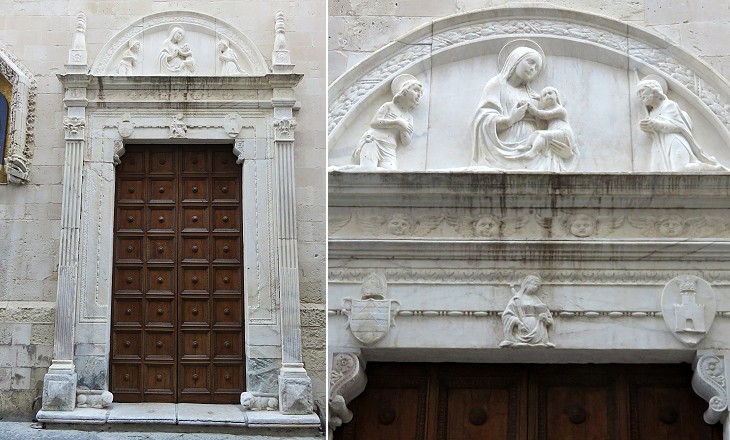 The poor state of the economy had a negative impact on the construction of new churches and palaces, but nevertheless Syracuse has a number of statues and reliefs by the most important Renaissance sculptors who operated in Sicily. 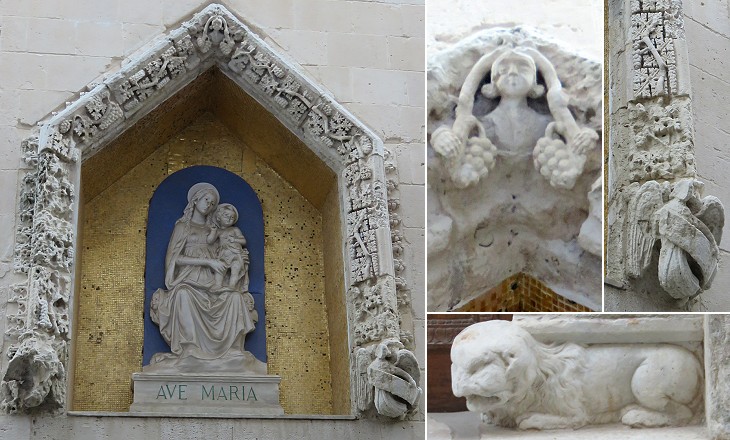 S. Maria dei Miracoli was redesigned and embellished in 1501 to thank the Virgin Mary for the end of a pestilence. It is very near Porta Marina and the harbour. The inhabitants of the neighbourhood used to pray before a lost painted image of the Virgin Mary and the end of the pestilence was attributed to her, hence the reference to miracles in the name of the church.

Galleria Regionale di Palazzo Bellomo: Monument to Giovanni Cabastida, a nobleman from Barcelona who was appointed Dean of Camera Reginale (1472); the inscription is written in Catalan

This funerary monument follows a traditional medieval pattern which was abandoned during the Renaissance for a more realistic depiction of the dead as in the Monument to Antonello Speciale by Domenico Gagini in Palermo. They are almost identical, but that of Palermo is three-dimensional and it shows the face of the dead.

We do not know whether the monument to Cabastida was not much praised or the decisions he made as Dean of Camera Reginale were unpopular, but the other side of his gravestone was embellished with a relief and then utilized to decorate an altar of the Cathedral. 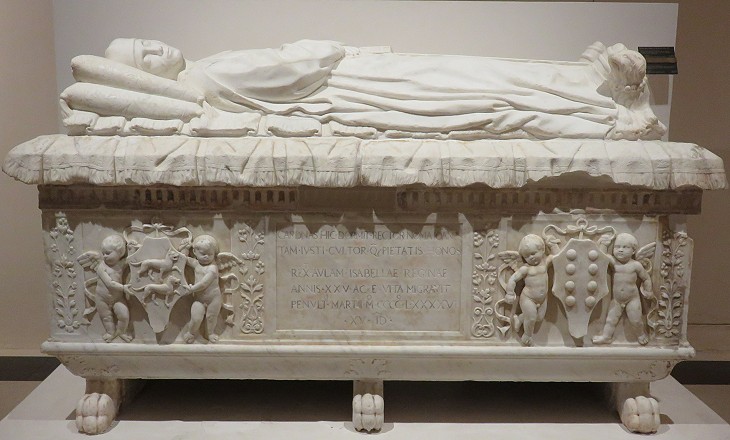 In ca 1460 Domenico Gagini, a sculptor who was born in 1420 in Bissone, today in Switzerland, but at the time a possession of the Duchy of Milan, resettled in Sicily. He, his son Antonello and the three sons of the latter had workshops in Sicily from where they made sculptures and reliefs for the main towns of the island. The image used as background for this page shows a detail of a madonna by Domenico Gagini in Palazzo Bellomo. See some works by Antonello Gagini in Galleria Regionale di Palazzo Abatellis in Palermo. 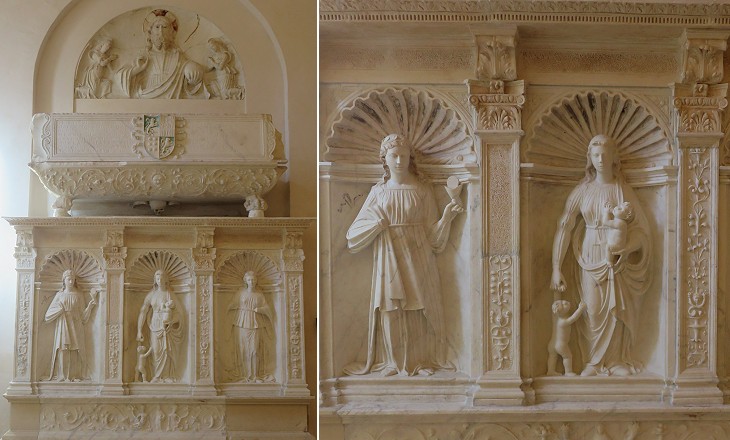 In ca 1510 Giovan Battista Mazzolo, a sculptor from Carrara in Tuscany moved to Messina where perhaps he worked with Antonello Gagini. He then established his own workshop. The monument to Eleonora Branciforte d'Aragona is regarded as his finest work. His style brings to mind works by Andrea Bregno in Rome. 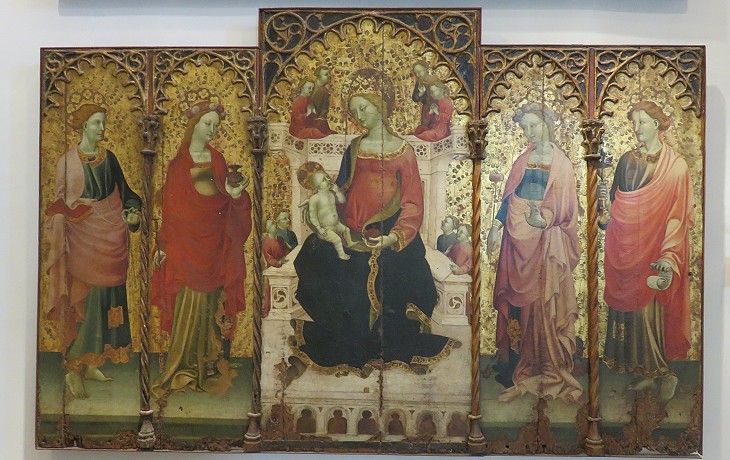 The museum houses a fine Annunciation by Antonello da Messina, the main Renaissance Sicilian painter from a church of Palazzolo. Prior to being influenced by his works, local artists were still linked to patterns which had been already abandoned in other parts of Italy. Syracuse houses interesting early XVIIth century paintings by Caravaggio and Mario Minniti, one of his apprentices.