The skyline of Rome is characterized by domes, chiefly by the dome of S. Pietro, which was completed towards the end of the XVIth century. The desire to admire the new magnificent dome and more in general to have a view over Rome led the richest families to build a little loggia on the roof of their palaces to have their little private belvedere. The loggias were open and they were used in the evening in the summer season, when the western breeze (the ponentino) eased the heat. 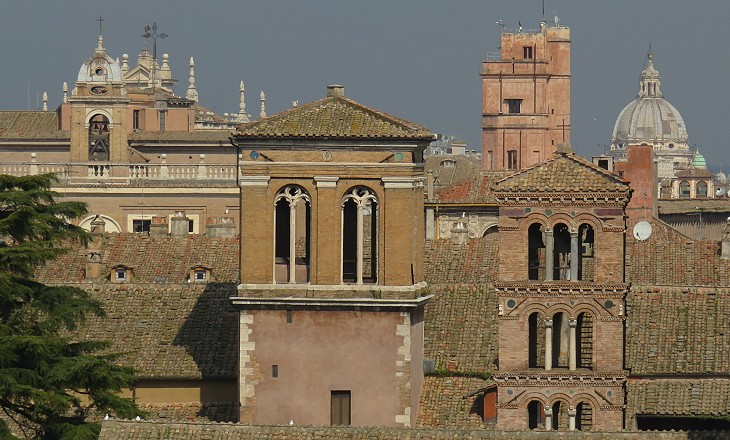 Loggia of Palazzo Venezia seen from Monumento a Vittorio Emanuele II (to its right the bell tower of Basilica di S. Marco, the astronomical observatory of Collegio Romano and the dome of S. Carlo al Corso)

The first loggia was built well before the completion of S. Pietro, by Pope Paul II who built Palazzo Venezia when he was still a cardinal and who lived there also after becoming Pope in 1464. The gothic windows are a clear reference to Venice. The loggia is located on the top of a tower inside the courtyard of the palace and it is not visible from the street. In the first half of the XVIth century the popes embelllished their apartments in Castel Sant'Angelo with two loggias: one having a view towards Rome and the other towards the countryside. 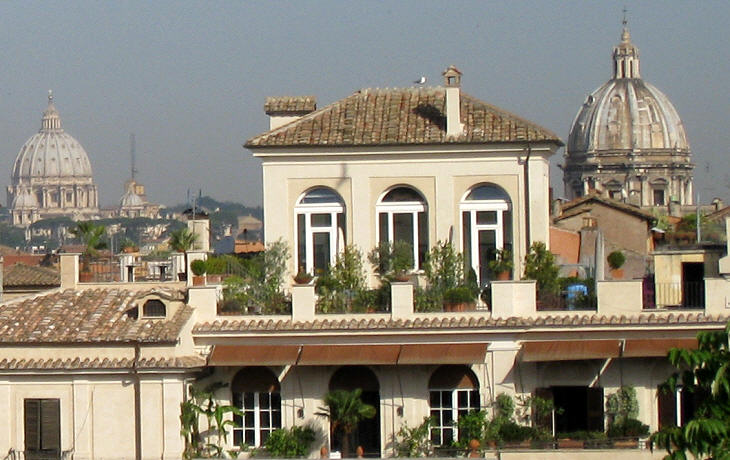 Loggia of Palazzo Capizucchi between the domes of S. Pietro and of S. Andrea della Valle

Some loggias have also a little terrace, in some cases a recent addition. Today the most exclusive parties take place on these terraces, especially when they enjoy an open view over the domes of Rome.

Most of the loggias were built at the beginning of the XVIIth century following the same pattern. Carlo Maderno designed the loggia of Palazzo Mattei. An earlier example of fine loggia attributed to Bartolomeo Ammannati can be seen in Palazzo Vecchiarelli. The loggias were often decorated with the names or the coats of arms of the landlords. 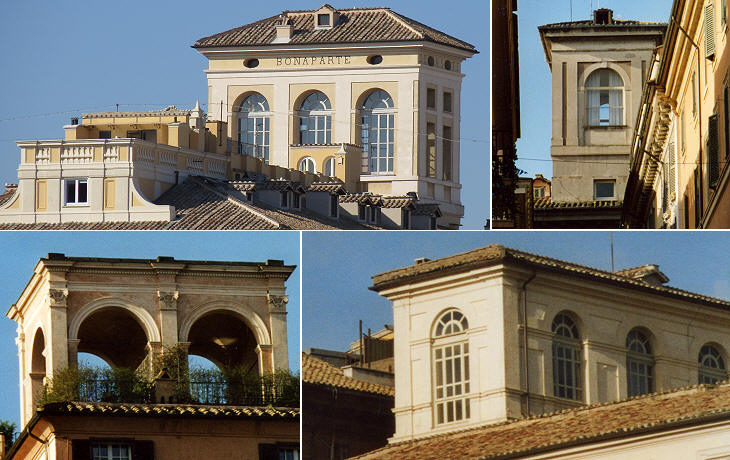 The loggias of the palaces in Via del Corso had the added advantage of allowing a view over the races and the other celebrations which took place during the Roman Carnival. The loggia of Palazzo d'Aste shows the inscription Bonaparte, because the building was the residence of the mother of Napoleon after the fall of the French Empire. The loggia of Palazzo Ruspoli was topped by four little pinnacles which were very similar to those on the top of the loggia of Palazzo Altemps, which you can see in the image used as background for this page. Palazzo Chigi had two loggias, but now it has only one loggia next to Palazzo di Montecitorio. 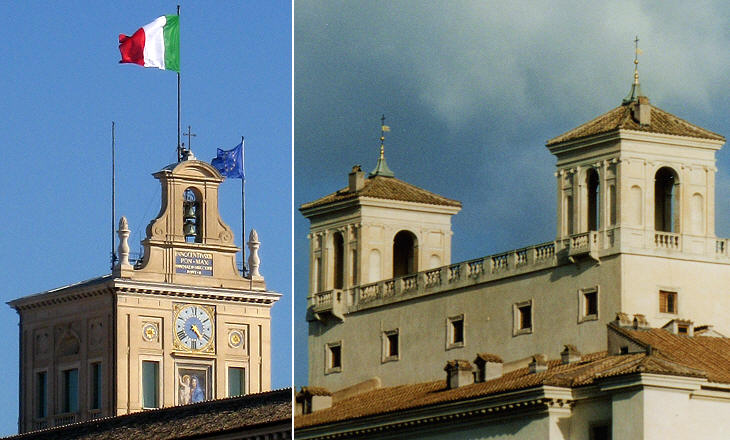 The loggias of the palaces built on the top of the hills have a particularly fine view over the monuments of Rome. The loggia of Palazzo del Quirinale is called il Torrino (the little tower) and it is closed. Villa Medici is topped by two aerial loggias. Both Palazzo del Quirinale and Villa Medici have a particularly fine view over the dome of S. Pietro, especially when the sun goes down behind it. 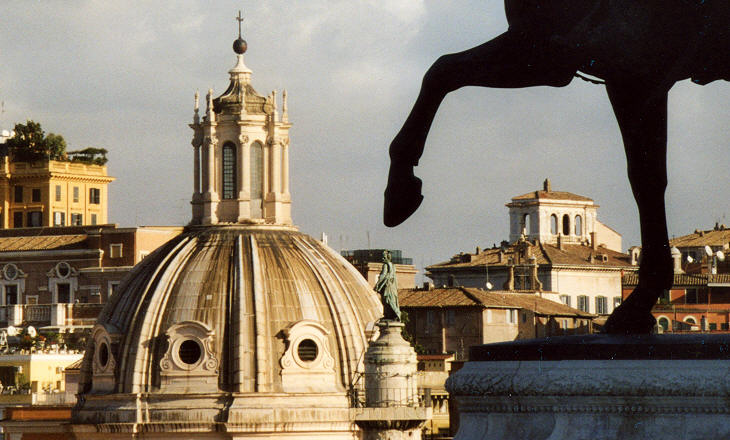 Loggia of Palazzo Rospigliosi seen from Monumento a Vittorio Emanuele II (in the foreground the dome of S. Maria di Loreto and the tip of Colonna Traiana)

The views of Rome are usually views over Campo Marzio, the plain between the hills and the river. The loggia of Palazzo Rospigliosi on the top of the Quirinale hill adds to the view of Campo Marzio a fine view over the other hills of Rome. 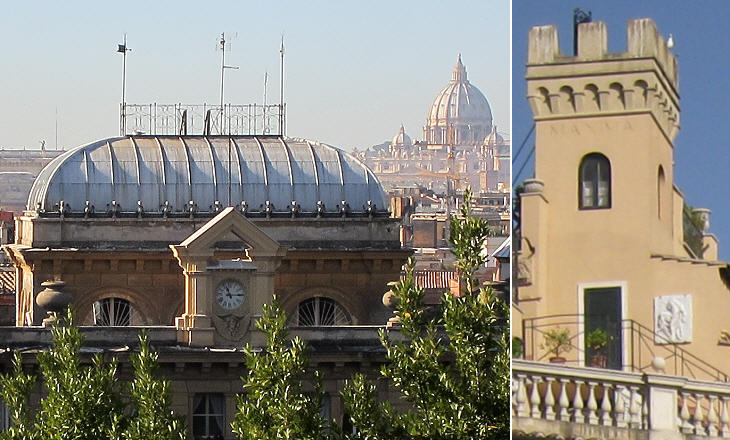 In the XVIIth and XVIIIth century the projects for new buildings or for additions to them were endorsed by the Architetto della Camera Apostolica, a position which was held by a reputed architect, who often requested changes to maintain some consistency in the urban development of Rome. In the XIXth century, with the large development of Rome after 1870, the control was limited to the size of the buildings or of the additions. This led to the proliferation of new types of loggia. In a building near Via Margutta the architect added a loggia very similar to the vault of a railway station (there is even a clock). Palazzo Massimo di Rignano opposite the steps leading to Piazza del Campidoglio has a little castle on its roof, a sign of the XIXth century fashion for the Middle Ages.